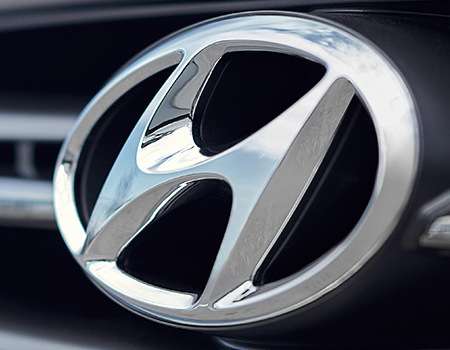 Hyundai Urges Consumers To Be Wary Of Phony Parts

Hyundai has begun a new campaign aimed at getting consumers to use original equipment parts for all major mechanical and body repairs.
Advertisement

Has your car been involved in a crash recently? Or has your car undergone major mechanical repairs? And, were you asked by the shop, where the work was performed, whether they could swap substitute parts in for more expensive original equipment (OE) parts? Or, have you been asked to take your vehicle to an independent shop where the costs may be less?

If you have, you are not alone. Every day, across the country body and repair shops ask the same questions of motorists. Many shops will pick up less expensive copies or imported parts for use on a car. Ostensibly, they will say they are saving you money, but, are they?

On paper, it is true the parts do seem less expensive for two primary reasons: they copies from overseas or they may be re-used parts from already-damaged cars. Either way, automakers have stated, the parts are likely to be compromised and are not as likely to stand up to the rigors of hard automotive use. Automakers have long urged consumers to use OE parts for all major body and car repairs. The latest to launch a warning campaign about counterfeit or re-used parts is Hyundai.

Hyundai, in an effort to warn drivers of the “risks involved when using counterfeit automotive parts,” has launched an integrated ad and public relations campaign that focuses on safety. The campaign issues the cautionary note in a new YouTube video. The campaign warns motorists of the risks involved when using counterfeit auto parts. You can find the video, entitled “Good to Know – Counterfeit Parts,” at Hyundai USA’s YouTube channel or a Hyundaiusa.com/consumerawareness.

Sometimes, due to what the believe to be high costs, motorists choose – or they may be told by their insurance companies – to visit independent repair shops that may not be recognized by the automakers for crash or other major repairs.

Some of these shops may use copies of original equipment parts or recycled components from collision-damaged vehicles – the type of parts often found at salvage yards. Though these parts cost less, the automaker says, that “these parts are unsafe for long-term use and pose a great danger to safety.”
Counterfeit (copies) or recycled parts can also affect a vehicle’s appearance and may decrease its resale value. Hyundai urges its owners to use original equipment manufacturer parts on all vehicle repairs because they meet the automaker’s engineering specs.

Like all manufacturers, Hyundai doesn’t recommend the use or reuse of components that may have been removed or recycled from collision-damaged vehicles.

While owners must be aware, they should also know that it is hard to find out if their repair facility Is using non-OE parts or parts that may have been recycled. Recycled parts can often be damaged due to the crash that has damaged the vehicle from which they were harvested. Or, it is possible that the donor vehicle was exposed to the elements and the parts that were pulled were also damaged.

Fahr Sicher wrote on October 6, 2016 - 10:42pm Permalink
This isn't so much about Hyundai ensuring their owners get the "correct" parts, but in ensuring Hyundai sells the part in the first place - to make the profit. As they are new to the volume game in the U.S. Hyundai is beginning to experience what the entrenched brands have been dealing with for many years - their vendors selling their excess parts through other channels. Most car manufacturers make their profits thru parts sales - because vehicle sale profits cover only the cost of advertising and incentives. It's the old "give away the razor to sell the blades" strategy and when someone else is selling your blades, you react.
Marc Stern wrote on October 7, 2016 - 7:20am Permalink
Your analysis is right on the money, to a point. That point is where you run into the overseas counterfeit market. That's right, counterfeit, which the story alluded to. Unfortunately, there's a huge underground economy in China that cranks out Hyrundai or Hyunda or Hiundai or Hyundi parts in parts boxes that are the exact colors of the original. The parts inside are poor copies. They are made of soft metal that will easily deform under stress. The seals are usually made of rubber-like substances that breakdown quickly. Springs deform after a comparatively short time. Soft screws strip and their heads shear off. I could go on but the litany of problems is just too great. Yes, I know the economic argument you are pushing and that is a good analysis as I said, but, for the most part, it fails to go far enough because it is more than just a matter of razors and blades. It is a matter of reliability versus unreliability.
Fahr Sicher wrote on October 7, 2016 - 9:12pm Permalink
Funny that in all my years in automotive I've rarely seen any parts that match your description - out of China or elsewhere. The reason? Nobody would sell and install them. One lawsuit and you're toast. What mechanic wouldn't be able to tell that part is as cheap as you have described? And what mechanic, regardless of the size of shade tree he works under, would risk his reputation and perhaps his customer's security because he can make a few more dollars selling a clearly fake part? Further, what distribution system, short of the "Direct from China" model, would stock and sell these parts without fear of reprisal? And - why aren't we seeing the type of parts you have described for other brands of cars? Me thinks Mr. Hyundai wants to keep the high parts margins for himself...
Marc Stern wrote on October 8, 2016 - 6:29am Permalink
Ah, let's not forget the army of small independents out there -- and some of the majors who won't tell you such things to your face -- who do open the backdoor when the truck pulls up with the parts no one wants them to see. To say that it doesn't happen ignores human nature. It does, indeed, happen. Of course, dealers aren;t using them and neither are major chains but how many small scrapyards are out there selling parts? How many "JC Whitney" catalog types are out there selling the parts that old document used to hawk. do you think they diappeared? No, they have just gone to Craiglist or Amazon as a vendor of eBay or onto one of the many smaller networks that need advertising support. Yes, you do make good points. However, some years back I remember an issue with Mopar parts and others that appeared to be Mopar and some had Mopare or Nopar names. Near enough the original to make people think they might be real and just misbranded. Add to that the underground market for cheap parts.(To say it doesn't exist ignores a large reality that it does, folks just don't talk about it in polite company.) It's an underground that has its branches in all the states. No I am not a conspiracy freak! Far from it! I have just been around long enough to have seen enough things to know things that aren't supposed to exist really do, in one form or another. I had my first experience with an engine in 1962 when I was a kid and we tore down and did a bit of tweaking to our Dad's old Briggs and Stratton, early four-cycle, gas mower. I have been licensed for more than 50 years. And, I have been reporting on cars for 45 years. Like I said, I have seen lots of water under the bridge and I was speaking from experience.