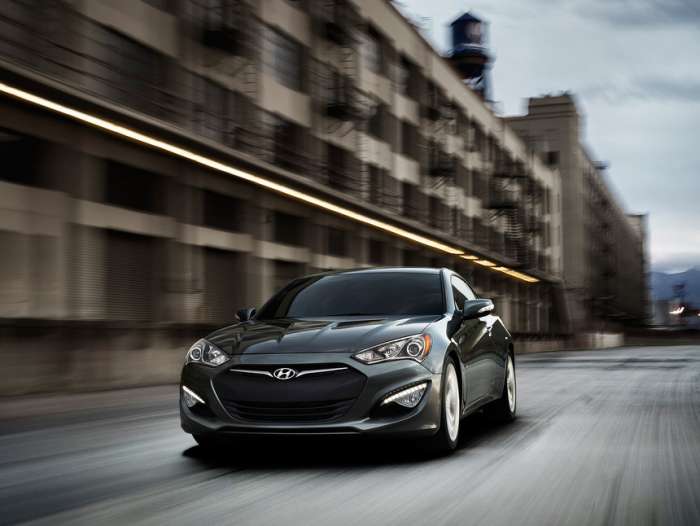 Hyundai has recalled about 85,000 2010-16 Genesis coupes to fix a problem with the front passenger-side airbag system. The problem has to do with a loose connector that knocks out passenger recognition.
Advertisement

For reasons that are very apparent, whenever there is a story about airbags right now, the first thing that comes to mind is Takata. It’s quite easy to see why: Takata airbags have been at the top of the automotive hit parade for more than a year. The now-ailing airbag giant is responsible for the largest auto safety recall in history. So, it’s somehow refreshing, yet serious, when there’s an airbag story that isn’t about Takata.

With that said, Hyundai Motors has recalled nearly 85,000 2010-16 Genesis Coupes for airbag troubles. The problem stems from the electrical harness connector to the front passenger seat occupant classification system (OCS). The connector may come away from its assembly when the seat is moved creating the problems.

OCS Is An Important System

The OCS is an important but little-recognized system in your car. Most people probably associate it with whether the passenger seat airbag connector warning light is on or off and little more. However, there is more to it than that.

In either instance, injuries could occur, according to the recall notice from the National Highway Traffic Safety Administration (NHTSA).

In this voluntary recall, Hyundai Motors will notify owners of the affected vehicles telling them to bring their cars to their dealers for repairs. The free repair consists securing the OCS so it will not disconnect. The recall is scheduled to begin Dec. 2.