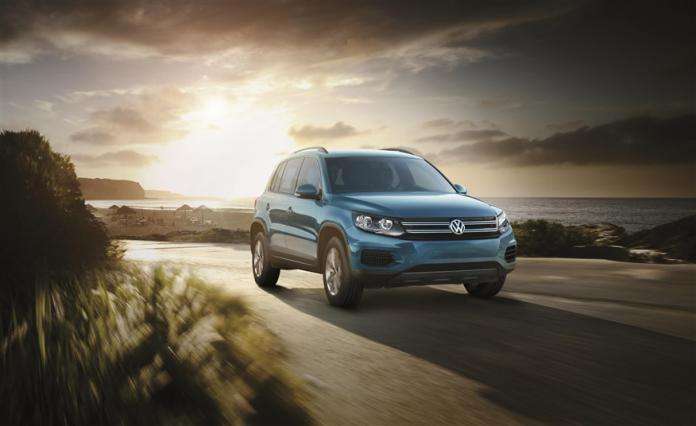 Have You Wondered About the VW Tiguan Limited? Here Are Your Answers

Volkswagen has pulled back the curtains on the new Tiguan Limited that is soon to be introduced at dealers. The Limited is the former standard model. On VW's decision to sell the "long" Tiguan, the automaker decided that the old standard would remain in the lineuup with a new name, the Limited.
Advertisement

When Volkswagen first decided to stretch the platform of the Tiguan, there was plenty of speculation as to what that would mean for the automaker’s reasonably popular compact crossover. Some observers thought that it was to be phased out of the line, in favor of the longer, three-row Tiguan – the so-called “long Tiguan.” Meantime, others thought that the automaker might continue selling both models side-by-side until stocks of the five-door, two-door crossover were used up.

Neither school of thought proved correct as the automaker announced earlier this year that, indeed, it would indeed sell the short wheelbase version alongside the long Tiguan as a full 2017 model. VW Cuts 2017 Tiguan Limited Pricing.

Mounted in a lightweight, one-piece aluminum subframe, the Limited’s strut-type front suspension has lower control arms and long-travel coil spring. A rugged four-link suspension brings up the rear. The system was developed to cope with the rigors of a variety of terrains and to accommodate the available 4Motion® all-wheel-drive system.

The Limited uses an electromechanical variable rate power steering system. The system makes the Limited fun-to-drive. At highway speeds, the steering, which was light at low speeds, becomes firm and direct. At parking speeds, assistance increases. The Tiguan’s turning radius is 39 feet with a quick 2.7 turns lock to lock.

The Limited’s development team installed an impressive braking system. At the front, there are 12.3-inch vented discs, while the rear mounts 11.3-inch solid discs. The brake system has unique drying system. The disc brake system features a brake disc drying system that removes water from the rotors, improving wet-weather stopping. Among the other brake system features is Electronic Brake-pressure Distribution and Hydraulic Brake Assist. An electronic parking brake is standard on all Tiguans.

VW’s 2.0-liter TSI turbocharged four powers the Tiguan Limited. Technically sophisticated, the powertrain features double overhead camshafts, four valves per cylinder, direct fuel injection and variable intake timing. Tiguan’s intercooler helps to still the major issue with turbocharging, throttle lag. Because of the plumbing needed to keep the air/fuel mix cold and compressed, the Tiguan Limited employs an intercooler. The result of this work is evident. Aside from its almost instant power, the small four puts out an impressive 200 horsepower and 207 pound-feet of torque at just 1,700 rpm. EPA-estimated fuel economy is 24 mpg highway and 20 mpg city. Premium fuel is required.

For added traction, Volkswagen is using its capable 4Motion all-wheel-drive system. It is available on all trims. An electrohydraulic system, the system puts power to all four wheels without the need for buttons or levers. The continuously variable center differential moves the driving force between front, and rear axles as the traction needs change. VW’s engineering team built the Tiguan for 4Motion all-wheel-drive. The Tiguan’s design reflects its ability to handle a wide variety of conditions. Its wheelarches are squared-off and feature plastic surrounds to help protect the paintwork. The short front overhang allows a 28-degree approach angle.

On the outside, the 2017 Tiguan Limited combines the style and sophistication of a sporty, urban compact crossover, catering to an active lifestyle. The Limited is small at 174 inches nose-to-tail, 71 inches wide and 66 inches tall. The dimensions make it perfect for city or country living.

Perhaps the most noticeable external features include the raked windshield, rising waistline, large side windows and the wholly unmistakable C-pillar at the rear. Also, the Limited rides on 16-inch steel wheels. Models equipped the Wheel Package swap the 16s for 17-inch aluminum alloy wheels.

The Tiguan Limited offers seating for five adults (three and two). Getting to the interior through the wide-opening doors is easy and enhances the generous legroom and headroom. The high-lifting rear door can accommodate large objects. The cargo area features tie-downs to help keep things in place. There is also a 12-volt outlet to power cooler and air pumps.

The interior is trimmed in soft-touch plastics on the fascia and crisp metallic trim, as well. The Limited features cloth seating in charcoal.

Limited Models feature touchscreen displays of 5 to 6.3 inches, depending on Package. The larger display is part of the Premium Package. Among other features, Limited models can use SD memory cards, and they offer rearview cameras and standard Bluetooth technology. A USB interface is also available. Premium vehicles also feature a free trial of SiriusXM Satellite Radio, HD radio, SMS-compatible texting with compatible phones. And, Apple’s CarPlay and Android Auto and MirrorLink technology is available. This only touches some electronic features available on the Limited.

Tiguan Limited features a combination of passive and active safety systems. It has been built to meet or exceed all current crash regulations. It also features six airbags and Electronic Stability Control as well as Volkswagen’ Intelligent Crash Response System. It automatically shuts down the fuel pump, unlocks the doors and switches on the hazard flashers if the airbags deploy.