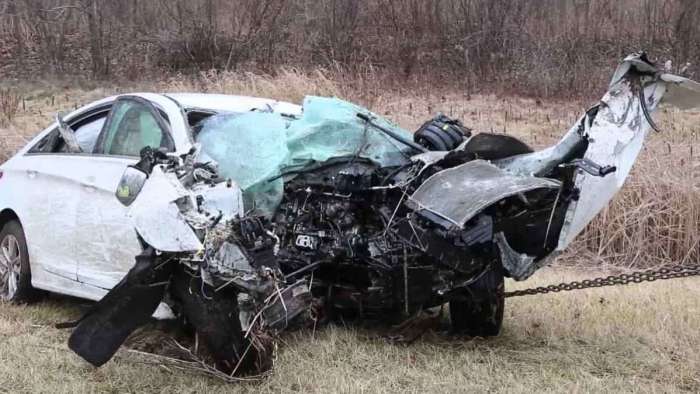 The Governors Association and the Ford Fund have joined to combat the epidemic of teen driving deaths that have spiked during the COVID-19 pandemic. A new analysis shows the extent of the issue.
Advertisement

As teen driving deaths have spiked during the COVID-19 pandemic, a new report by the Governors Highway Safety Association (GHSA), which has partnered with the Ford Motor Company Fund, examines the significant role speed plays in teen driving fatalities and presents parents with practical tools to keep teens safer.

The report, Teens, and Speeding: Breaking the Deadly Cycle, is the first look in recent years at the role speeding plays in teen driver deaths. It incorporates recently released data that includes state-by-state statistics. It also sheds new light on what we know about speed-related fatalities involving teens. For example, the driver is more like to be male, have run off the road or rolled the vehicle, and be unbuckled. Richard Retting of Sam Schwartz Consulting conducted the analysis.

While the new report only includes data through 2019, the analysis of teen driving deaths is timely as overall traffic crashes have spiked during the pandemic, and speeding on less-crowded-than-normal roadways is cited by states as a significant factor in the surge in motor vehicle fatalities. Parents may also have less time to spend training their teen drivers, given other priorities during the pandemic.

The GHSA report also notes that a teen driver's risk of being involved in a speed-related fatality rises exponentially with each additional passenger in the vehicle. It is an incredibly worrying situation as more teens, eager to see their friends, may drive together as the COvID-19 vaccines become more available. Unfortunately, these dangerous conditions were demonstrated earlier this month when seven Michigan teens, between 17 and 19, were hospitalized when the vehicle in which they were riding left the roadway and rolled. Speed was a factor; the crash happened late at night.

' Our Country Has A Speeding Problem

"Our country has a speeding problem that has only worsened during the COVID-19 pandemic," said GHSA Executive Director Jonathan Adkins. "Thousands of people die needlessly on our roads because some drivers mistakenly think less traffic means they can speed and nothing bad will happen. The data tell us that teen drivers are the most likely to be tempted to speed, so the need to address this issue is more critical than ever given traffic death trends during the pandemic."

The GHSA report identifies real-world, practical tools, along with technology, that parents can leverage to help rein in speeding teens, as well as re-evaluate their driving behavior. The latter is often critical since speeding is typically passed down from parent to child.

Surprisingly, one technology solution rides with nearly all teens, their cell phones, which parents can use to track speeding, hard braking, and other actions via apps. In-vehicle technology, particularly systems that allow parents to limit a vehicle's top speed, can also help. Other tools discussed in the report include driver education and training, speed enforcement, graduated driver licensing laws, parent-teen orientation sessions, and driving agreements, as well as peer-to-peer programming. Each provides opportunities to address teen speeding.

For nearly two decades, GHSA and the Ford Fund have worked together to address teen driver safety through the award-winning Ford Driving Skills for Life program. The Ford Fund's signature program, Ford Driving Skills for Life, has invested more than $60 million to provide free advanced driver education to more than 1.25 million newly licensed drivers in all 50 states and 46 countries worldwide since 2003.

"Speed management continues to be a key component of our training, and this report reaffirms its importance," said Jim Graham, Ford Motor Company Fund Manager. "Teens don't see speeding as a serious problem, and parents likely don't recognize how rampant it is for novice drivers, so teaching them about the impact is critical."

On Feb. 4, GHSA will host a webinar that takes a closer look at teen speeding, a troubling and persistent problem. GHSA Senior Director of External Engagement and nationally recognized teen safe-driving expert Pam Shadel Fischer will share the report finding and discuss critical recommendations with a panel of teen safe driving advocates. 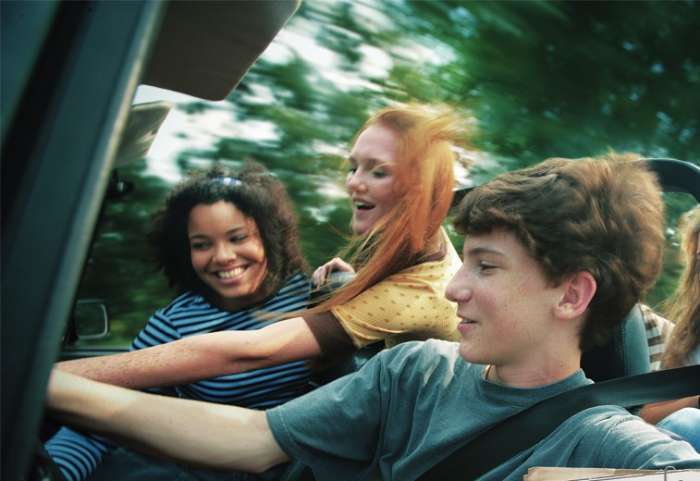 Cross wrote on January 28, 2021 - 10:29am Permalink
Volvo IS the only auto manufacturer, as far as I know that has implemented such measures, for example, in 2019 they released the "Red" Share Key (orange now for 2021 models). A programable key that allows you to set a top speed for your teenager, not to mention, a limit to how loud they can play music, and set a curfew in the Volvo. More notably, 2021 models now have a limited top speed of 112mph or 180km/h. Some people may complain about it, but then again a lot of people complained about the Seat belt that Volvo engineers invented in 1959, which has saved well over 1 million people. So you choose, Death or Safety?
Marc Stern wrote on January 30, 2021 - 7:27am Permalink
I have no objection who does what and who claims credit for it. Volvo, for years, has been the safest car on the market. I believe the examples you have cited are quite good but here's my objection: 112 mph is still enough to get anyone in trouble quite quickly. If they want to limit it to a much lower speed, I would be much happier. As it is 112 is way too fast for most drivers.