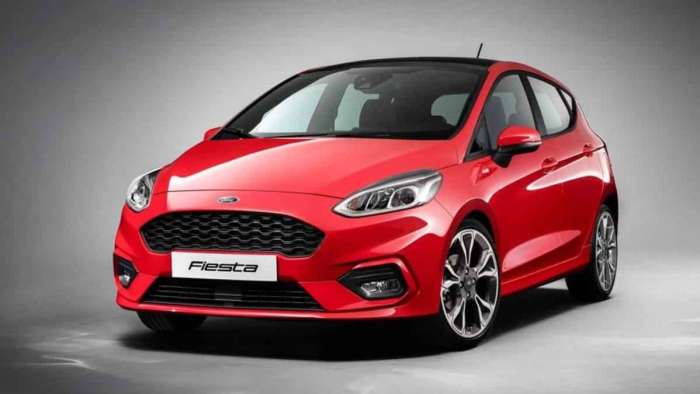 Ford has taken the first steps to restart its European assembly lines as it begins to build customer-sold cars. The plants are taking all sorts of health measures including social distancing and health and wellness checks every day.
Advertisement

Monday was a big day for Ford of Europe. The automaker successfully restarted its production lines.

Ford To Take A Go-Slow Approach

Ford of Europe announced the restart last week. At that time, the automaker indicated that it is taking a carefully planned go-slow approach to ramping up its vehicle making

Beginning with dealer-sold customer orders, the automaker will slowly ramp up production over the next four months. Though there is no final date as to when the plants will be in operation, Ford said it would take four months to get to full output. The four-month prediction puts full production in September.

The measured restart follows a seven-week suspension of all European production. The plants Ford is restarting include facilities in Germany, Romania, and Spain. In the United States, the planned introduction of the Ford Bronco has been pushed out to September by the coronavirus. I detailed the delay in a story I wrote about the affect of the virus on the anticipated SUV.

Meanwhile, Torque News Reporter Jimmy Dinsmore discusses when you can order your Ford F-150.. Getting those pickups might have been delayed further by the weather as a plant was damaged in a tornado. Jimmy Dinsmore also discussed how the assembly line was damaged but not so badly it can't roll quickly.

As "part of the phased restart," said Ford in a statement, "production will begin at a low level and will gradually be ramped up over the next four months before full production is reached." Customer-ordered vehicles are first in line.

Ford has been working with the workers in the plants to ensure that they have employee buy-in. To that end, the automaker is assuring that each plant meets global social distancing standards. Also, the plants will have significant health and safety standards in place.

Part of the standards include daily wellness self-assessments, and employees will receive personal medical kits. Assembly line workers will also receive Ford-made personal protective equipment and facemasks. The reason for the Ford-made label is to ensure that health workers receive priority.

"The response from our employees has been incredible. Our teams have been highly proactive in support of their local communities" throughout the coronavirus crisis, "and now they are back to what they do best, making the vehicles that will get Europe moving again," said Dale Wishnousky, Ford of Europe manufacturing chief.

He continued that they "monitored the situation" regarding processes "very closely to ensure" everything was right and that "all the measures were in place to provide a safe and protected workplace." Everything worked smoothly, the automaker said.

To that end, the automaker opened up the Saarlouis and Cologne vehicle assembly lines plus the Cologne engine plant plus the engine plant in Romania. All of them reopened on Monday. On May 18, Ford plans to open the Valencia, Spain engine production plant. There are no reopening dates yet for the Dagenham or Bridgend plants in the U.K.

During the opening, Armin Laschet, prime minister of the German state of North Rhine-Westphalia, toured the Ford Fiesta line in Cologne. He said that it was a "good signal for North Rhine-Westphalia that production at Ford in Cologne starts again … 7,500 employees are now coming back from short-time work, and they all help us to achieve responsible normality," one that is "considerate and careful."

Sources for today's story included The Newswheel.com and The Automotiveworld.com.