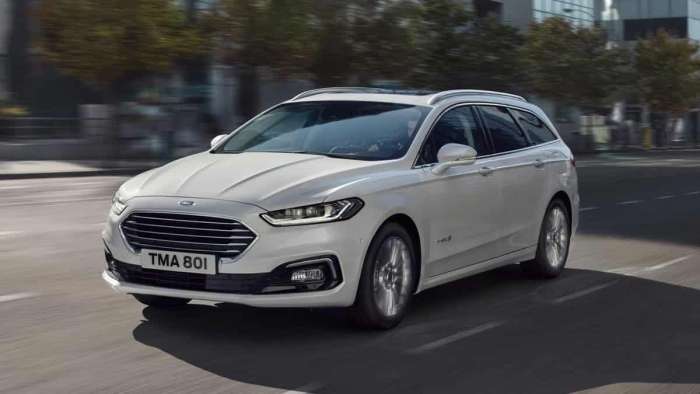 Ford has been doing some trademarking as of late. The latest is a new version of the Mondeo. It uses the Evos name from the Frankfurt Motor Show where it named a concept vehicle. The new vehicle may be a Subaru Outback-like crossover.
Advertisement

If you follow the Ford Motor Company, you may have facts that few others have at their fingertips. For example, you may have known that back in the 1960s, one of the best-selling economy cars in the U.S. was the Ford Falcon. When Ford pulled the plug on the Falcon, and it went extinct here at the end of that decade, you would have thought it was gone for good. There were no more mentions of it in Ford literature, which isn’t to say it wasn’t on sale elsewhere. The Falcon has been holding its own in Australia where it is at the top of the sales charts.

Here’s A Different Type Of Ka

Are you ready for another little-known Ford? Have you ever heard of the Ka? No, it is not a weird way of saying “car.” It is a real model. The Ka has been one of Ford’s overseas best-sellers for years. It is among Ford’s top sales successes, though unless you live in Asia, you probably have never heard of it. It is known as a city-car. In general, city-cars have tiny footprints; small engines; colossal fuel economy, and fantastic handling.

And here’s one more that you may have heard of if you drive a Fusion. It is the Ford Mondeo – the Fusion’s name in the rest of the world. While the Mondeo name is not common in North America, it has been a stellar seller in other markets like Australia, the United Kingdom, and New Zealand.

Over the weekend, Torque News featured several new potential names for Ford Bronco models when the SUV debuts in 2021. Ford Has Been On A Trademarking Tear. And now the automaker has trademarked another new name, this time, though it is for the Mondeo/Fusion line. The trademark is the Evos or Mondeo Evos.

Ford made its trademark requests for the Evos in Australia, Great Britain, and New Zealand, among other major markets. The trademarks covered, says the Ford Authority (FA), internal combustion (ICE)-based vehicles, electric cars, and their parts.

Watch news about the Ford F150 Pickups and Broncos and Mondeo and their possible changes for 2021. Click To Subscribe To Torque News Youtube Channel For Daily Ford and Automotive Industry News Analysis.

Interestingly, while the Mondeo moniker is known across much of its market range – Europe, Australia, and New Zealand -- in North America, it is called the Ford Fusion. The Fusion is a mid-sized, front-drive sedan powered by a variety of engines. Current engines range from Ford’s 1.5-liter EcoBoost turbocharged four to its 2.0-liter EcoBoost four. There is also a 175-horsepower non-turbo 2.5-liter four. Finally, there’s a twin-turbo 2.7-liter EcoBoost V-6 that cranks out 310 horsepower.

One question arose at this point. Why would Ford bother to trademark the Mondeo Evos name? There is no requirement that a car name is trademarked.

FA found a very reasonable explanation for the trademark application. Evos was a concept car at the 2011 Frankfurt Motor Show. A two-door, it showed the styling direction of the then-“current-generation Mondeo/Fusion, as well as the current sixth-gen Mustang S550.” If you look at the name, though, there is no clearcut delineation between models. Remember, the name appeared on two different concept models. To clear up any model confusion, Ford had to trademark the name. So, now that it has the Mondeo Evos name are there any parameters for the new model?

The most current speculation on a replacement for the current Mondeo/Fusion sedan is a wagon/crossover-type vehicle, similar to the Subaru Outback. Indeed, there may be two Mondeo-based names in the lineup when the dust settles, the Mondeo Evos and the Mondeo, as Ford may choose to keep both models.

Tesla-Funded Research Reveals One of The Biggest Mysteries of EV Battery
Tesla Tesla Buyer Nets a Whopping $12,000 Discount After Asking for Reduction
END_OF_DOCUMENT_TOKEN_TO_BE_REPLACED