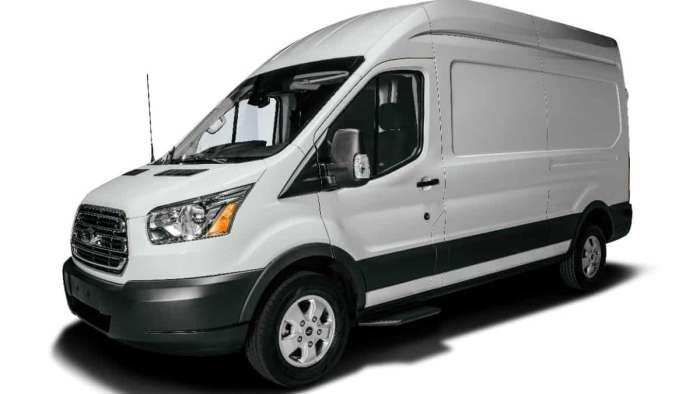 At this week's Camper Show in Europe, Ford debuted an entry-level van/camper based on the Transit Connect. This van conversion enhances its flexibility by using three parallel rails on which various options like tables or beds slide.
Advertisement

Sometimes, Ford of Europe details some exciting vehicles that may or may not make it across the Atlantic. So, why would we mention them at all? There are two reasons: 1. They could make it here; and 2. If they don’t make it, they represent potential niches for enterprising individuals. Specifically, we are talking about camper/van conversions.

For example, an enterprising Ford F150 outfitter may look at the European van/conversion market, and see opportunities there either in full Transit van conversions. Or, if they are not ready to commit to total transformations, they may want to offer the pieces that would enable someone to put one together in the U.S.

So, what are we discussing? It a rather nice conversion van/camper, based on the Ford Transit, that the carmaker calls the Ford Flexibus. It is a flexible van/camper built by Sortimo Speedwave GmbH.

There are two versions of the Ford Flexibus, the 320 and 340, based on the L1 and L2 wheelbase versions or the regular and the long wheelbase, respectively. The L1 sits on an 11-foot wheelbase, while the L2 is a bit over a foot longer at 12.3 feet. The L1 can carry up to 900 kilograms, while the longer model can carry 1.1 kilograms. There are two turbodiesel motors available. And, there are either a six-speed manual or an automatic transmissions available.

Watch for news about various Ford truck models in the U.S. and Europe. Click To Subscribe To Torque News Youtube Channel For Daily Ford and Automotive Industry News Analysis.

Okay, now that we have the basics of the vehicle covered, let’s look at the fun stuff with a historical question. Do you remember the Volkswagen Bavaria/Vanagon? Volkswagen based it on its third-generation VW Bus (the model that looked like a miniature city bus). Like the VW, the Ford features a pop-up tent top with accommodations for two. Meantime, like the VW, the cabin can accommodate upholstered sitting chairs, desks, and other items that make the Ford offering reconfigurable. For instance, the cabin can be configured to sleep four (for a total of six), or it can sleep two and with gear hold-downs, carry bikes and other things.

Ford calls the Flexibus, an entry-level van conversion that can sleep up to six. The automaker creatively uses three parallel tracks that enable you to set up sleeping or eating accommodations. Or, you can make the Flexibus a rolling office by using the same rails to install desks and meeting tables for clients. The reconfiguration possibilities are amazing. We found a universal video that shows you all about the Flexibus. We will warn you that it is in German, but, you don’t need to speak to language to see what the Flexibus is all about.

Though there is no official European pricing for the Flexibus, we have seen information that suggests the price will be about E35,000.