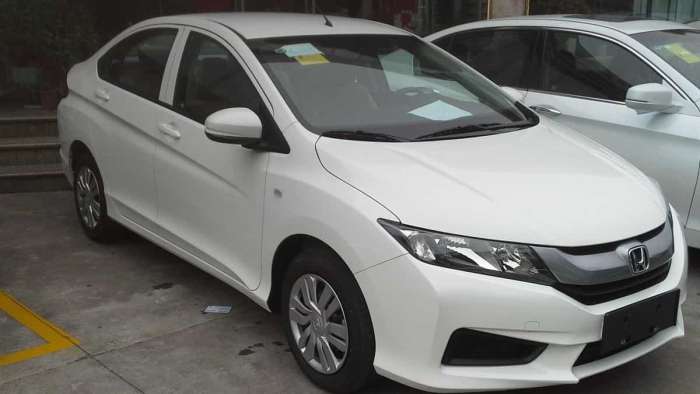 Honda, which more than any other automaker felt the sting of the Takata airbag inflator recall, can see the light at the end of the dealership driveway. With the 1.6 million vehicles it has ordered recalled, the automaker is completing the final phase of its Takata airbag recall six months early.
Advertisement

At last, there’s light at the end of the tunnel for Honda and its part in the Takata airbag inflator recall, the largest safety recall in history. Friday, the automaker announced that the recall of the last 1.6 million vehicles set to receive replacement airbag inflators. The automaker said it was six months early. Honda Spurred To Recall Large Pool Of Cars

In a statement released to the Associated Press, the automaker noted that it had completed its recall work six months ahead of schedule. Honda announced that it had recalled more than “22.6 million inflators in about 12.9 vehicles.” (It may seem as if there is a disparity between vehicles and inflators. The reason is simple; some vehicles required only the replacement of the driver-side device, while other vehicles required replacement of both the driver-side and passenger-side airbag inflators. Some Of Honda's Airbag Issues Involve 2019 Models

Honda was especially hard-hit by the recall because it had sole-sourced its airbags and inflator hardware from Takata. Indeed, the automaker had about a one percent stake in the airbag manufacturer as part of Japan’s complex business code. This relationship kept Takata as Honda’s sole-source until 2016.

Honda has so far completed 83 percent of its recall responsibilities, one of the leading rates among the 19 carmakers involved in the airbag inflator bruhaha. The automaker has recalled vehicles made by both Honda and Acura (Honda’s luxury division) since the first recall in 2008.

Honda Vehicles Have Required More Than One Recall

Some Honda vehicles have required more than one trip back to their dealerships because the replacement parts were faulty, made by Takata. Honda also identified a 300,000-vehicle kernel of anomalous vehicles whose failure rates were higher than average. On average, investigators found that the Civics, Accords and other vehicles involved had failure rates of more than 57 percent, in some cases. Honda issued a “do not drive” recall for these vehicles and told drivers to park them and remain away from them until Honda could have them towed in. Some Airbag Issues Have Required More Than One Recall.

The inflator issue had its beginnings in the late 1990s when Takata was searching for a more cost-effective device. The manufacturer settled on one that was a bit more complex to build and seal. Takata reportedly knew there would be problems with this particular inflator. The manufacturer was warned by a safety engineer that there was a major problem with the inflator the manufacturer had settled on.

Unfortunately, Takata didn’t pay attention to the warning and sold the parts for installation across the auto industry, both domestic and imported. By 2003, there were reports that Takata airbags had problems. Some of them were involved in informal recalls that were covered by service bulletins.

Honda Issue Was With The Propellant

The issue involved the propellant chosen and the poorly manufactured parts coming from the airbag manufacturer’s plants. As investigations were to show, a combination of heat, humidity, and poor sealing led to the ticking timebombs. Indeed, to this point, 15 drivers have died in the U.S. as a result of injuries they received when the inflators went off. The inflators not only exploded but also as they exploded, they shattered the metal housings, creating the shrapnel that scythed through the interior of the car. The number of fatalities rises to 22 worldwide, with more than 200 people injured worldwide.

About 2003, when Takata reportedly conducted the first of its internal investigations, and they found that the inflators were at fault. The primary culprit was found to be the propellant which attracted moisture as well as their construction.

Regulators noticed these issues and the manufacturer was ordered to look at its products and correct any issues. By 2008, though, the issues identified, including sealing, were still undone and the National Highway Traffic Safety Administration (NHTSA) ordered the first of two airbag inflator recalls. About 2015, the agency ordered an investigation following the failure of 2008 recalls.

Honda Recalls By More Than One Agency

In the meantime, NHTSA, the Department of Justice (DOJ), and other agencies launched their investigations that resulted in record fines for Takata and other major issues. Meantime, the major recall kept on growing to the point where it involved 19 automakers. Ultimately, it was to involve more than 55 million inflators and better than 42 million vehicles. It is still ongoing.

One of the settlements that arose from the many probes by the Commerce Department and others was a firm timetable that affected the industry. Honda was involved, for instance, and was to have completed its recalls by 2020. They have finished early. Fiat Chrysler Autos has also reported they wrapped up their recalls.

One thing that did happen during this whole issue was that it proved too much for Takata. Not only was it trying to make the replacement parts, but it was also trying to, and it is trying to meet its obligations under various settlements. Key Safety Systems purchased Takata after the airbag manufacturer went bankrupt earlier this year.

The bankruptcy didn’t halt the recall or the requirements laid out in various lawsuit settlements. Takata’s successor is handling the load, assisted by other manufacturers such as Autoliv and others.

Here's the full list of vehicles affected by all of Acura's and Honda's Takata recalls: