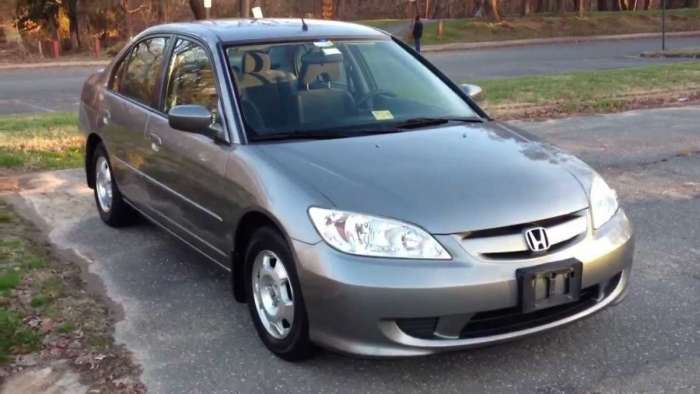 Honda has recalled more than 1 million vehicles, built from 2001 to 2016, to replace already-replaced Takata airbag inflators. According to the automaker, the recall was launched when they found that the already-fixed airbags were likely to have degraded propellant which can raise issues on deployment.
Advertisement

Quite possibly because Honda was Takata’s major airbag customer, the most significant safety device recall in history seems to be affecting the automaker more than others. Indeed, it was this close cooperation that impacted the automaker again this week as it added more vehicles to the ever-growing recall.

Through yesterday, Honda had reportedly recalled a total of 12.1 million vehicles, as part of the continuing airbag safety recall. The number grew yesterday as Honda added a significant number of vehicles -- 1.1 million -- to the recall. Interestingly, many of the vehicles added had already been repaired once.

Takata was, until late 2016, the sole supplier of airbags and related parts to the automaker. At that time, Honda withdrew its support of the airbag manufacturer and sought added sources for its airbags.

Part Of A Honda-Backed Recall Effort

According to Honda, this latest effort is part of a company-sponsored drive to fix the problem once and for all. The automaker said that they discovered the issue in a 2004 Honda Odyssey minivan. The vehicle was involved in a one-vehicle crash last year. The driver was reportedly injured in the accident. The airbag involved was the drivers-side front. According to the National Highway Traffic Safety Administration (NHTSA), the inflator involved in the crash was part of the devices replaced Takata’s original-equipment drivers-side inflators. Only one injury has been attributed to these devices.The automaker that it is using replacement parts from alternative suppliers, rather than from Takata.

Meantime, when Honda looked more closely at the January 2018 crash, it discovered that the replacement inflators, manufactured at Takata’s Monclova, Mexico plant had had manufacturing defects that brought excessive moisture into the inflator during assembly. This is precisely the issue with the airbag inflators. Because they use the propellant ammonium-nitrate, any moisture intrusion causes the propellant to degrade. This can usually take between five and eight years or longer to occur. Investigators have found that as the propellant degrades, it creates a stronger blast and wavefront. On deployment, as the blast-wave travels outward, the airbag inflator housing and related equipment shatters creating jagged shrapnel which then scythes through the interior of the vehicle sometimes with fatal effect.

To date, 15 drivers in the U.S. have been the victims of the inflators. And, more than 250 have been seriously injured by the exploding housings. Worldwide, the number of fatalities stands at 24, including a cluster of victims in Malaysia. No one has been able to explain that particular cluster of five deaths. Nor have they been able to tell why about 300,000 Honda Civics and Accords, built from 2003 to 2006, have seen failure rates of 45 percent.

Honda will begin notifying owners of the affected vehicles early next month.

According to NHTSA, the vehicles involved in the latest chapter of this recall were already part of the most significant safety recall in history. The recall involved at least 50 million airbag inflators that were used in 37 million vehicles. Nineteen manufacturers have been required.

The recall had its roots in the late 1990s when Takata was searching for a safer and quicker type of inflator. About 1999, engineers presented the manufacturer with a safer style of the inflator. The critical drawback was that it was much more expensive than the device it was replacing. That effort ended quite quickly. There were reports at the time – some of which hit newspapers and TV – that Takata airbags installed in various vehicles had issues. And, Takata was reported to have conducted an investigation which reportedly showed the style of the inflator and the propellant that remained in use were the cause if major failures. Nothing was done, though, and the probe was reportedly deep-sixed by management due to the issues it stirred up.

Through the early 2000s, there were reports of issues with Takata airbag inflators, however, managed to keep a lid on things. That was until 2008 when the first recall was ordered. Within the next couple of years, the first recall was expanded, and other recalls were added. In 2015, NHTSA and other agencies became involved, as did the courts. The result was a massive expansion of the recall and the punishment of Takata. Ultimately, Takata couldn’t support the requirements of the recall and various judgments. They were purchased in 2017 by a “white knight,” who, along with other manufacturers have sought a successful end to the recall.

LG's New EV Battery Plant Is a Welcome News for Tesla
Tesla Giga Berlin's New Hurdle: It's Not Only the Gov't, but Now Tesla Itself
END_OF_DOCUMENT_TOKEN_TO_BE_REPLACED