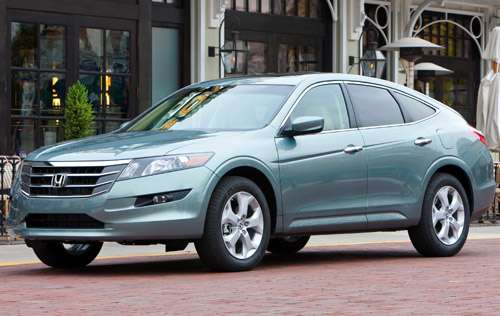 While there hasn’t been much noise about it lately, the Takata airbag recall and its aftermath continue to roil the auto industry. For example, Honda and Acura have launched a recalled for 19,000 vehicles to replace improperly installed airbags. Honda first installed the safety devices as part of the massive Takata airbag recall.

Reason For Recalls Is Improper Installation

The reason the replacement of the replacements is necessary is that, according to Honda, “dealer technicians at several U.S. dealers may have installed replacement inflators incorrectly.” The result is that the front airbags may not deploy properly in a crash, increasing the chance of injury.

This recall is similar to 2017 and 2018 recall campaigns. Honda says there have been no improper deployments or injuries as a result of this problem.

Earlier this year, Honda recalled 1.1 million vehicles due to a manufacturing flaw in already-installed replacement driver-side airbags. The smaller recall also covers some of the vehicles involved in the larger recall.

The vehicles involved in the recalls were already part of history’s largest safety recall, that involved some 50 million Takata airbag inflators in 37 million vehicles. According to the National Highway Traffic Safety Administration (NHTSA), the massive call back involved vehicles from 19 manufacturers.

Propellant The Cause Of The Recall

The massive recall revolves around Takata’s choice of airbag propellant. The airbag manufacturer chose ammonium nitrate as to inflate its airbags. Due to manufacturing issues, over time moisture infiltrated the chemical, primarily in areas of high humidity and temperature (the U.S. South, for instance). This created a condition where the propellant in the flawed inflators degraded. As the propellant degraded, the explosive force of the airbag inflators became very violent. The resulting blast ended up destroying inflator housings, turning the shards into shrapnel that could kill or wound the driver and passenger.

To date, 15 drivers and passengers in the U.S. have died as a result of the exploding inflators, while 250 more have been seriously injured, according to the federal safety agency. Worldwide the number of deaths has hit 25 with a cluster of five or more in Malaysia.

The free repair will begin next month. If you receive a notice, the dealer’s technicians will inspect the airbag installation and replace the inflator with a new one.

The latest Honda recall covers 12 different vehicles, including cars and crossovers. The call back covers:

To find out whether the recall affects your vehicle, contact the automaker at 888-234-2138. Or, owners can go online and checkout the Acura Lookup Site or Honda Lookup Site. The recall campaign number is 19V378000.