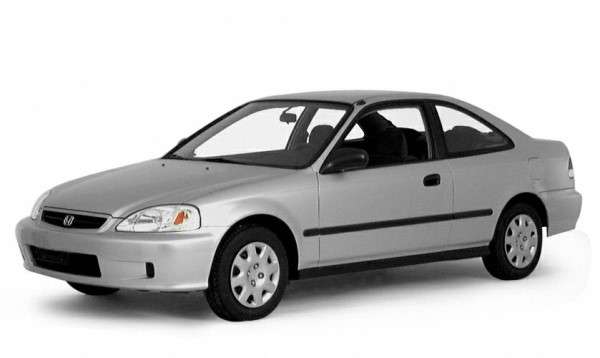 Despite reputation for quality, Hondas have rusting problems of their own

For more than seven generations, Honda Accords have had a problem with rusting front subframes, while Civics have had their own history of rusting out along the wheel wells and along the seam where the bumper and rear quarters join. Honda Civic, Accord and general Honda forums have all documented this in detail, though generally few who have not experienced it don't know about it.
Advertisement

Unless you hang around Honda Civic and Honda Accord forums on the internet or unless you have a direct line to Honda, you probably haven’t heard very much about the rusting problems that have plagued Civics and Accords for at least 25 years. That’s right; Hondas have tended to rust out in all the wrong places (the rear quarters, door frames, and engine subframes). If you are buying a used Civic Si, here is some good information: Here are six things to look for buying a used Civic SI

Civic rust affected owners notified of problem, others, not so much

It’s not that Honda hasn’t publicized the rust issues, it has, to affected owners. However, unless you are directly affected by rust-out, Honda hasn’t gone out of its way to advertise the issue. There it is, though. It’s like the proverbial 800-pound gorilla in a conversation.

The fact is that to many Honda owners; the information is nothing new. Civic owners have known about the rust-outs for years, and they have been the topics of many posters in the many Honda forums and clubs on the internet. While the general public has been in the dark about these issues, Honda owners have known about the rust-outs along the joint between the rear bumper and the rear quarter panels on each side. And, Accord owners have known that there was a front subframe rust-out problem that has spanned at least seven generations of the Accord, starting in the 1970s.

I found out about the Civic problem some years ago when I was working as the Internet Sales Manager for the Preowned side of a large Honda-Volkswagen dual dealership. My first exposure to the Civic issue came in 2003 when I took a late 90s Honda Civic as part of a deal. At first glance, it seemed in reasonable shape and looked like it would make a profitable addition to our Preowned stock. Based on our first impressions, we gave the owner a great deal.

You would have thought that the consumer would have been delighted with the deal he received, but, in truth, he wanted more. I guess he figured that he had pulled a fast one us because he knew the problems with his trade. He probably hoped he would be able to keep us in the dark until deal completion. I guess he never realized that once the deal was finalized, he would receive the valuation we had put on the Civic, despite the rust which became apparent when we put it on a lift.

One of our salespeople was a long-time Honda sales employee and, in talking with him, I gained quite a bit of knowledge about Civics and rust-out. Another employee – a motorhead and wrench, by trade – confirmed everything I had been told. The second employee also did car detailing and helped with the setups for our ad photos. He was an employee of the dealership for some time.

Meantime, the negotiations dragged on – and I mean dragged as it became clear that the consumer’s expectations and our appraisal skills were running headlong into one another. Ultimately, the deal became one of those back and forths, involving $100 and $200 increments. Finally, there was an agreement, and the finance manager took over and wrapped things up.

Fortunately, we had had the forethought to get the Accord the customer had driven and wanted, ready for quick delivery. Who could blame him? I could sense that there would be few tears at home that night as his family became used to the newer, bigger and fancier sedan.

At the dealership, the reaction to his trade-in was, “Uhh, now what do we do with that??” This was after a mechanic checked the welds along the bumper-quarter panel seams. Though there were some signs of rust on the surface, they didn’t seem too bad, at least from the outside. However, looking at them with a work light under the panel, made the rust quite obvious. And, sales management went into a huddle.

For the most part, the Civic was in reasonable shape, except for the rusting, which we did disclose in the ad. There was quite a flurry of bidding for the Civic, and the winning bid did hit somewhere over $5,000, though I don’t have notes on the exact figure. I do remember the winner – a young man I picked up at a local hub airport – sitting down with our finance manager, completing the deal. Meantime, I took the plates he brought with him, installed them on the Civic and, when all they had completed all the paperwork, we sent him on his way with a last reminder about the rust-out.

Civics have had long-running rust issues

Though many people may not realize it, there have been issues with Hondas rusting out for some time. For example, on Civics, there was a rubberized trim piece that stretched the length of the wheel well. However, for some reason or other, the seam where the rear quarter panels and bumpers came together was unshielded, left open to the elements, not a good idea in the northern tier of the country.

In the northern parts of the country – where deer and snowplows play – the authorities lay down copious amounts of calcium chloride and other salts and drying agents to fight snow and ice. Over the course of a bunch of winters – 1996 to 2007, for instance -- Civics were exposed to lots of chemicals that just love to eat cars. The chemicals, when they get into tight spaces with a little moisture added, go bonkers and munch with incredible efficiency. Often within a couple of years, rust shows its ugly face, and it’s downhill from there until the vehicle ends up in a salvage yard, where it may be parted out for its best pieces with the rest headed to the crusher. Whether it was for money savings or maybe it was just an overlooked issue, too many Civics from the 1990s and early 2000s suffered early rust-outs because Honda forgot something, a $10 piece of plastic.

Typically, rear wheel wells are lined with lined with a solid piece of plastic that forms the wheel well liner. For some reason or other, many Civics were built using a half-liner. The half that was covered was the front. The rear half of the wheel well was open to the elements.

Over time, especially in the Snow Belt, even the sturdiest of welds and the best paint jobs will wear, allowing the metal in the welded seams to rust. Once the corrosion sets in, there is very little you can do to halt the process.

One way to slow, not stop, the rust-out process is cleaning the seam thoroughly and applying a good base coat and new top coat of paint. This move has likely given the seam several years of life; just how much is not certain. Ultimately, though, the rust will win. It is a process that goes on inexorably.

Rear panel rust-out is a rather significant problem for Civics. Also, as noted, Accords have had their rust issues – front subframes that rust – that was solved with significant structural changes made in the seventh and eighth generations of Accord.

You might ask where this information comes from and it is a fair question?

Sources for this piece

My sources for this story include personal experience as an online dealership manager; the many Honda Civic and Accord club forums that are available, and discussions with mechanics and Honda enthusiasts over the years.