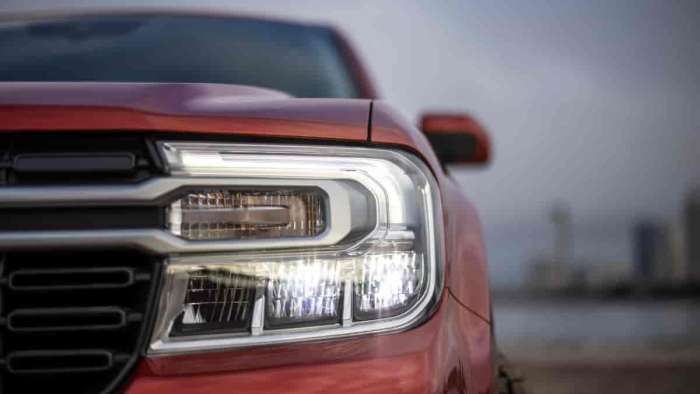 Despite Complications, It's A Great Time To Be Ford

Although Ford still faces a major semiconductor shortage, it has had lots of success with its new vehicles, the Ford F-150 Lightning, the Maverick (a midsized pickup), and the E-Transit Connect (electric) van.
Advertisement

In the face of continuing chip shortages, Ford is moving to speed the first 125,000 orders for Bronco – as opposed to the Bronco Sport – which will likely mean that though the Bronco is moving into the pipeline, the rugged SUV faces delays, though Ford isn't saying this.

Great Time To Be Ford

Honestly, it is a great time to be Ford, believe it or not. Despite the continuing chip shortage, which, even with government action, won't be relieved very much until the next model year, the automaker is having great success in its reservations banks for its most recently introduced models.

Ford has begun to crank out versions of the full-sized Bronco as detailed by my colleague Jimmy Dinsmore.

For example, the automaker has had more than 190,000 reservations for the Bronco. However, as Motor Trend notes, Bronco has been delayed several times as there were problems with hardtop roofs due to a supplier issue. Meantime, the Bronco was also delayed by the coronavirus as its initial introduction occurred after the pandemic slowdowns and lockdowns last year.

Ford did indeed open its reservation system for the Bronco, but the reservation system and actual deliveries are different. Now, though, the automaker is delivering on its promise to buyers by producing at least 125,000 Broncos for those with orders. But, unfortunately, it still leaves about another 65,000 waiting for their SUVs.

This puts the automaker in an enviable sales position as Ford has indicated the Bronco is a sell-out for the next couple of years. And, even though the automaker has committed significant semiconductor reserves to building Broncos, it is still facing a severe shortage.

Interestingly, the government, as part of its infrastructure bill, is committing significant resources to resolve the semiconductor shortage. There is a potential problem with this promise, though, and it is the length of time it takes to bring a chip factory or foundry online. For example, it takes on average about 18 to 24 months to bring a new foundry factory online from start to finish. That said, it will take until sometime in 2023, roughly, before any significant foundry site is ready to produce chips.

That's not to say a private firm won't dive in to handle the problem by adding new chip manufacturing capability to an already existing line. That would still require roughly 12 to 18 months to accomplish, but it would still speed the chip-making process.

Even Ford acknowledges its chip problem. During the recent Deutsche Bank Global Auto Industry Conference, Ford CEO Jim Farley said that the chip shortage would keep inventory below normal levels until sometime next year. (Ford also announced earlier that the shortage would cost them about $2 billion, and they expected to lose several hundred thousand vehicles from their production schedule. Torque News also documented this in a series of articles in April and May.)

Imagine what the results could have been if the automaker was able to produce at full tilt. To do this, Ford would have had to have all of its parts delivered when its products were being made. This is called "just-in-time" inventory. This supply routine has worked for years and has enabled carmakers to manufacture millions of vehicles.

The coronavirus last year caused Ford and other carmakers to shut down their production lines. It was the wrong time to introduce popular vehicles like the Bronco because the debut and introduction occurred when society was shutting down. Yes, there were reservation banks that boomed. Indeed, Ford's Bronco reservation bank turned into a treasure trove of potential business as it received 190,000 reservations. Ford used a $100 reservation system on the Bronco under which people could place a $100 reservation to reserve a Bronco. That reservation was either-or. It could become an order, or it could be refunded.

That was all that potential buyers had to show for their Bronco reservations through much of the latter part of last year and into early this year. And, just when Ford should have been on top of the world, so to speak, with an order bank in the six figures and with a two-year backlog for the vehicles, the chip shortage hit further delaying the full-sized Broncos, which are just going into production now. As a result, the Bronco Sport – the so-called Baby Bronco -- has been selling like wildfire, keeping its inventory low.

And, now with Ford having introduced three more top-rated vehicles, it is a tough time for the automaker to be facing a chip shortage. In the last few months, Ford has introduced the Lightning, a fully electrified version of its full-sized pickup; a smaller 2022 Ford Maverick, intermediate pickup, and the fully electric Ford E-Transit commercial van.

With Ford starting to fill the first 125,000 orders for the Bronco, one could say that the automaker is on its way. 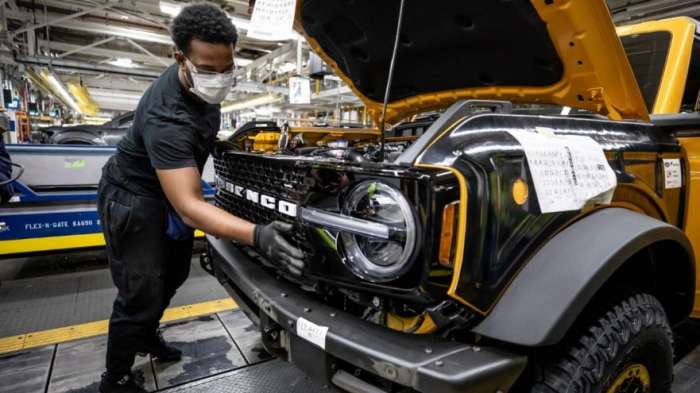 Believe it or not, though, Ford has been having lots of good fortune lately despite the production slips of Broncos and the chip shortage. The introduction of the Ford F-150 Lightning hit a chord with buyers who jumped on the reservation bandwagon to the tune of 44,000 reservations in the first two days it was available for reservations. According to Motor Trend, that figure has jumped to 100,000 in the time since with another 10,000 reservations for the 2022 Ford F- 150 Lightning Pro commercial work truck.

Despite the automaker's issues, it is in an excellent position for the 2022 sales year. Notice the sales year. It is 2022 and not earlier, except for the E-Transit van. Like it or not, Ford is still struggling with the chip shortage. As noted, Ford has warned that the chip shortage has forced the automaker to cut its production plans for the quarter substantially. Ford's CEO indicated that they didn't expect inventory to begin to rebound until next year. And, unlike some of its competitors, the automaker isn't redesigning or altering its vehicles to remove features that require semiconductors.

Meantime, Ford has told investors it will concentrate on its commercial business. According to Motor Trend, the automaker created Ford Pro. It is a specialized service that focuses on increasing uptime and reducing costs for commercial customers, also offering them more services.

The automaker will offer Ford Pro versions of its vehicles, including the F-150 Lightning Pro work truck.
Incidentally, the Ford F-150 Lightning will start at $42,000, a low price for an electric. Ford has been able to keep the Lightning price down because it can share parts – motors and the like -- between the Lightning and the E-Transit. It is also developing new battery cells that should drop the cost of the vehicle from $100 per kilowatt-hour to $80 after 2025.

Finally, like other manufacturers, Ford is finding demand is strong, better than forecast, and, of course, more substantial than a year ago during the pandemic. Helping the financial picture are prices that are higher and costs that have remained lower.