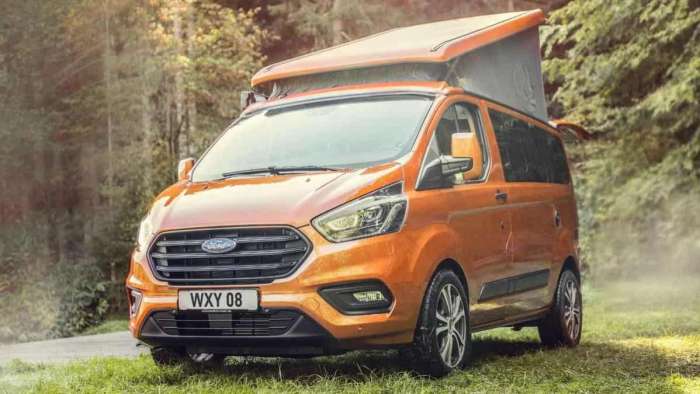 Custom Transit Van Popular In The U.K., Could It Be Popular Here?

With vacations slowed to "staycations," and with those who do go on the road using custom vans, is it any wonder that Ford is having success with its Transit Custom Nuggets? It is primarily in the U.K. It would make sense for Custom Transit vans to make their debut here.
Advertisement

A few years ago, my family participated in an annual tradition. It was a combination camp-out weekend and ham-radio competition. It was an important event, important enough to contact Volkswagen and borrow a Vanagon Westfalia.

Custom Vans Have Been Popular

It was the type of weekend where we lined up tents or vans or trailers so that we could have a comfy place from which to get on our radios and contest the heck out of things. As a group, we did pretty well, often coming in among the top 10 stations from New England.

For years that particular weekend coincided with my use and review of the Volkswagen Westfalia. The Vanagon (the successor to the famed VW "bus") was perfect for our "field day" operation. It was nicely sized and kitted out quite well. It featured a full galley, kitchen table, and chairs, and it also had sleeping arrangements for six (four upstairs and two down).

Usually, the roof of the Westfalia stayed tightly clasped, keeping the "upstairs accommodations" neatly folded up and out of the way. Indeed, unless you knew something about VWs, you would never have known that the Vanagon was a van with a bit more. On arriving at the event site, I parked the van and deployed the "upstairs," with the flip of a couple of handles. The top flipped up from the rear, leaving quite a lot of headroom at the rear. The front opened up a bit to reveal a couple of windows and the front "room."

All told, Westfalia did a great job in its packaging of the VW unit. It never let me down. So, when I saw that they worked with Ford on the automaker's packaging of the Custom Transit van, the Nugget, I knew the van would be good. Indeed, the custom van outfitter -- Westfalia -- was still turning out quality products after all these years.

The Transit option is available in the U.K. where Ford's Transit-based camper van is proving quite popular. According to a statement by the general manager of commercial vehicles for Ford of Europe Hans Schep, the camper has a "home-from-home" feel to it. Having used a similar product by the same outfitter, I knew why.

Torque News Senior Reporter JImmy Dinsmore discusses the Ford Ranger Tremor that debuted a few days ago. With a great truck like the new Ranger Tremor that offers new features to U.S. buyers, could the U.K. Ford Transit come to the U.S. to satisfy what I think is a great need? Will the Nugget Prove Golden For Ford in the U.S.?

Ford has taken the extended-wheelbase version of the Nugget van and has turned it into a solid, self-contained camper unit. Though there's no pricing yet, the Nugget van will be available for order in the U.K. in November.

A three-vehicle family, the Nugget camper van consists of the "LWB," or long-wheelbase version, the original Nugget, and a concept version, the Big Nugget.

Ford partnered with Westfalia to make the new long-wheelbase version. The LWB version features a full camper interior. The LWB Nugget uses an L-shaped layout. Using this layout allows the manufacturer to fit the bathroom, kitchen, and living space. Westfalia also worked with Volkswagen in the 1980s to create the Westfalia camper van.

Interestingly, you might think that the Nugget series is the family of vehicles proving to be the one sought after by vehicle buyers. But it is not. As a vehicle, the Transit has become quite popular by those who want to build their campers or van conversion specialists.

Companies like Vanlife Customs and the startup Cabana have deployed a fleet of converted 2019 Transit-based computer vans to serve as base hotel units.

It is interesting to note that Ford's LWB Nugget is proving very popular. Camper van sales have stayed hot, even as the new model has debuted during the ongoing pandemic. It is also an interesting sidelight that the LWB Nugget is a U.K.-based series. 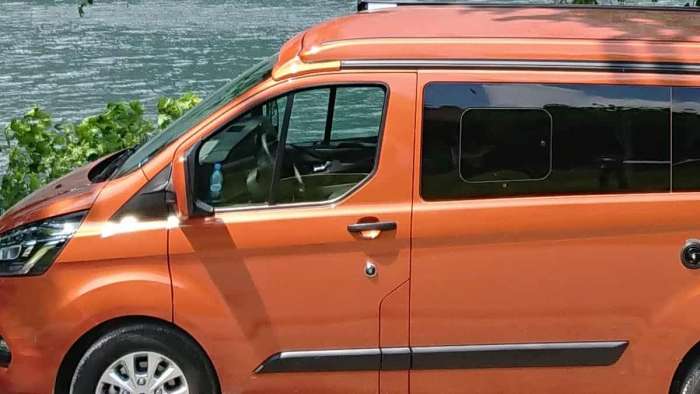 Custom Van Available In The U.S.?

However, given the popularity of the Transit-style van and the fact that it helps keep Transit van sales up, Ford Ford may study offering its Nuggets on this side of the pond, perhaps next year or the year after. Ford does sell the vehicle in the U.S. market, so polishing up the Nuggets for this market (North America) may not be hard. As they say about many things, only time will tell.

Marc Stern has been an auto writer since 1971. It was a position that filled two boyhood dreams: I would write, and two that I write about cars. When I took over as my newspaper's auto editor, I began a 32-year career as an automotive columnist. There isn't much on four wheels that I haven't driven or reviewed. My work has appeared in Popular Mechanics, Mechanix Illustrated, AutoWeek, SuperStock, Trailer Life, Old Cars Weekly, Special Interest Autos, and others. Today, I am the Ford F150 reporter for Torque News. I write how-to and help columns for online sites such as Fixya.com and others. You can follow me on Twitter or Facebook. Most of Marc's stories can be found at Torque News Ford coverage. Check back again and search for Torque News Ford F-150 news for more F-150 truck news coverage.