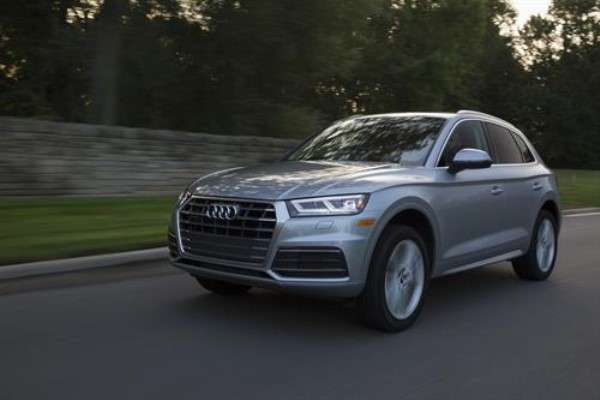 Audi's steady sales pace has resulted in another monthly record in September. The automaker set its 81st straight monthly sales record, led by deliveries of the all-new Q5, the Q7 and the A5 Sportback.
Advertisement

And, in a departure from recent trends which have seen sedan sales falling, overall deliveries were up 1 percent for the month.

Audi’s record-setting September surpassed last year’s record-breaking month by more than 2,000 vehicles. In September 2016, Audi delivered 17,617 cars and SUVs, while September 2017’s sales were 19,308. For the year through September, Audi sold is the first year since 2013 that Audi has sold more cars and trucks in September than the year before.

Consumer demand for Audi crossovers pushed deliveries of the new Q5 to 4,596, while the Q7 saw sales of 3,538. Deliveries of the Q7 were up 43 percent over last September. Year-to-date sales were up 22 percent. In fact, September was the best sales month ever for the Q7.

Cian O’Brien, Audi’s chief operating officer, said the automaker was “encouraged by the consumer demand for our all-new Q5 and A5 models.” And, as the year heads into its last quarter, the Audi official said they were “looking forward to a strong … finish as we head into 2018.”

This year’s sales statistics are fascinating as they show that crossovers and sports utes made up 52 percent of the sales mix in September. Meantime, SUV sales were up 13 percent for the year.

Sales of the A5 Cabriolet Coupe and the new Sportback more than tripled to 2,360 while the Sportback alone totaled 1,203. Audi sedan deliveries totaled 9,356 for the month, up 1 percent from last year.