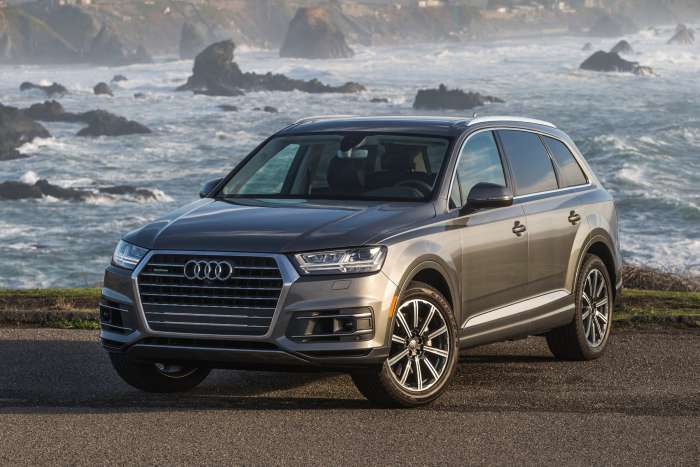 Led by its crossovers, Audi registered its strongest December sales ever. It was also the 72nd consecutive month of record sales. The previous record was set last year with 20,399 delivers. This is the seventh straight year of record Audi sales in the U.S.

According to a statement from the automaker, high demand for Audi’s crossover models pushed the automaker’s finish. Q5 sales were 6,396, a 5.6 percent increase over December 2015. The Q7 large crossover had a 17 percent sales increase with 3,275 sales. The Q3, in its second-best performing month, posted a 36 percent hike to 2,047 delivers. Overall crossover/SUV sales for the brand were up 34 percent for December – over last year – and finished up 19 percent for the year.

Scott Keogh, Audi of America’s president, called 2016 “a strong year for Audi due to record levels of consumer consider and a high-performing dealer network. We are confident that 2017 will see further growth for the brand with the launch of our largest product offensive in history, starting with the all-new Q5.”

Audi’s sales for the year outpaced the luxury market. The sales pace was strongest in the south and west where sales grew more than 5 percent.

Between 2008 and 2014, Audi dealers investment more than $1 billion in facility upgrades where stores were expanded and modernized to a significant degree. Dealers have committed another $1 billion investment in the next four years.