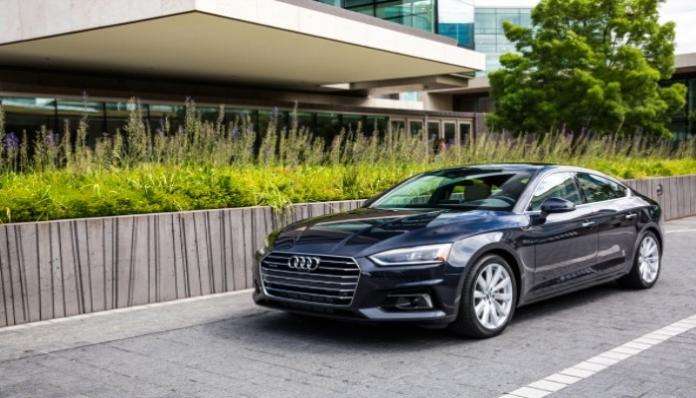 Audi has launched a new pair of "Sportbacks." Roomier than a sedan, they are available to those people who are just not ready to commit to an SUV or crossover.
Advertisement

It is true that the sedan market is saturated and that sales of mid-sized and full-sized cars are struggling. But, what about a more traditional buyer. It is the buyer who, may have in the past, purchased a station wagon or hatchback.

Sportbacks Aimed At Those Who Aren’t Ready To Jump

Audi seems to have cracked the code and it is offering two new Sportback models for those who are not willing to make the jump into crossovers or SUVs and who may be content with something that provides more space, but it more like a sedan.AutoWeek Gives Us A First Ride In The Sportback

The Audi A5 Sportback and S5 Sportback aim at this market. “There is still a significant number [of sedan owners] who don’t want an SUV,” Frank Lamberty, the automaker’s exterior design project leader for A4 and A5 told Cars and Concepts, recently.

The new models, filling the dealership pipeline now, are built on Audi’s B9 architecture. From the A-pillar to the front bumper, there is no difference between the new models and the A5. Once you get behind the A-pillar, that reality changes as the added 2.5 inches of added passenger/cargo space as well as a set of frameless doors make them seem much larger. Cars and Concepts calls them more like “the larger A7 than an extended A5 sedan.”

The key to the added space was a decision by Audi to use A4’s wheelbase. This decision enabled to the automaker to “give this car stretch, to give it additional rear seat legroom and cargo space,” Barry Hoch, director of product planning for Audi of America, said at the press intro of the new models. “It would have been significantly easier, doing the A5 [Sportback], to just ‘put a backpack’ on the coupe.”

Roomy Enough For A Mountain Bike

As an example of just how roomy the new A5 Sportback is, imagine fitting a mountain bike behind the front seats, with the hatch closed. It is possible with the Sportback. It offers nearly 22 cubic feet of cargo space with the rear seats set. If you fold the seats down, space increases to a full 35 cubic feet.