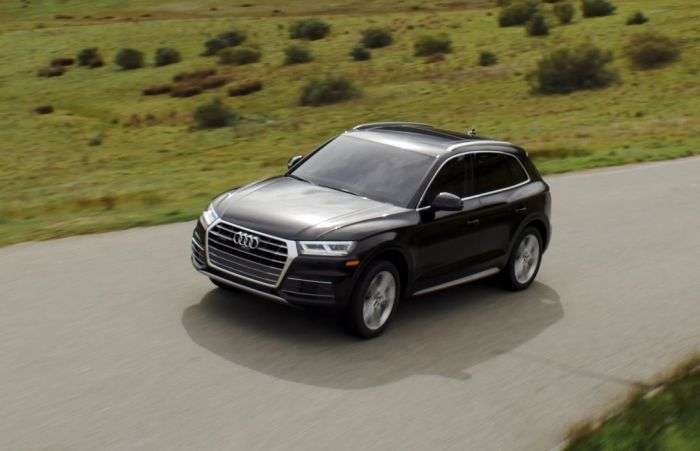 Volkswagen's Audi subsidiary continued its winning ways by taking two "Best Car" awards from U.S. News and World Report. The Q5 took the award for the third year and the A6 took it for 2018.
Advertisement

Audi continues to ring up awards as the 2018 model year moves along. At the New York International Auto Show, for example, the Q5 and A6 were honored by U.S. News and World Report. Each was named “2018 Best Cars for Families.”

Each year, the publication names its "Best Cars for Families" based on a combination of auto reviews, safety and reliability ratings. Also, the judge's panel takes into account seats and cargo volume, plus the family-friendly features such as its in-car wireless network and surround-view cameras.

This year the judges looked over 127 new cars from the 2018 model year. Out of this number, the final winners were in 11 automotive classes. This year, Audi ties for the most awards by an individual brand.

In making its award, the magazine said the “Audi Q5, the Best Luxury Midsize SUV for Families, and the Audi A6, the Best Luxury Midsize Car for Families, respectively, both won in large part because their back seats are larger than the competition." Each has "extra space" that "makes it easier to install car seats, keep kids in boosters from kicking the front seats and gives tensor older relatives plenty of space to stretch out." Each vehicle has many driver assistance features, including automatic braking, surround-view cameras, and lane-keeping assist.

The Q5 offers the performance of a sports sedan, combined with the versatility of an SUV all in a package for five. Its technology package includes features that help operators.

2018 A6 – It's interesting how Audi doubles down on its success. For instance, when it has a winning sedan, the development team mixes things up a bit and comes up with a high-performance version. That's why the A6 offers an attractive exterior with S-line elements and the telltale Singleframe® grille as well as LED daytime running lights (DRL).

The A6 uses a new powerplant. A revised engine joins the standard 2.0-liter turbocharged four. The second engine choice, the 3.0-liter TFSI V-6, combines with the automaker's quattro® all-wheel-drive system to produce a potent power team. For 2018, the interior now offers multifunction steering wheel with shift paddles. The dash wraps around and features a central infotainment display. There are eight-way power front seats and the A6 can carry up to five.

Elon Makes a Cybertruck Statement With an Action, But Quiet in Words
Tesla's Record Month in China: Doubled Registrations in March 2021
END_OF_DOCUMENT_TOKEN_TO_BE_REPLACED