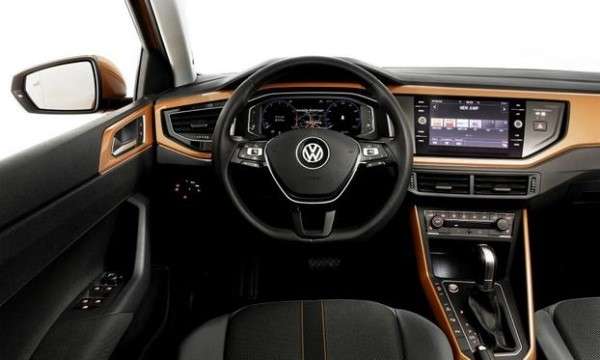 Like Amarok Pickup, Subcompact VW Polo Won’t Be Offered In U.S., But It’s Quite A Car

Some of Volkswagen's more interesting vehicles never make it to the U.S. market. For example, the Amarok pickup isn't sold here though it would likely give the established pickups a run for the money. So to would the new Polo which is now a key vehicle in the automaker's sales plans.
Advertisement

Volkswagen has a bunch of quality vehicles that, like it or not, we won’t see. For example, in Europe, the automaker has a quality pickup that, if the automaker sold it in the U.S. might do very well – the Amarok. And, while we think of the Golf as the lowest price point model for VW in the U.S, in Europe there’s another “base” model, the Polo. VW has shut out the U.S. market before.

VW decided its number-two seller had to change. It needed a new audience. It needed to appeal to younger buyers. The automaker decided to abandon its more traditional catch-all strategy where salespeople moved customers to Polo when dealers determined buyers could not afford – or maybe just didn’t want – the larger, more expensive Golf.

And, Volkswagen had other intentions, as well. The automaker, seeking to stay current and attractive to a new generation, and different type of buyer, decided to reposition Polo, targeting it at younger consumers. “Younger buyers want a more expressive car,” Weinerowski said.

Leading this significant change was Juergen Stackmann, Volkswagen’s brand sales, and marketing chief. Stackmann looked closely at the market and found that Polo’s use as the backup or switch car for the top-selling Golf was wrong. Stackmann wanted to give the Polo a new customer profile which was “young, female, just graduated and looking to purchase her first new car,” Weinerowski said. So the decision was made, and Polo has received its new repositioned role.

Buyers of the repositioned Polo will be getting a vehicle based on VW’s MQB common architecture. The design debuted on the seventh-generation Golf. MQB is a modular construction technique that allows one platform’s use across several lines. The technique let engineers use technology that was previously available only on larger vehicles on smaller ones, as well.

Polo, for example, uses the MQB-A0 platform, sharing it with SEAT’s new Ibiza subcompact. That sharing allows VW to keep costs down while it shares expensive infotainment, safety and comfort technology across lines.

The washout of this is that Polo, VW says, is now one of the most advanced small cars in the world. For instance, it offers autonomous emergency braking with pedestrian recognition as standard.

All new Polos, also, have radar in the front which means that they also offer adaptive cruise control, that works at speeds of up to about 190 mph.

Interestingly, the new Polo doesn’t provide traffic jam assist with active steering because the automaker things it is more useful for long-distance highway cruising. Since the Polo is aimed primarily at city driving, the automaker couldn’t justify the costs of installing jam assist.