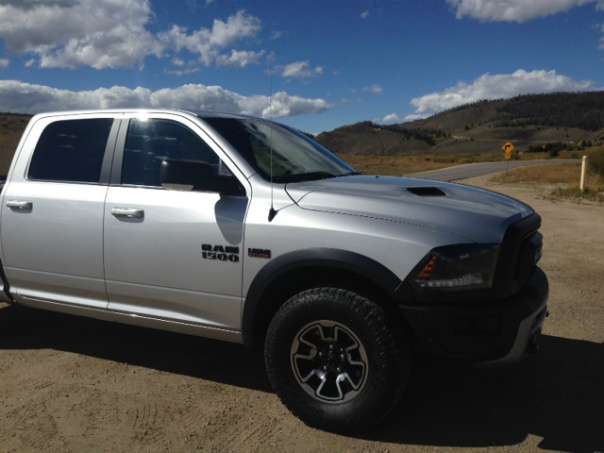 Most vehicles have cabin air filters. For some reason, many Ram 1500s do not. They are supplied for the 2017 Ram 1500, but there is a relatively easy modification available for other Ram owners.
Advertisement

This latest suggestion comes to us from a Ram Truck forum, where an owner of a 2014 Ram 1500 posted “Was very surprised at how dirty the cabin filter was at only 12k miles. The fact these trucks didn't even come with one to begin with is crazy.. Easy mod if you haven't done it I'd highly recommend.”

Another owner who calls himself Cherry Red replied “The cabin filter greatly reduces the amount of dust, dirt, sand, pollen and other foreign material from getting into the climate system; evaporator, heater core, duct work, etc. Some filters are available with activated charcoal embedded in them, to help filter out unpleasant odors.”

Omac, who drives a 2013 Ram 1500 said “When I added mine I saw a huge difference with my black interior the amount of dust pollen etc is almost non existent now.”

AJ who drives a 2016 Ram 2500 says he has now added them to both of his vehicles. “I have done this mod to both of my trucks and learned on the second one that it's much easier to do if you remove the upper glove box liner. I used a box cutter to remove the plastic where the filter goes. A few pieces fell into the fan, but it was easy enough to remove them with my fingers. GM has had filters in their HVAC units since '99? It's amazing how much junk they catch and help keep your evaporator from getting plugged.”

Striker says his truck is older and the filter makes a huge difference for upkeep. “Yeah it does make a massive difference, went from having to polish the interior every two weeks or so due to dust and stuff to about 4 months. Also If you have a carbon one it blocks nearly all odors.”

TruBlu says it makes his truck run more efficiently. “For those not concerned about the cleanliness of their interior - I would say the mechanical aspect alone makes this mod a must do. If you use your air conditioner, the filter will "filter" the air for your truck opposed to your evaporator coils doing it all. Same concept as your home HVAC system with a filter.”

Another driver says it helps with allergies. “Like Striker I also noticed that now I only have to wipe/clean interior of dust maybe every 4 months... in fact I think i put the filter in about 5-6 months ago and just did a full wipe down of surfaces/dash for the first time. Really does keep things clean. Also I have tree pollen allergies so its nice to have the truck be a "clean zone" when pollen counts are high.”

Many owners are stunned to find out that there isn’t a cabin filter on their Rams. “They're standard now on the 2017's, guess they finally realized it was a desired item. The mod is super easy and well worth the few bucks it costs.”

The driver of a 2016 Ram 1500 says that you just have to buy the filter. “For those of you with a recently built 2016, the access door is already there. You just need to buy the filter and put it in. Mine was built in June and the door is there. Apparently the filter will be standard equipment in the 2017 models, they must have already started sourcing and using the new part.” He explains where you would find the access to the filter. “It would be right behind your glove box. Open, release the safety cable thing, squeeze the sides of the glove box inward and gently pull it down towards the floor board.”
Ramsport looked it up and found that MOPAR has addressed the filter issue. “Interesting. I was just looking at MOPARonlineparts and 2009-2016 RAM 1500 they show in cabin filter kit: Part Number(s): 68052292AA 5058693AAThey have diagrams of where to cut etc. $32.”

The MOPAR website recommends that you have your service professional do the installation. It also includes this quote. “Unfortunately clean air isn't that abundant in the atmosphere anymore, and your 1500's engine uses an Air Filter to make sure that the air going inside it is free of contaminants. But aside from your engine, you and your passengers also need clean air while inside your 1500's cabin. So to make sure that the air coming out of the air conditioning system is free of harmful contaminants, use only genuine Mopar Ram 1500 Cabin Air Filters. This Cabin Filter Kit is a retrofit part for 2009-2013 Ram 1500's. It enables you to add a serviceable filter which should be changed every 15,000 miles. This mod requires cutting the opening of the air box to accept the filter. A cover is then included which conceals the opening."

Again, most of the work is already done for you if you have a 2016. Good to know that the modifications are approved and simple to achieve.

Elon Musk Says Tesla To Offer Car Insurance in Texas Next Month, But These Challenges Exist
Tesla Co-Found Plans To Build a Battery Factory and Shift The Industry
END_OF_DOCUMENT_TOKEN_TO_BE_REPLACED