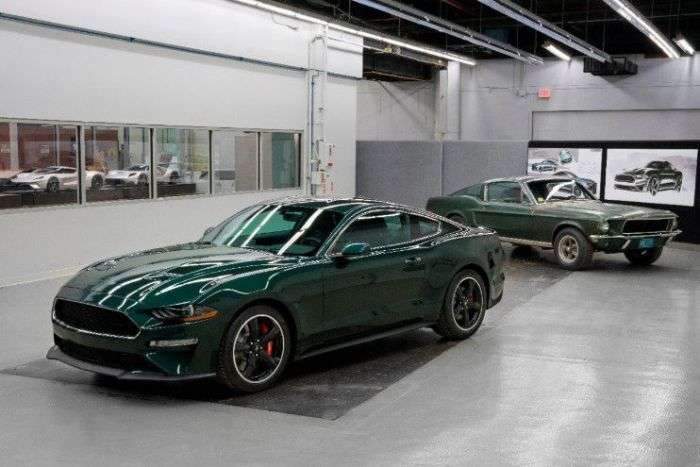 Why Detroit is Considering Moving the Auto Show to October

I have covered the North American International Auto Show or NAIAS for more than two decades and the first question people usually ask is "Why do they hold it in one of the coldest months of the year"? Now the organizers of the show that boasts introductions like the 2019 Ford Bullitt Mustang are finally considering moving the show.
Advertisement

It never fails that there is a huge snowstorm or bitterly cold weather just as the North American International Auto Show gets underway in Detroit, in January. Still more than 4,000 journalists and 800,000 visitors flock to Cobo Convention Center to see the latest that automakers have to offer, like the stunning 2019 Ford Bullitt Mustang or the Hot Wheels Camaro.

Now the Detroit Auto Dealers Association that puts on the auto show is considering moving the dates for the show to sometime in October.

The move comes after several big name automakers like Mercedes, Porsche and Jaguar have pulled out of the show. Marketing divisions question how valuable auto show unveilings are now in the age of instant social media. Also, some have abandoned Detroit choosing to go to flashier shows like CES, in Las Vegas, at about the same time of year.

Moving the Detroit auto show to October would also scoop the Los Angeles Auto Show. The LA show falls in November and has grown in popularity in recent years.

Better Visibility for the City

An October event would also give the NAIAS a chance to better showcase the redevelopment in downtown Detroit. The area around Cobo Convention Center is bustling with new shops and restaurants. The Riverwalk behind Cobo now extends behind well past the Renaissance Center and further east along the Detroit River. It is often hard for journalists and visitors to enjoy all the city has to offer during the harsh January winter weather.

Many of the automakers have started holding introductions off-site because of the rising costs of staging unveilings inside Cobo. Holding the show in October would give automakers many more options for holding debuts, including holding them outdoors. Automakers could even sponsor driving events for journalists and consumers like they do at the Los Angeles and New York shows.

The NAIAS was originally held in the winter to boost sales during a slow time of year, but October could be beneficial as well. October is when many of the carmakers are just bringing out the next year’s models. New vehicles could spur excitement as buyers are heading into the holiday season.

Auto shows need incredible lead time. The huge displays at Cobo often take months to build and cost millions of dollars. The Detroit Auto Dealers have already said that the 2019 NAIAS will take place next January, but a change could happen as soon as 2020.

It makes sense that Detroit would move the dates to preserve its position as one of the big international motor shows. Detroit is beautiful in the fall. If moving the show would help revitalize the city and improve visibility, everyone wins.