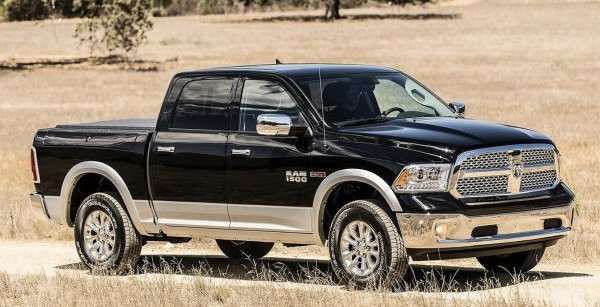 Why 2014 Ram 1500 owners are cranky about cruise control problems

A number of people who own 2014 Ram 1500s are angry about intermittent problems with their cruise control. It can usually be fixed by replacing a module, so why are drivers having trouble getting it fixed?
Advertisement

The question posed to the popular Ram truck forum is a simple one. Holly, from Canada, asks, “My cruise control is working intermittently. Anyone experiencing this problem or are there any solutions to the problem?” Holly drives a 2014 Ram 1500 Laramie Quad cab. Ram trucks are some of the most popular vehicles for Fiat Chrysler Automobiles. FCA is currently increasing its truck production in North America.

Rob, from Arizona, had a similar issue. “I had my steering wheel switch replaced because on 3 occasions my cruise control wouldn't turn on for a couple weeks to a few months. Then out of the blue it would start working again. Hasn't acted up since replacing the switch a year ago.”

Santa, also from Canada, had a cruise control problem with his 2015 Ram 1500. “I had my switch replaced in my steering wheel too when i bought my truck. My cruise didn’t work so they replaced the module. Thank goodness for warranty, only took them like 5 minutes to replace.”

Hawk, from Texas, has also had the very same defect. “I had my steering wheel switches replaced twice. So far so good.”

Dog, from New York, is upset because the first dealer he visited tried to jerk him around. “I am having the same issue with the CC. I went to the ram dealer today and they would not tell me if this issue would be covered by warranty when obviously it should. The truck has 17 months of the 3/36 bumper to bumper left. The guy kept saying he couldn't say it was covered because if the issue was from something spilled or rodents eating wires etc. then it's not covered.” Dog left that dealer because they wanted $85 just to diagnose the problem. He had better luck at his original dealer. “I went to the dealer I bought the truck from and they said oh yeah this is warranty work. Let us make the apt and handle the ram dealer. Man I hate big chain dealers... love my hometown dealer!”

Jared says he has already had the same issue with his 2016 Ram 1500. “Buttons on the steering wheel go bad, I had my cruise ones replaced already.”

Dog went to the dealer and found out that the cruise control problem could be tied to a software glitch. “I took my truck to a dealer so they could check out the CC not working intermittently issue. The tech found 2 stored codes, one for low voltage and one for CC not being read or something... The tech also said that the truck was due for 2 computer flashes according to the factory. All they did was complete the 2 computer flashes to fix the problem. First flash was for PCM and second flash was for RFH. Naturally these computer flashes are covered under warranty but only for the length of the bumper to bumper warranty (3yr/36k) So get your trucks in and fixed before you run out of warranty guys.”

A Ram owner, who happens to work in a dealership, was nice enough to check in and explain what happens when you take the truck into the shop. WildCard says, “The switches usually throw a code for "switch stuck", "open circuit", or something that would help point in the direction of the switch having an issue. Obviously the repair could take place while you wait but, removing the steering wheel is required if you have a newer truck. This isn't a complicated repair... for most. Every dealer is different and these days, people are lazy... meaning they want to have a computer tell them what’s wrong. These days we can look at input and output signals, makes it easy. You just need to find a tech that takes pride in his work. Basically, if the switch fails, it will leave some form of code.. not all the time... but 90% of the time. Even if you turn the truck off, it will leave what is known as a "stored" code. "Stored" just means that the vehicle saw an issue, but now everything is working normally. Its like pointing a finger in the direction of the problem. If they are giving you a hard time about it, it sounds like you might want to visit another dealer. Hope that helps.”

WildCard added “We have 3 types of codes, active, pending, stored. The active code is the best for diag as it is currently seeing the problem and makes the "duplicating the concern" much easier. If the code goes "stored", getting the problem to show itself can sometimes be tricky. That is why dealers will usually tell you to "come back when it is happening". It's not to frustrate the owner... simply, we see there was a problem, and need to see what it is doing, so we can fix it. So much electronics in these things, these days, make some things easier, yet electrical problems can be nightmares.”

It was really nice of WildCard to weigh in. It makes it easier for everyone to understand. Very clearly, Ram has had repeated problems with the cruise control, whether it is the switch or the software. At least Ram 1500 owners have a better idea of what to ask for when they go to their dealership, especially if the service people are giving them a hard time.

Tesla Contemplates A New Strategy for China Retail even As Sales Boom
Jay Leno on Elon Musk & EVs: “I Think He Should Get ... Credit"
END_OF_DOCUMENT_TOKEN_TO_BE_REPLACED