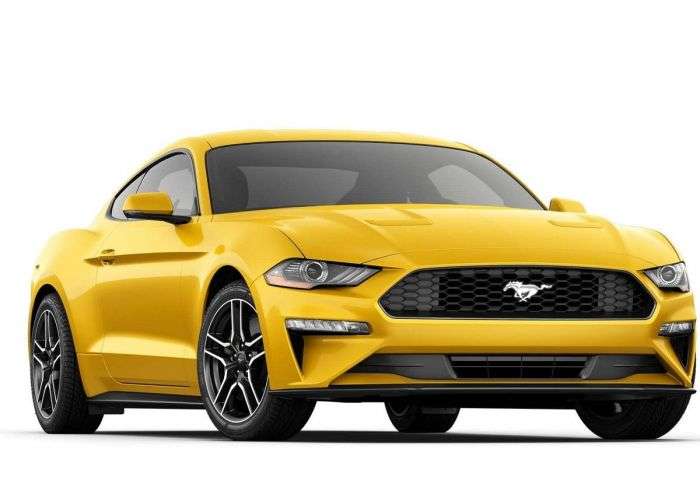 Most tires break down after a few years, especially if the car is just sitting. What is the most comfortable, least noisy performance tire for a 2006 Ford Mustang GT.
Advertisement

Nick, from New Jersey, is new to the Mustang performance arena, having purchased a 2006 Ford Mustang GT. Nick reaches out asking other owners for help. Nick says “Hey all.. recently bought my 06 GT and the previous owner put a set of sumitomo's on the car. I'm not sure if they are flat spotted from sitting for a while but these tires are so noisy it is unbearable. I plan to replace them and i have narrowed it down to 2 choices: BF Goodrich G-force comp 2 A/S , or hankook ventus v12 evo 2. I do not plan to drive the car in the winter nor do I track it or anything crazy like that. Just looking for a good all around quiet performance tire. Which of these are best ? (I would go with Michelin but they are out of my price range) thanks !”

Addict, from Georgia, was the first to offer help. He says “Tires harden after six years and have a shelf life of ten years, so if your current tires' age fall anywhere between that, it may be time to replace them. Your tire choices you posted are comparing apples to oranges because one is all-season and the other is a summer tire. But with you being in a colder state it may be better to go with an all-season tire. Summer tires tend to crack when exposed to sub 40-degree temps. The BFGs you posted are good tires. I would also look at Continental ExtremeContact DWS06 and Cooper Zeon RS-3A. And have you thought about running a square setup? If you aren't racing the car I see no need to stagger tire sizes. Just a thought.”

Brandon, from Florida, drives an ’08 GT and gives his experience. “I have the BF Goodrich on my 20 inch wheels and I like them a lot. Hook well for an all season, work great in the rain (we get a lot here in Florida) and there isn’t any noticeable noise.”

Of course, the weather conditions make a big difference on what works well, especially if you are using it as a daily driver or storing it in the winter. Andrew, from North Carolina, likes Continentals. “Continental DWS06 are what I am running 275/40r18 on all four corners and am very happy. I have MPSS for summer only.”

Norm wonders why Nick is staggering the wheel sizes. “a stock/stockish 4.6L isn't powerful enough to need staggered tire sizes for the driving that you have listed. I ran 255/45's (Goodyear Asymmetrics, on 18x9.5's) on all four corners forseveral years and that size was entirely adequate for everything up to and including autocross and intermediate-level track time, with no adverse street-duty consequences at all. I have a sneaking suspicion that design of the S197 may have even had that size in mind (it did end up on the front of the '08 GT500 that I know of directly).”

Nick is trying to stick with what is already on the car. “They are staggered SVE wheels, 9 in the front and 10 in the rear. I am thinking of going with the hankooks because of price but I would prefer all seasons.”

Addict makes a suggestion about picking the tire size. “Most wheels that are sold through Mustang wheel & parts outlets can be bought in 10" width for the front and rear with no clearance issues. Going beyond a 275 width tire on a 10" rim may touch the struts or swaybar endlinks on the front but 255s on SVE wheels should be a good fit. In short, no need to stagger if you get 10" width on both ends.”

Tires are an Important Investment

My father ran a gas station and always said that "Good tires are your best insurance!" He said that about all makes and models, no matter the age of the vehicle. I believe that to this day.

A couple of posters recommend sticking with the Michelin even though they are expensive. “I know you said Michelin was out of your price range, But, Michelin is the tire you want to run. The Pilot Super Sports are great tires and the Sport Cup 2 are even better.”

Mora agrees, but is realistic. “Michelins are the way to go, but I would go BFG if I could not run Michelins.”

Penta sounds like a true performance car owner. “Spend once, cry once, be done with it. That puny contact patch is the only thing between 3900 lbs..and the asphalt.”

Ed has a positive suggestion. “Continental Extreme Contact Sport is a close runner-up to the Michelin PSS, and in many sizes is a fair amount less $$. Plus it's available in sizes like 255/45R18 and 285/40R18, which are getting less common in the max performance category.”

An owner, from Utah, suggests that the Continentals wear better than the Michelins. “Im running the Conti now and really like them. I am really impressed with the snow and ice traction with them since where I am that is very important. The traction in dry conditions is really nice too. My only suggestion is that they add a belt or two to the sidewall to stiffen up the cornering flex. But I run a taller sidewall so that has an effect on it. I had Michelins on before and they did great on dry and wet pavement, but really lacked in the snow and ice arena. My other complaint was the wear life was really poor. I got 22k and they were almost bald.”

The great thing about the user forums is that they offer positive suggestions and while some of the users can be unrealistic, most understand that expense is important. Hopefully, Nick finds tires that he likes because he will love the Mustang GT!