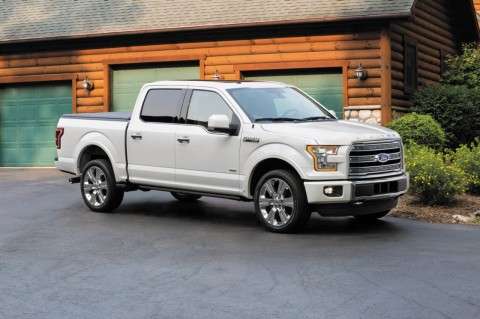 The owner of a 2016 Ford F-150 Super crew is reaching out to members of a popular forum for help because of a squeak coming from his sunroof.
Advertisement

A 2016 Ford F-150 owner is having one of those issues that can drive you crazy. He has a squeak or noise in his truck that he just can’t locate. Custom, from Idaho, asks a popular Ford truck forum, “My headliner in front of the sunroof has a nasty creak/squeak. This is worse when the sunroof is open, and seems to be caused by normal bumps in the road, and body flex. I notice it when I drive over a rolled curb, like into my driveway. I won’t even talk about the noise it makes off-road. I have had it to the dealer once, and they performed a TSB they have for the sunroof. It did not improve the problem. Need to try again with the dealer, but want a better idea of how to proceed. PS- Love this truck, and this seems to be my worst issue.”

Custom isn’t alone when he says he loves his truck. That is why the Ford F-150 has been the best-selling vehicle for 35 years now.

Most of the drivers who answered say they haven’t had any problems. Some like 4life have noticed problems elsewhere. “When my shade is closed it makes a rubbing noise that's kinda annoying so I leave it open. My driver’s door panel just developed a rattle that drives me nuts.”

CD is having problems with a different sunroof. “I have the headliner/sunshade in the rear makes a noise. I have heard a noise by the driver’s door. Anybody have the same?”

Custom ended up going to the Ford dealer and luckily was able to duplicate the issue for the tech that went out for a ride. “Lots of squeaks and pops from the upper console/headliner area. The Tech said the noise was pretty "obvious" to him and had some ideas on how to fix it. He said that the upper console fits into the headliner, and there isn't much up there other than a wiring harness that comes out of the pillar to the upper console. The panoramic roof motors and such must be elsewhere. I will leave it with them for a few days, and we will see what comes out of it.”

Custom didn’t realize that the squeak was going to be so tough to fix! He posted “Dealership has done at least two TSB's on the problem since they have had it. I believe the engineers at Ford have been involved. Something about cleaning and re-greasing the tracks, didn't work. They have had my pick up for 7 business days and 2 weekend days. Two days ago they ordered a complete panoramic roof assembly out of Sacramento.”

Even though it was frustrating for him to be without his truck, Custom seems to have finally gotten the noise fixed! “The final fix was that they replaced the pano-roof subframe assembly. This required the shop to pull the front seats, console, headliner, etc.. Other than the inconvenience of not having my truck for 2 weeks, they seem to have corrected the problem.”

Kudos to the techs at the Ford dealership for taking the issue seriously and finally solving the problem. I’ll be curious to see if other 2016 Ford Super crew owners have similar complaints.