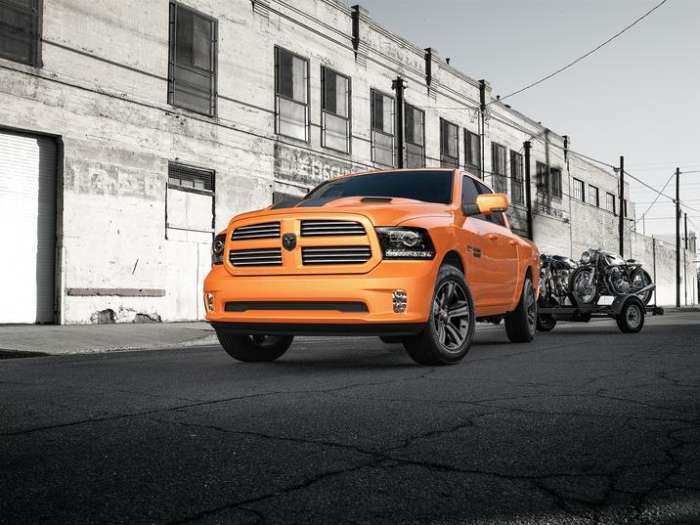 Swan, who hails from Eagle River, WI, asks the question every new owner of a vehicle should ask. “Who has Undercoating on their truck? How much was it and what warranty did you get? Is it transferable?” Undercoating is especially important in a place like Wisconsin that deals with snow, rain and other inclement weather.Swan has a brand new 2017 Ram 1500.

Steve, from Canada, says he had it handled before he ever left the dealership. “I just had dealer do it, also came with paint protection, forget the cost.”

A Michigan driver who deals with similar damp weather says that he went with Ziebart, but he warns that you should shop around. “Had my new one done by Ziebart this time. Cost was $499 plus tax. 10 year warranty and have to have yearly inspections at about $30. Shop around for the Ziebart price. There were 2 places that did it in my area and the other one was $50 higher. I went with Ziebart this time because they spray inside the rockers and doors instead of just outside surfaces.
”
Master, who also lives in Canada, says that he prefers Krown. “I use Krown. Lifetime warranty. Cost me $120 annually. That's cheap in my books.”

Joey says he has tried them all. “I've used RustCheck, Krown, Ziebart & Corrosion Free over the past 30 years in that order.The only one I'm starting to have reservations about is Ziebart with the hard undercoating that can crack over the long haul & allow water/salt to get lodged between the undercoating & body. I've had no personal experience with that occurring but have read of many Ziebart customers reporting that happening. As far as the others....I don't think you can go wrong any of them."

Another Michigan owner chimes in with a recommendation for Krown. “Had Krown applied to my 2016 Ram. Little messy at first(leaks down)but better then rust.”

Howdy, from Texas, suggests that you do some regular maintenance as well. “Lightly spray down the undercarriage twice a year with a chlorine solution to eradicate any salt.”

Lake says he has had great luck using Krown. “14 year old f150 was krown yearly, no rust...stay away from zeebart it holds moisture, oil spray seeps and repels.”

Several other owners swear by Krown. Bob says,“Krown user for the last 3 years. So far, so good. I do believe that in our salt covered roads and if someone wants to keep his vehicle 6 years plus, rustproofing is a must.”

Swan has decided to go with a local guy who promises to coat all surfaces. “I found a guy who does a complete removal and inner fender liners and caps and cover and sprays in cosmoline. It sound like the best chance to really keep rust away. 945.00 and no fees.”

Another Ram owner points out that now now is the perfect time to have your rust proofing or undercoating done. Rys, from Canada, says, “Krown suggests that you have the spraying done in the spring or early summer rather than the fall. I think their reasoning is that it allows the spray to soak into the truck before the cold weather.”