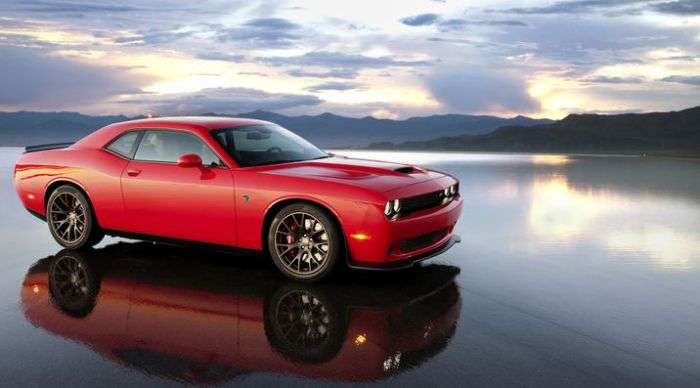 I first wrote about the problem with a forced software update on 2015 and 2016 Dodge Challengers in January. The owners complain that a software update eliminated the Sport Mode on their performance cars. While some owners have been able to recoup all of their Sport functions, others say they have been left out in the cold.
Advertisement

The issue and frustration is detailed in a Challenger forum thread that now runs over 70 pages, with nearly 700 different comments, all spewing disappointment and disgust that it has taken nearly a year to get the problem resolved. When I first wrote about it, many of the owners were hopeful that a fix for the 2015 and 2016 Dodge Challengers was right around the corner. Now two months later, some have been helped but others are still left wondering when their performance cars will be fixed.

The first complaint came in at the end of May in 2017. Harley says “Need help! My Scat packs software "upgraded" last night and now I can no longer select sport mode for the engine. In other words when I'm in sport mode I can only change the traction to sport and steering to sport, when selected for engine it goes back to default. I no longer have that deep exhaust note that I love so much. Anyone have any ideas?”

Some dealerships tried uninstalling the software. Others tried switching out the radios.

However, other Dodge Challenger owners were having similar problems and the company was not including them in the population to be fixed.

Updates are Forced whether you have Uconnect or Not

The forum includes newer postings from owners like Wizard, from Florida. “Here's a mystery .... my software version hasn't changed. It's still showing as 15.17.5 But "Engine" is gone from Sport, Track, Custom, and Default (Street) settings on my 2015 Challenger SRT M6. I know that Sport was there on 12/29 when I bought the car because it was part of the salesman's delivery demonstration. And I know it was there a week later when I was showing the car to a co-worker. Now ... "Engine" as an adjustable choice at all is gone. WTH???”

Wizard contacted Uconnect and had a number of setbacks. “Apparently, if you don't receive an occasional update you're at risk of losing some functionality. At least that's UConnect's current theory as to why my ability to select the Engine category disappeared from my SRT pages. So ... now I've registered my radio with Uconnect and will do the drastic upgrade from 15.17.5 to 17.11.07 once I download it.”

Things got worse. “And the car is heading to the dealership. The update failed and is stuck in a three screen loop. The radio won’t reset and hasn’t turned off in hours. Uconnect went from being very helpful yesterday afternoon to washing their hands of the problem. Unbelievable if I wasn’t living it. Like most of us, I really don’t have time to spend at the dealership or can be without transportation.”

The dealer was able to help Wizard a little. “The good news is that the dealer was able to get the radio to complete the update to 17.11.07 (rather ... start a new update) so at least my radio is functional again. The bad news is that I still don't have "Engine" settings for Track, Sport, Custom, or Default. Welcome to the world of owning a 2015 SRT 6-Speed. If "they" wait long enough, I'll be out of warranty and they'll be able to charge me to resolve the issue.”

UP39 asks an important question because the fix at this point only applies to some 2015 Dodge Challengers. “Has anyone heard about a projected date for a fix of the sport mode on the 2016 manual transmission Challengers? Or has Dodge given up on fixing it? If Dodge can't or won't fix it I want a refund of the money I paid for the Super Track Pack option as it is useless without the Engine Sport mode working.”

UP39 adds “I am disappointed that it took about six or seven months to even get FCA to admit that the 2016 Challenger R/T's and Scat Pack's were affected or should I say infected by the Uconnect update bug. I hope Dodge fixes it before the spring driving reason gets here. My Challenger is restlessly sitting under the cover and wants to Shake it off and get out on the road and SHAKE, SHAKE, SHAKE!”

The frustration about this issue truly jumps off the page. Janson says, “I saw the update on this post in my inbox and am in disbelief that this is still going on. I own a 15 and have always thought the unconnect was the worst part of the car. I will no longer buy a Dodge unless they work out this mess AND provide a way for cars to easily get updates without paying for them in the future once the warranty is out. I understand bad updates happen but they have been so slow to resolve this with such terrible communication (in cases not even admitting it was their fault). Horrible. In a day and age when updates are required to keep computers secure and working as they should, updates should not cost money. Could you imagine Windows or your phone charging you for every update?! Dodge needs to wake the **** up and quit acting like a clueless large company.”

The issue also seems to appear on some of the Canadian Dodge Challenger models, even though they so not have over-the-air forced software updates.

One Canadian owner, 2015RT, from Toronto, apparently was able to get his Challenger fixed with a USB downloadable update. “I emailed them through Chrysler.ca, and linked this forum thread, specifically the one where DodgeCares confirms the issue. Asked them to get me 17.11.37 manually, took a couple of days but they did.”
2015RT was nice enough to share. Tatum says he tried it and “I just installed it during lunch (20minutes) and my sport mode is back! Went on the road, hit about 30mph, hit the sport mode and there is that umph I was missing. I tried it several times and works!!!!Thank you 2015RT!!!!! Just to be clear, the firmware update was for a Canadian model, I have a North American model with an RA4/VP4 factory radio.”

2015RT stresses a couple of issues, so that people don’t start hounding Canadian dealers to get the fix. He says “The Dealers will have no record of 17.11.37, FCA was going to send the file to the dealer of my choice and have them install it in my car only. FCA Canada doesn't know about this update, because it's all in FCA US and Uconnect. I had to link this forum thread and they contacted DodgeCares to get the update. Ashley @ FCA Canada would know about the update.”

So the fix for some of the 2015s is out there but it is arriving slowly, which again is frustrating to owners. Hopefully, Dodge will find a fix for all of the Challengers that lost Sport Mode and distribute it quickly.

louis gibbons wrote on June 2, 2018 - 11:23pm Permalink
I have been complaining about the sport condition for about 8 months. Then I was forced into the extended warranty by the fact that software wouldn't be covered if I didn't. All of a sudden sport was back BUT abs, traction control was lit. I guess there is another warranty available for another $3000 that will allow me to get that back. Whenever I take the car to the dealer, there are at least two mechanics that have to go out and burn the tires. I complained to the shop manager who could give a shit, so no more dealers. I would rather have no abs or traction control, like the old days, than let the punks ruin my car. Dodge, in general, you are starting to suck,,,bad.
Dave Eye wrote on October 5, 2018 - 5:51pm Permalink
Dodge refuses to admit that this is an issue still. 8 months now and no sport mode. Dodge won't address this issue. Shame on them. I will probably never own another FCA product again. I have 4 of them now. The new Mustang looks pretty sweet this year, by the way!
Andy McCall wrote on November 11, 2018 - 12:40pm Permalink
There is a proven and documented fix for the Uconnect update that kills our Sport Mode. The update modifies settings in the BCM that fools the system into thinking the car is a base model with A8 transmission, instead of a Scat Pack with M6. The Star technician needs to contact Chrysler to get the list of values for the specific car being serviced. Then they just scan through the values stored, and correct any that don't match the build list. My 2015 Challenger Scat Pack M6 was at the dealership for 34 days before it was fixed. They replaced the radio 3 times without any luck, and were out of ideas. On about day 24, I shared with my Service Adviser, the story of another owner in VA that had his car fixed. The other owner had posted his story on the Scat Pack Forum. The dealership wouldn't try it on my car, even though I had the other owners name,VIN, STAR case # and info about the dealership in VA so they could look it up. They said that Chrysler Corporate wouldn't permit doing it unless OKed by Engineering Group. After more than a week of efforts by my Chrysler Care Case Manager, as well as my own, my dealership finally got the OK to try the procedure. It took less than an hour for the Star tech to have my car back to normal after that. What really bothers me is that Uconnect had already heard from many of the owners already effected, long before I downloaded the update for my car. I only did that because they had told me I couldn't update my NAV maps unless I had the latest Uconnect software version installed first. I had to enter my VIN to get the file, so they (or their system) knew exactly what my car was. It was one of the small group of cars that was certain to be damaged by the nasty side-effects of the update. Despite that though, I was still allowed to get the file. They didn't give a damn about how we (or our cars) were being harmed by their software. They couldn't have cared less when I called them an hour after I installed the update and found my Sport Mode gone. They still don't care. I love my Dodge, but I hate that Uconnect system that governs my car even more, because They Still Don't Care.
Thomas wrote on January 29, 2021 - 6:27am Permalink
hello I have a 2015 R/T and the same problem with the sports mode. Can someone help me? I live in Germany but nobody can help me here.
Dave Eye wrote on November 13, 2018 - 3:39pm Permalink
At this point, FCA won't pay to fix it. I am out off warranty and they want me to pick up the diagnostic charge!!! What a crock of crap!
Jose munoz wrote on October 10, 2020 - 10:29am Permalink
I have a 2015 dodge challenger sxt my sport mode not working since the air update please I need help. Vin#2c3cdzag6fh713043