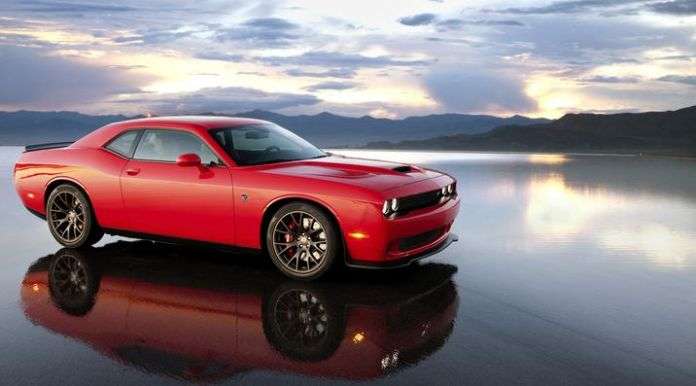 Owners of the 2015 and 2016 Dodge Challengers are furious over a forced software update that they say has eliminated their cars' popular Sport Mode. The problems started last summer and many drivers say they still haven't been able to get it fixed.
Advertisement

I read a lot of different forums but rarely have I seen drivers as upset as 2015 and 2016 Dodge Challenger owners. The Challenger is a high performance vehicle that is specifically designed to be a thrill ride for car lovers but a recent software update has created a number of problems.

The issue and frustration is detailed in a Challenger forum thread that runs over 53 pages, with over 500 different comments, all spewing disappointment and disgust that it has taken more than six months to get the problem resolved.

The first complaint came in at the end of May in 2017. Harley says “Need help! My Scat packs software "upgraded" last night and now I can no longer select sport mode for the engine. In other words when I'm in sport mode I can only change the traction to sport and steering to sport, when selected for engine it goes back to default. I no longer have that deep exhaust note that I love so much. Anyone have any ideas?”

Over the next few weeks, 2015 Dodge Challenger owners and fans suggested a number of potential fixes to no avail. Trying to reset the settings manually didn’t work and Harley was not able to go back to an earlier version of software. Harley didn’t want the software upgrade, it occurred on its own.

It didn’t take long and other frustrated 2015 Dodge Challenger owners noticed that their Sport Mode was gone. Money Grip says, “Same situation happened to me. 2015 scat . 6 speed my. Over the air update yesterday . Will not stay in engine sport setting at all. Car not the same after update. All other sport settings seem to stay and work. Very disappointed as I always drive in full sport settings.” Money Grip quickly went to his dealer but isn’t happy. “They reflashed the update. Still no engine sport mode. Ordering me a new radio unit. Been driving in complete sport mode since 1st day. Hope it will get fixed.”

The new radio unit did not fix Money Grip’s problem. “Had radio unit replaced today . Engine sport setting still not saving and goes back to "street". Next step is more detailed investigation with dodge hooked up to some other diagnostic computers they say. Anyone had any luck with this problem being resolved? Car does not drive the same after update.”

Welch, from Florida, says others are having the same problem with their 2017 Dodge Challengers after the update. “This is unacceptable. There are similar problems being reported with the updates (not over the air) for the 17's. Heads need to roll at whatever Dodge office is responsible for this.”

By the end of June 2017, Dodge looked at Money Grip’s Challenger and was perplexed. “Dealer keeps saying no one has seen something like this at Dodge after having my car plugged in all day. Dodge wants a screen shot of what is happening. I'm sure this is happening to thousands of other Challengers who have not figured out that their sport settings for the engine are all messed up. Let's hope Dodge hears all of these issues and gets it fixed fast. My dealer said there is absolutely no way to go back to a previous version of the software. I had no issues with the previous software and the car was running amazing.”

The sage continues with other owners trying to fix the Sport Mode issue, buying software packages like Tazer, but they weren’t able to fix it. Other 2015 Dodge Challenger owners inquired about refusing the updates so that they wouldn’t lose their Sport Mode but were told that they couldn’t. “This TSB for the RAM 1500 Uconnect upgrade states that the upgrade can only be delayed, but eventually will be performed even if you don't want it to. UConnect 8.4 & 8.4AN Update - 17.11.07”

Others tried to factory reset their vehicles but that doesn’t seem to help either. Dodge Cares joined the conversation on the forum but they just kept opening new cases without providing any answers.

Other owners are noticing problems beyond the Sport Mode. One driver’s paddles stopped working. Another’s traction controls disappeared. Another found that his music files had been altered.

Rex, from New Orleans, is so angry that he wants a different vehicle. “I plan on bringing mine this week to start the lemon law process. They get four tries to fix the same issue within my state. I might be a bit presumptuous but I'd love to get a new car because of a mistake by Dodge. They've been dead silent in issuing a statement recognizing the issue.”

An owner named John suggested contacting someone higher up at Fiat Chrysler. “All of you folks with this update issue, should contact Pietro. [email protected]
He made things "happen" with the TC Failure issue, and the P01 became real."Dodge Cares" has to work through the "proper" channels. Pietro asks those channels WTF is going on, and get it resolved. The "top down" theory can work, he just needs to know about it now, rather than later.”

They Have a Fix but not for Everyone

A few months ago, an owner who goes by Turtle, had a breakthrough. “I just got my car back today. Dodge technician traveled to my dealer and fixed the Uconnect/Sport Mode problem. Thanks Andrea (Dodge Cares) and Michael M. (FCA.)” Turtle apparently was able to get a software patch downloaded at his dealer.
A Dodge Cares specialist commented on the forum. “A software patch was sent out to 2015 manual transmission Chargers and Challenger to fix the sport mode deletion concern, if you are part of this population and have not received the update yet please send us a PM with your VIN. If you are not part of this population but are experiencing the sport mode deletion concern please send us a PM with your VIN if you haven't done so already so I can pass it along to our engineering team for further investigation.”

However, the patch wasn’t sent to all owners and other model years are having similar issues. Part of the frustration is that they are still forcing the updates that are causing the same issues without providing the patches to people who are forced to update. One would think that they would stop the updates until the problems are addressed.

Another owner tried to get his vehicle fixed and was denied. “The idea that the manufacturer caused this problem, has the fix, yet refuses to give it to those who have been impacted is about the worst customer service I've ever run across.”

An owner who goes by Nethkin sums the frustration up perfectly. “Is this sport mode dysfunctionality ever going to get fixed? My 2016 M6 Challenger Scat Pack is still broke, going on 7 months now.”

It is hard to believe that Fiat Chrysler has figured out how to address the problem on 2015 Challenger models but is leaving the owners of 2016 Challengers and some 2017 Challengers out in the cold. The Challenger is a halo performance car that brings fans to the brand. It is crazy that something as simple as a software bug is taking this long to fix!