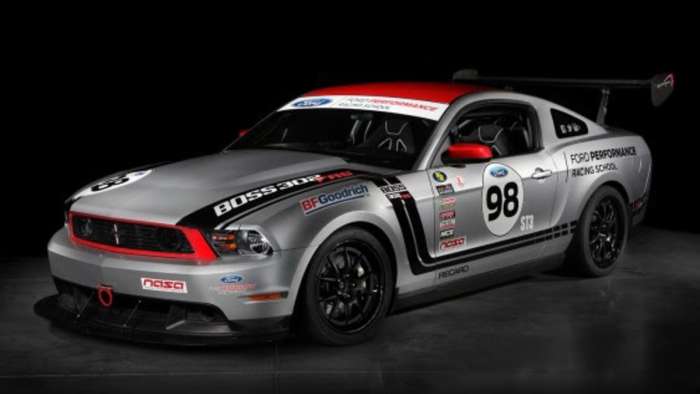 A friend tipped me off to a rare opportunity to buy a real Ford Mustang Boss 302 race car. Ford Performance has outdone itself this time.
Advertisement

It is not every day that you get the chance to buy a real purpose-built Ford Mustang race car. That is exactly the rare opportunity that Ford Performance is offering some of its most loyal customers. The tipster forwarded some inside information concerning 14 Ford Mustang Boss 302 vehicles that are being offered for sale.

The offer comes from the Ford Performance Racing School and it is a tempting one.

These aren’t just any Ford Mustang Boss 302s, these are fully race-prepared by the Ford Performance Racing School. The information does not indicate what year the vehicles are or when they were built. Nor does it indicate how many miles are on each of the 14 vehicles. They never mention fuel economy because that goes out the window when you race. The asking price is $45,000 per race-ready Mustang.

The vehicles are loaded with race ready perks. The cars all have DOHC 32-valve V-8 engines. The 5.0-L engine kicks out 444 horsepower and 380 lb.ft. of torque. The engine is paired with a Tremec Magnum T56 XL transmission. The Ford Racing Schools’ Mustang Boss 302s each have a FIA-approved roll cage and fire suppression system.

They also each have RECARO Pro Race fiberglass seats and a Safecraft five-point harness. The race cars are fitted with front splitters, Capaldi radiators and G-Stream rear wings. The brake lines are braided steel and the front brakes have Brembo 4-piston front calipers and rotors. The rear brakes have PFC rear rotors.

You Have to Arrange for Pick Up

The race cars will be available for pick up by October 20th, 2019 and the buyer is responsible for picking up the car. I would imagine that you have to pick it up at the Ford Performance Racing School in Grantsville, Utah.