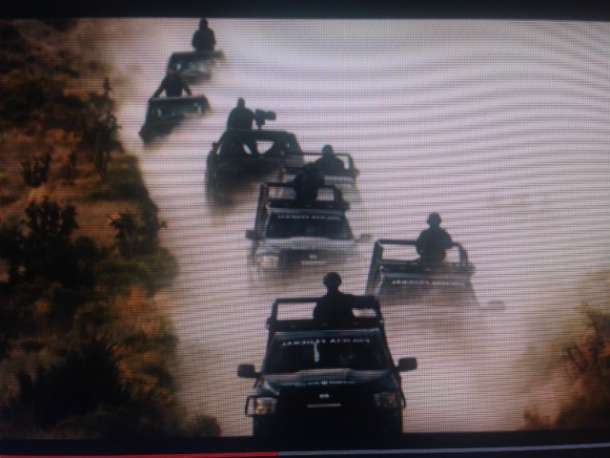 The new trailer for the Wolverine 3 Logan movie is out on YouTube and several Fiat Chrysler vehicles are featured. Ram Trucks are especially prominent.
Advertisement

The screen shot taken from the trailer released on YouTube shows a herd of Ram Trucks apparently pursuing Logan, the hero of Wolverine 3. The movie is due out March 3, 2017 and Fiat Chrysler vehicles are featured throughout the preview.

According to movie websites, this is the third and last Wolverine solo film. Hugh Jackman stars as Wolverine, the Marvel Comics character that he has played in all of the X-Men movies.

In the trailer it appears Wolverine is protecting Professor Charles Xavier, who looks to be very ill. The two are also protecting a young girl named Laura who is reportedly a clone of Logan. Yes, I know that doesn’t make sense, if she’s a clone why isn’t she a male? It’s a sci-fi movie, they can do whatever they want.

In the trailer, Logan and Professor Xavier are traveling in a limo that looks like a stretched Chrysler 300. They are being chased by at least a dozen Ram Trucks tricked out as police or military vehicles. The trailer shows a great shot of all the trucks emerging from the fog, an ominous sight.

There are a few other Fiat Chrysler vehicles to note in the movie preview. There is a bright blue Ram Truck that appears to have Rebel trim, that Wolverine is driving. It is hard to know if they have commandeered the truck or what part it plays in the movie because clips are often out of sequence.
A Dodge Challenger is also prominently displayed in the clip as a police vehicle.

The movie is expected to have an R rating and graphic violence.

It is unclear how things end for Logan, however in several stories Hugh Jackman has said that he wanted to play Wolverine until the character’s death. This movie is intended to be the tenth installment of the X-Men series.

If there are this many Fiat Chrysler vehicles in just the trailer, you can expect to see many more in the actual movie. Wolverine 3 Logan is set in the year 2044, so it may give us a glimpse of some of the vehicles imagined for future decades. Wolverine and Ram Truck fans will be on the edge of their seats until March 3, 2017.