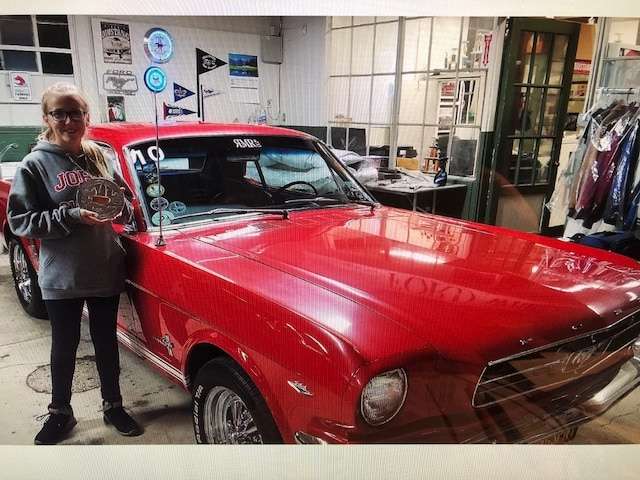 How Millennials are Showing Their Love of the Ford Mustang

A new online group called the Millennial Mustang Registry is calling on young people to unite and show their love of all things Mustang. The registry already has over one hundred members as young people show they love pony cars, too!
Advertisement

A new group called the Millennial Mustang Registry is sparking a new wave of passion for the pony car. They make it very clear in the group’s mission statement that it is a new kind of car club and they are looking for young new members, united in their love of the Ford Mustang. “The mission of the Millennial Mustang Registry is to unite Millennials who have a passion for their Mustangs, to make new acquaintances, and to share the joy that Mustangs bring to our lives. MMR is working to ignite a flame within Millennials everywhere in order to fuel Mustang's future.”

The group already has over 120 members from as far away as Sweden and Italy. From its website, it looks as though the first two members are from Indiana, but the other members span the United States, from California to Florida, and Michigan to Texas.

The Mustangs range from older models like Paige Paulsell’s award-winning 1965, in California, to some models that are in dire need of refurbishing, like #65 that is in the process of being rebuilt in Oklahoma. It appears that they have every different Mustang body style represented and just like most Ford Mustangs you see, they are all different. Check out the registry and you will find all types and colors of Mustangs.

It makes sense that millennials love the Ford Mustang. It was designed as a young person's car, very sporty and very affordable for its time. The first Mustang with a convertible top, serial number One, is on display at The Henry Ford museum in Dearborn, Michigan.

Too often, we hear that young people are not enthralled with driving. We repeatedly hear that young people would rather have a phone than get their driver’s license. Many analysts say that the bottom will fall out of the collector car market because young people don’t appreciate the beauty and workmanship that goes into great cars. The Millennial Mustang Registry intends to prove the naysayers wrong. “The Millennial Mustang Registry is a group of Millennials (born between the mid-1980's and the early 2000's) who have a love for Mustangs. The car show scene is mostly dominated by older generations, and because of this, people think we Millennials don't love our Mustangs. The purpose of this club is to show how much we Millennials truly do love our Mustangs as well as try and get more people involved in the car world. If you have a Mustang that you love, please JOIN US today!”

The Ford Mustang is the original pony car that debuted as a 1964 1/2 model. The car continues to be built today and is one of the few car models that Ford intends to keep producing.

The 2019 Ford Mustang Bullitt edition that was unveiled as the 2018 North American International Auto Show, in Detroit, in January, is drawing rave reviews. A 2020 version of the Ford Mustang Shelby GT500 is reportedly in the works, and it is expected to top 700 horsepower.

When you sign up on the registry, it appears that the only qualification is that you love Mustangs and fall in the millennial age range. We first heard about this growing Mustang Registry from another Mustang fan site, we are wishing them great success in their mission of igniting “a flame within Millennials everywhere in order to fuel Mustang's future.”

Michael Belcher wrote on May 16, 2018 - 12:27pm Permalink
Excellent article on the Millennial Mustang Registry! Thank you very much for sharing!