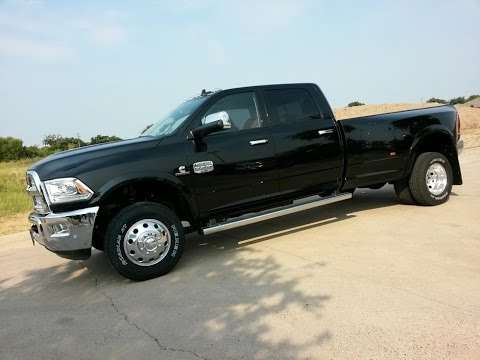 The owner of a 2016 Ram 3500 Longhorn was disgusted with what he found underneath his hood. He reaches out to members of a popular forum for help in getting rid of the rodents and keeping them at bay in the future.
Advertisement

The owner of a 2016 Ram 3500 Longhorn, Jake, from New Jersey, doesn’t use the truck as his daily driver. He told the members of a popular forum, “Unless I’m hauling something the RAM sits in my back driveway under a tarp. Well this morning I had to uncover the beast so I could move a washing machine. I uncovered it, popped open the hood and to my disgust found that a rodent (or two) had been munching on my OEM battery blanket. I NEVER use a battery tender (storage-charger) on the truck when it’s in storage, and I NEVER plug in the block heater either. I know damn well that ANY source of heat is like a magnet for animal infestation. A few days ago I broke my own rule and installed a battery-tender on the Left battery. The Left battery is where the battery tender was plugged in and sure as heck it was the Left side of the truck that had rodent damage.” Now Jake is concerned about keeping the rodents from coming back.

Horse, who is a frequent poster, tried to be helpful despite giving Jake a hard time. “I have heard that mothballs or dryer sheets can keep the little bastards out of there. I would definitely prefer the scent of dryer sheets to the odor of mothballs. Hopefully they didn't get any wiring that you haven't seen yet.”

Blu says he has seen similar complaints lately. “Have seen a few threads on this same issue recently. Not sure what the setup is on the Cummins, but others have posted that their air box has also become a food bank. May want to check that too if you haven't already.”

Steve has had the problem on both a Ford and his brand new 2017 Ram Sport. “I had my brand new 2017 Sport one week when I came out one morning and saw battery blanket material on the ground. I have these little red demon squirrels that I've been battling for years. They completely shredded the hood liner on my Raptor, and had built a nest of liner and bark inside my fender well, after chewing through my washer fluid hose. Well they started on the ram, removed the battery blanket and then tried all the common remedies (peppermint oil, dryer sheets etc). The only thing that seems to have stopped the evil creature has been cayenne pepper! I've sprinkled it all over engine bay and made up some "squirrel death sauce" of boiled cayenne pepper and other hot peppers. Strained it and can use in a spray bottle. It's also good on tacos !” Steve says he hasn’t had any problems in the past month.

Several Ram owners suggested that Jake use poison but that can be dangerous if you also have dogs or cats. Fun says he received help from a garden store. “Happened to me with my new '17 Ram. I think I interrupted the little devil because there was a half-eaten acorn on the blanket and no bodily fluids (thank goodness...). I went to the local farm & garden store and got some commercial granules that you sprinkle around to discourage the rodents. It has a mixture of several peppers that rodents don't like.”

Bob, from Michigan, says you should definitely not use mothballs. “Don't use mothballs, they will decompose with age/heat and leave a horrible smell that is difficult to remove. How do I know - I bought an old vehicle that the owner had spread mothballs under the seats to keep the vermin out. Every piece of the interior had to be removed and the smell still lasted another year or so later. There was still chewed upholstery and wires inside as well as nests.”

Ric suggests, “Try using peppermint oil in that area. I have found rodents don't like it.”

Jake thanked all of the other owners for their suggestions. At last word this was his plan. “I lifted the hood Sunday evening soon as I got home and NO Rats. So now I bought the stinkiest dryer sheets I could find. I'm gonna spread them around the engine compartment. Then I'll hook up my battery-tender and let it cook.” Jake and the other posters say that they dream of the day when they can have a big enough garage to store all of their vehicles inside. Don't we all?