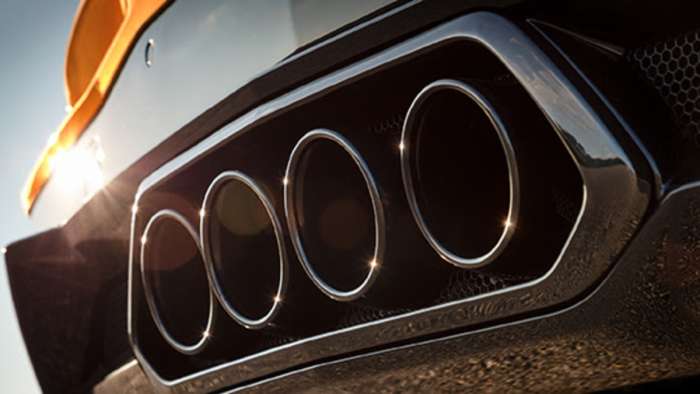 Corvette engineers want to make sure that the 2023 Chevrolet Corvette Z06 sounds as fierce as it looks. A huge part of tuning the flat-plane V8 engine in the Z06 was guaranteeing that it had just the right sound.
Advertisement

The 2023 Chevrolet Corvette Z06 towers over its Corvette siblings because of its all-new 5.5L LT6 engine. The engine is the highest horsepower, naturally aspirated V-8 to hit the market in any production car. The all-new flat-plane crankshaft design will rev to a phenomenal 8,600 rpm, creating 670 horsepower. Engineers spent two years making sure the engine sounds like no other and can be heard inside the vehicle as well, so the driver can enjoy the feeling of power in the supercar.

Chevrolet wanted this Corvette to have a signature growl. The hand-built engine hits a redline at 8600 rpm, which is 2000 rpm higher than Stingray. It is meant to sound like a street legal racing beast. The 2023 Chevrolet Corvette Z06 will do 0-60 mph in an astounding 2.6 seconds.

Hear the 2023 Chevrolet Corvette Z06 in this video:

The Z06 chassis has underpinned Corvette Racing’s C8.R since it began competing in 2020. Thanks to a shared chassis, similar engine architecture and exterior proportions, the C8.R has been referred to internally as the Z06 hiding in plain sight. That means that Chevrolet’s performance engineers have been testing the 2023 Corvette Z06 since at least 2020. The 2020 Chevrolet Corvette C8 made its debut on July 18, 2019. Fans knew a Z06 version would follow, but the development was delayed by COVID and parts shortages.

The key to the LT6’s sound and performance capability is its lightweight, low-inertia rotating assembly rooted in an all-new flat-plane crankshaft. The short stroke (the distance each piston/connecting rod assembly travels with each rotation of the crankshaft), allows the engine to rev higher before redlining at 8600 rpm. GM testing has estimated the engine producing 670 horsepower and 460 lb.-ft. of torque. Two years is a long time for engineers to work on the sound of an engine, but Chevrolet was convinced the sound had to be perfect before the supercar could hit the road.

The LT6 is hand assembled by master engine builders at the Performance Build Center within the Bowling Green Assembly Plant in Kentucky. Builders use precision tooling and hand fit pieces of the engine to meet Chevrolet’s exact specifications. Each engine features a plaque on the intake manifold with the signature of the technician who crafted it from start to finish.

The 2023 Corvette Z06 will go into production in the Summer of 2022. Pricing has not yet been released. Just like its signature engine, the supercar will be built at the Bowling Green Assembly plant.