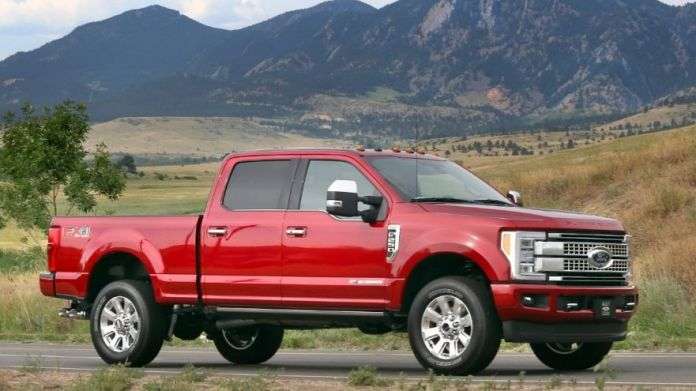 Ford is latest to be sued over Diesel Truck Emissions

The law firm that started the owner lawsuits against Volkswagen, over diesel engines that were rigged to pass government tests while spewing dangerous emissions, has turned its attention to Ford trucks. The lawsuit claims that 2011-2017 Ford 250 and 350 Super Duty vehicles are emitting dangerous pollution.
Advertisement

The lawsuit filed January 10th, 2018, in Detroit, comes just as Ford is about to release a new diesel version of its popular F-150. The lawsuit also accuses Bosch of providing “the emissions cheating software devices in 2011-2017 Ford 250 and 350 Super Duty Diesel pickup trucks.”

The lawsuit is filed as a class action against Ford and Bosch. It lists 58 counts of violations of state consumer laws, false advertising laws, deceptive trade laws as well as violation of the Racketeer Influenced and Corrupt Organizations Act (RICO). The paperwork alleges that “Ford colluded with Bosch in an “organized scheme to evade emissions requirements, for sake of profit.”

Claims that Engines and Software are Rigged

Ford is just the latest vehicle maker to defend itself against accusations over diesel emissions. In the case of Volkswagen it was often referred to as “Dieselgate.” In April of 2017, a US federal judge ordered Volkswagen to pay a $2.8 billion criminal fine for rigging diesel-powered vehicles to cheat on government emissions tests.

The law firm Hagens Berman claims in its suit that “The trucks’ touted performance, power and towing capabilities are only obtained by switching off or turning down emissions controls when the software senses the vehicle is not in an emissions-testing environment.”

Steve Berman, the managing partner of Hagens Berman says in a statement, “In my opinion, based on our testing where under real world conditions these trucks are 30 to 50 times the standard, Ford should have called these ‘Super Dirty’ not ‘Super Duty.’”

The diesel versions of the F 250, and F350 Super Duty could cost as much as $8,000 more than their gasoline versions.

Earlier this week, Ford announced that the 2018 Ford F-150 will be offered in a diesel engine. “For every truck owner who wants strong fuel economy while they tow and haul, we offer a new 3.0-liter Power Stroke® V6 engine that dreams are made of,” said Dave Filipe, vice president global powertrain engineering. “The more you tow and the longer you haul, the more you’ll appreciate its class-leading towing and payload capacity and how efficient it is at the pump.”

The lawsuit could cast some doubt on Ford’s claims. Ford will start taking orders for the new diesel F-150 this month.
The same law firm has filed suits against Volkswagen, Mercedes, Fiat-Chrysler and General Motors over the diesel emissions.

The Ford F-Series of trucks has been the top seller in America for more than four decades.