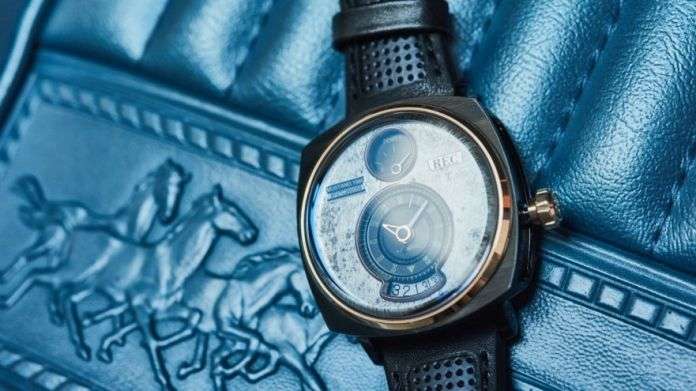 Classic Mustangs Come Back to Life as Watches

A high end watch maker is salvaging parts from classic Ford Mustangs and creating unique timepieces for the true Ford Mustang lover. Your 2018 Ford Mustang may be an instant classic, so is this incredible watch.
Advertisement

Not everyone can afford a state-of-the-art 2018 Ford Mustang, but a company in Denmark is hoping true Mustang lovers will want a significant watch made from real Mustang parts.

Christian Mygh and Jonathan Kamstrup are the brains behind this high horsepower venture. The artisans are searching through salvage yards around the world for classic Mustangs that they can bring back to life as part of incredible timepieces.

The watches start at $1495. Ford released information on the watches, which may be the perfect holiday gift for the Mustang lover in your life. In the release, Christian Mygh says, “Most people would just see a pile of metal, a ghost of a Mustang. We see something completely different – the soul of a car and a story that needs to be told. I’m not cutting up Mustangs. I’m bringing Mustangs that are beyond repair back to life as a watch.”

REC will create your own unique watch

The company called REC Watches, based in Denmark, will even create a new watch from parts donated by customers. They have already created a watch for professional driver Vaughn Gittin Jr. His watch includes carbon fiber bodywork from his 700-horsepower World Drift Series Ford Mustang RTR.

REC Watches claim that they trace the history of every vehicle that they use, trying to talk with former owners and making a video about each vehicle and the watch that gives it new life.

According to REC, “Each finished design incorporates the vehicle identification number, year of production and classic Mustang design cues. A power dial designed to look like a fuel gauge shows remaining battery life, and the hands, date, and dial numbers are all influenced by the iconic car’s dashboard.”

REC Watches created 250 watches from a rare 1966 Raven Black model that they found in Sweden. That collection is called the limited edition P51-04.

The Ford Mustang debuted in 1964. One of the original pony cars, the Ford Mustang’s unique styling made it an instant classic. It is still a top seller today.