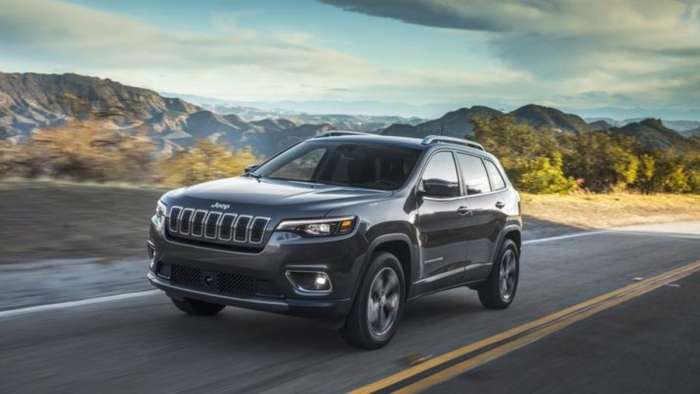 The Big Reason that Jeep is Celebrating the 2019 Jeep Cherokee

The Jeep Cherokee just was named a winner in important category today. See why the people at Jeep are celebrating.
Advertisement

Jeep executives are celebrating after the 2019 Jeep Cherokee was ranked first on the list of the most American-Made Index. This is the Jeep Cherokee’s second appearance at the top of the list.

“The Jeep Cherokee tops Cars.com’s American-Made Index for the second year in a row, taking the number-one position, thanks to high scores across the five major factors analyzed in the index,” said Kelsey Mays, Senior Consumer Affairs Editor, Cars.com.

The index attempts to measure the economic impact of the different models. The Jeep Cherokee is built in Belvidere, Illinois. The Jeep model was transferred there in 2017, from Toledo, Ohio, so that the Toledo plants could focus on the Jeep Wranglers and the Jeep Gladiators.

“As we approach the Fourth of July holiday, we are especially pleased to celebrate Cherokee’s place as the most American vehicle on Cars.com’s American-Made Index for the second consecutive year,” said Jim Morrison, Head of Jeep Brand – North America. “We salute the dedicated employees who build the Cherokee, the most capable midsize SUV on the planet, as well as all the loyal Jeep owners who drive it.”

The mid-size SUV is the largest SUV segment in the U.S., with over 2 million sales every year.

Other Most "American Made" Vehicles

Honda took the next three spots the list, with the Odyessey, Ridgeline and Passport, all built in Alabama.

The Chevrolet Corvette, built in Bowling Green, Kentucky came in fifth. The Chevrolet Colorado and its cousin, the GMC Canyon, built in Missouri, were eighth and ninth on the Cars.com list. The Ford F-150 was thirteenth on the rundown.