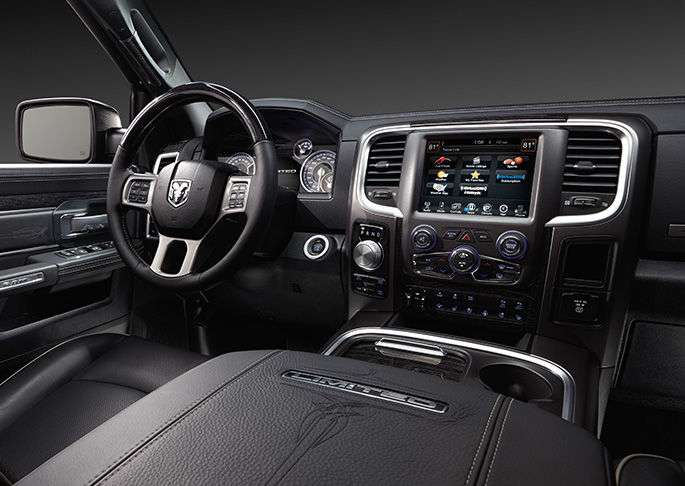 What good is an emergency alert, if they don't tell you what the emergency is? That's the question Ram truck owners are asking about random alerts they are receiving on their UConnect system.
Advertisement

A number of 2016 Ram truck owners are reporting random “emergency alerts” lighting up their UConnect screens. The drivers are confused about what the alerts are, because they give no indication what they are referencing. A driver from Las Vegas started the discussion on a Ram forum. “I've got the UConnect 5.0. A couple of times now, when I've been listening to Sirius radio the station I'm listening to will stop and "Emergency Alert" will flash on the UConnect screen. Then it goes off and goes back to the station I was listening to. Is this something that is alerting me about the truck? Something on Sirius radio? Something UConnect does? And what is the alert?”

Some drivers theorize that the alerts could be connected to the radio subscription service. “How old is your truck, I remember mine doing something just before the 1 year free Sirius subscription was done.”

Yankee says his 2016 Ram truck always specifies what the alert is about. “My 2016 Ram alerts me to bad weather conditions by flashing a warning on the screen, mostly i have seen the notice extreme temperatures in the area.”

One driver, Cast, from Las Vegas, is having the same problem on the 2015 Ram 1500 that he just purchased. “It happened once on the test drive, twice on the drive home last night, and about 8 or 9 times today when I ran some errands. It has happened when using both normal radio or bluetooth streaming on my phone. Sirius isn't registered and I haven't even turned it on. I used the "Assist" button and contacted UConnect about it. They weren't certain but they surmised it was with Sirius, so they contacted Sirius who said it wasn't something from them. So UConnect transferred me over to Ram who tried to find the problem, suggested again it was something from Sirius, called Sirius again, who again denied it was coming from them, so Ram then said I should take it into service.”

Cast, took his truck to the dealer and found that other drivers are reporting similar random alerts. “Brought it into the dealer. They re-flashed it but it still does it. The service advisor told me Ram is well aware of this issue and they are coming out with a new update that will fix it. My buddy with a brand new '15 1500 has the same issue as well. So I think it's been going around.”

An Oklahoma driver, named Prince, says the alerts are downright bizarre. “I get "Freeze Warning", "Fire Warning", "Severe Storm Warning", sometimes they pop up every 5 minutes, even though my Sirius subscription has run out, and even when I do not have my phone with me. It's really annoying and apparently there is no way to stop it!”

A South Carolina Ram owner says that even if the emergency alerts start out correct, they can go haywire. Tidefan says “It wouldn't be so bad if the warning(s) only lasted as long as the situation it was warning you about. When Hurricane Matthew came through here last September it kept giving hurricane watch/warnings for at least a week after it passed through here.”

The danger with a malfunction like this is that drivers will get so sick of the false alerts that they will ignore a real alert. People could be in danger if they don't have confidence in the veracity of the emergency alert system.

Let’s hope that the information they gave Cast was correct. Hopefully, Ram is working on a UConnect update that will solve the random emergency alerts.