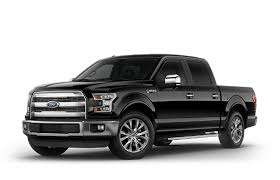 2015 Ford F-150 owners are concerned about their seats shifting

A number of 2015 Ford F-150 owners report that their seats move a little when they are making turns. They are concerned that the seats are broken or about to break.
Advertisement

A driver from Florida asked the Ford F-150 forum if anyone else is having a problem with their 2015 Ford F-150 seats moving. “Has anyone noticed the seat shifting every so slightly on turns? Mine does it usually when I turn right. It happens at least once on a trip and then doesn't seem to happen again. I had a similar issue on my 2012 mustang which seemed to be resolved if I cycled the power seat mechanism back and forth slightly. I've done the same to this truck and it's not fixing it.” JMI says the sensation is like something is loose, but not very loose.

WTM, from Raleigh, N.C., was quick to respond. “I'm having almost this exact same problem. Over the last several months have noticed that the driver's seat 'moves' a tiny bit when cornering (either left or right, when body weight shifts). Enough to be annoying. I thought I had read about this before and was hoping for a TSB but haven't found anything so far.”

Trevor, from Houston, Texas, says “Add me to the list of people with this problem. For me, I notice it most when I swing out to exit the vehicle. It feels like something just needs to be tightened. For the record, I'm a heavy dude but I don't think that's related to the problem.”

Glitch, from California, says it is not just 2015s. “2016 XLT here, D/S seat seems to shift more on left turns. Feels like the cushion has separated from the support rails.”

At least a dozen more drivers say they are experiencing the same problem. “I've started noticing this about a month ago. 16 platinum for what it's worth.”

George, from Texas, believes that he knows what is causing the seat to shift. “I've looked under the seat, and the cushion appears to be bolted/screwed into two half-circle brackets that fit around a piece of pipe/metal that goes from one side of the seat to the other. When you move the seat cushion side to side by hand, you can see these brackets shifting back and forth along the pipe. Unfortunately, the screw holding the seat to the brackets is covered and you can't get to it to simply tighten it down.”

A number of drivers are surprised that Ford hasn’t issued a TSB or technical service bulletin because so many owners are experiencing the same issue.

Jennings, from North Carolina, says he was able to fix his seat. “I recently had a torx fastener on the seat framework come loose completely that caused this exact issue. If just loosened then I could see it causing the issue you're experiencing. I removed the side cover where the seat controls are and was able to line things up get it back in and tighten it up. I am going to make my dealer aware of this the next time it's in but so far I haven't noticed any movement since putting it back in.”

Another owner says he was able to get his dealer to fix his under warranty. “Just got mine back today. It had a broken seat frame. The frame was replaced and seems to be fixed.”

I’ll be curious to see if you are having the problem. Have you had it fixed? Did you fix it or did the dealer? With a truck that is almost brand new, it is an annoying issue to deal with!

Sam wrote on August 10, 2018 - 12:04pm Permalink
Same seat problem on my 2015 F150 Lariat. Dealer replaced seat track under warranty Oct. 2017. All was fine until July 2018 when I noticed it again was loose and moving during weight shift when cornering. Haven’t returned to dealer yet.
Aaron wrote on February 13, 2019 - 10:24pm Permalink
My 2015 XLT does this. The seat frame feels solid but the seat padding and cloth feel very loose. I can lift it off the frame an inch or so with no resistance. I'm quite sure this is causing the problem of it shifting slightly on left (mostly) and right (sometimes) turns.
Chad Rasmusen wrote on May 14, 2020 - 4:38am Permalink
I have a 2017 F-150 with 38k miles on it and the driver seat frame is cracked and ford won’t do anything. My extended warranty covers everything on the seat but the frame. It’s a safety concern. Anyone had any luck with Ford covering this?
Chad Roche wrote on November 23, 2020 - 1:49pm Permalink
I’ve got the same problem in a 2019 F-150 FX4 XLT! This is the most uncomfortable and problematic seat in any car or truck EVER. Dealership has “fixed” it three times and I’m on to the fourth. Ugh.
Marty Jones wrote on December 17, 2020 - 5:54pm Permalink
I have the same problem. Ford dealership says it’s within Ford specs . I called customer service and got the run around. Not giving up.
Chad Roche wrote on December 18, 2020 - 10:57am Permalink
My truck repairs have triggered AZ lemon law. I’ve hired an attorney and will be lemoning my truck. This is my 3rd F-150 (and I’ve had a Ranger, Fusion, Transit) and I’m so disappointed because I’ve had lots of Ford vehicles and this one has been the worst. My last F-150 went to 280k miles and I sold it in perfectly running condition!

Panasonic Updates Profit Forecast, Noting How Much Tesla Batteries Help The Jump
2022 Porsche 911 GT3 Laps Nurburgring in 7:04 With Journalist Behind The Wheel
END_OF_DOCUMENT_TOKEN_TO_BE_REPLACED