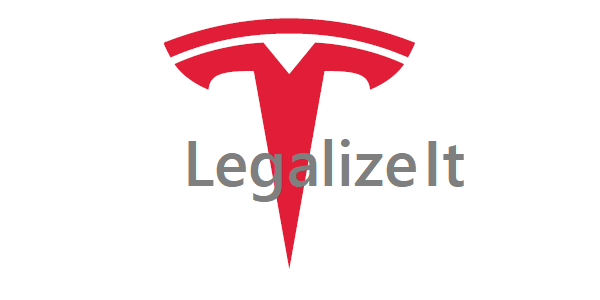 Your Model 3 order could be illegal in your state

It is still illegal for Tesla to sell its cars in several states due to strong opposition from car dealership lobbying efforts.
Advertisement

There are almost a half a million people waiting to get their hands on the wheel of the Tesla Model 3 when it begins production in late 2017. 95% of those drivers will be new to the Tesla family and may have never even sat behind the wheel of a Roadster, Model S or Model X.

In fact many of them may be living in a state where Tesla is considered illegal and may not even know it. Yes believe it or not it is illegal for a Manufacture like Tesla to directly sell you a car in certain states. Tesla since their inception have battled state by state for the right to sell you a car.

Traditionally car Manufactures work with a franchised network of car dealers to sell their vehicles. Historically this added a layer of protection ensuring the dealers were aligned with consumer’s interest and promoted fair pricing by competing with other dealers on price and service. Dealers make their money on continued service dealer installed accessories, and used cars and not on the original purchase price of the car.

For a fully electric car company like Tesla the traditional franchise dealer model does not work. First there is the issue of service and maintenance. Electric cars require less service so there is less of an opportunity for traditional dealers to make a profit. Second Tesla’s business model eliminates price competition. The price of the car is set and there is no negotiation, dealer incentives, or cash back offers. Current manufacture who do offer an electric vehicle even have had a hard time selling that vehicle at the franchise dealers due to lack of knowledge from traditional car salesmen.

These considerations prompted Tesla to sell directly to consumers after they have configured their car on-line essentially creating a custom vehicle for that individual owner. You cannot walk into a Tesla dealership but instead walk into one of their many Galleries locates in shopping malls or convenient commercial spaces. In states where Tesla has not received permission to directly sell to consumers the galleries cannot take orders, provide test drives nor give any advice on how to purchase a car except please visit the Tesla.com website for additional information.

2 recent state North Carolina and Connecticut have made headlines in their attempt to stop Tesla from directly selling vehicles to consumers. The franchise dealer lobbies are strong in both of those states and are mounting a strong opposition against Tesla despite consumer sentiment in favor of allowing Tesla to operate in those states.

What do you think? Should Tesla be able to sell cars in all 50 states?

Wanderer wrote on May 9, 2016 - 6:38pm Permalink
Officially, in Texas, those Tesla galleries are forbidden to: ".Discuss purchasing, financing or leasing one of Tesla’s vehicles .Tell customers the price of a Tesla vehicle or how they might reserve one .Offer test drives .Refer customers to an out-of-state store that does any of those things" So the question is: How can law-abiding Tesla have been able to repeatedly take numerous $1,000 deposits in-person at Tesla-banned Texas and other states in the US?
Jason Cobb wrote on May 9, 2016 - 11:16pm Permalink
Those that reserved the model 3 in the "illegal states" simply used Tesla's computer to place the reservation. Since the details of the car were unknown at the time the Tesla staff only facilitated the Internet connection that allowed them to place the reservation thus complying with the law. When the reservation holders actually configure their vehicles later in 2017/2018 the same rules will apply and Tesla employees can only refer them to the Tesla.com website for additional purchasing information.
Honey boo boo wrote on May 9, 2016 - 9:57pm Permalink
Not a single person "bought a Model Ξ. Instead they secured the "right" to purchase a Model Ξ at a future date. No existing laws were broken
Jason Cobb wrote on May 9, 2016 - 11:17pm Permalink
Good point! Hopefully it will be legal once they begin to place orders in the design studio.
Terry Robb wrote on November 28, 2016 - 8:40pm Permalink
Every big city is complaining about pollution and there may be certain laws to check the gas guzzler vehicles emission system. All these cities should be welcoming Tesla no matter how the vehicle is sold