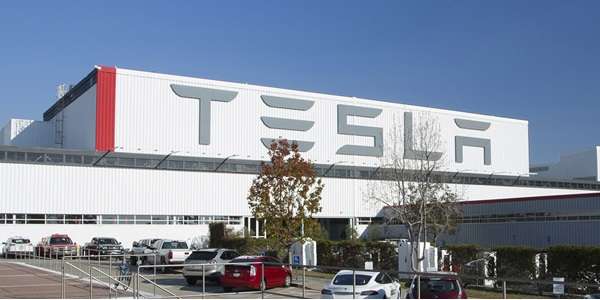 Tesla confirms they are on track to deliver the Model 3 in late 2017 and increase their production capacity to 500,000 vehicles by 2018.
Advertisement

On March 31 2016, a date that will live in infamy for EV enthusiast, Tesla Motors began taking pre-orders for a new car that no one had seen and would not be delivered for almost 2 years. By the time they actually introduced the car to the public later that night Tesla already had over 150,000 pre-orders, and after a few days that number has grown to over 400,000 pre-orders. Tesla expected a fraction of the pre-orders and were extremely excited and overwhelmed at the popularity of their 3rd Generation car. Elon Musk took to Twitter to announce “Definitely going to need to rethink production planning...”. In Tesla’s Q1 update they affirmed they are advancing their production build plan to 500,000 units by 2018 two years earlier than previously planned.

3 Things Before Tesla Model 3 Rolls Off

Several important pieces need to fit into place before the Model 3 rolls off the production line in Fremont, California.

First the new Gigafactory in Nevada needs to be up and running to build the battery packs for the Model 3. Tesla confirmed the Gigafactory rollout is continuing and is on target to begin producing packs in late 2016.

Second the Fremont factory needs to be built out with the additional assembly lines. According to Tesla this may require additional capital and will limit their ability to be net cash flow positive, the upside is they will be able to deliver more cars and convert the pre-orders to actual sales and bring in that pool of billions of dollars in reservations.

Third and this may be the biggest challenge is Tesla needs to get their hundreds of vendor’s on board and deliver high quality products on time. Logistics and vendor reliable has affected Tesla in the past when delivering the Model S and X hopefully with the stakes higher Tesla and their partners will deliver.

While most of the focus is on the Model 3 launch and build out Tesla still has to sell and deliver on the Model S and X. Both vehicles are selling well with the Model S orders increasing 45% compared to a year ago. Model X delivers continue to rise as Tesla satisfies the back log of pre-orders. Both Model S and X delivers are expected to be in line with expectations at 80,000-90,000 delivers in 2016.

Tesla certainly is facing some challenges as all car companies do however their strong financials, product demand and outlook indicate we will be seeing more and more Teslas on the road in the near future.

Tesla Giga Berlin's New Hurdle: It's Not Only the Gov't, but Now Tesla Itself
Teslas Are Sold Out Until 2023, But The Timing May Reverse
END_OF_DOCUMENT_TOKEN_TO_BE_REPLACED