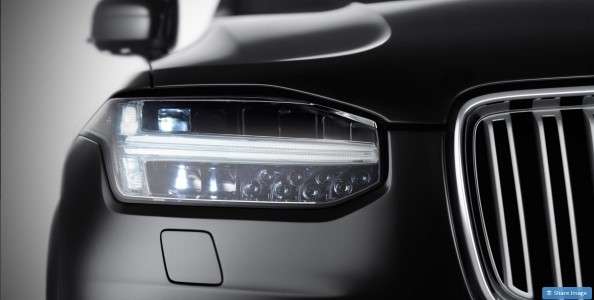 While Audi might be kicking and screaming while they drag themselves into the electric car market there is another company that finally woke up and is running to join the pack. VW is still reeling and treading through the quagmire that they created with dieselgate.
Advertisement

Meanwhile as they languish in their own foolishness and lack of foresight Volvo is off and running and appears to be determined to catch up. While they have a long way to go they are at least now in the race.

Volvo recently announced that they plan on making a plug-in hybrid (PHEV) of every model they sell by 2020. It also expects all of it's PHEVs to account for 10% of the company’s overall sales by that same date. Volvo isn't the first company to make this leap to electrification, but it is obviously reacting to the changing worldwide marketplace.

In the wake of dieselgate, Europe is doing some serious self-reflection and evaluation of their mistaken choice to rely on diesel as a chosen transportation fuel. At least VWs Audi group was already walking down the path of Electrification so they aren’t as behind as they could have been.
Now stepping onto the world stage with a bold prediction is Volvo. According to an article on Wired.com, Volvo’ President and CEO stated, “We believe that the time has come for electrified cars to cease being a niche technology and enter the mainstream,” Håkan Samuelsson, Volvo’s president and CEO.

With this commitment from the top and an infusion of cash from a Chinese automaker Geely to the tune of $11 Billion they should be able to make this transition happen. Geely bought Volvo in 2010.

The Volvo S90 and S60 sedans will both get the first upgrade to become hybrids with pure EV range of 27 miles from an 87 HP Electric Motor. The PHEV versions will also have 400 HP turbocharged 2.0-liter engines. The XC90 SUV will also be offered in a Plug-In Hybrid and will arrive in the US this fall.

Based on my Plug-In Hybrid travels in my Ford C-max Energi, I can attest to the ability to drive almost half of your daily vehicle miles traveled with only a 20 miles EV range battery. By Volvo making these offerings with 27 miles of electric range, on average, most American Family’s that drive 40 miles a day will easily see more than half their daily miles be electric.

According to the US Energy Information Administration, the USA consumed 136.78 Billion gallons of gasoline daily in 2014 (last full year numbers available). As more and more car companies move toward PHEVs and smaller EV battery packs of 30 miles or less will significantly dent the amount of gasoline consumed each day.

For example, if we conservatively estimate the PHEV market adoption rate could approach 25% of the new car market (not so far fetched since Norway is already at 22% of new car sales) and half of the vehicle miles traveled are electric we can see how this impacts our national gasoline consumption.

By taking a ¼ of the daily gas consumption market and reducing it by 50% means the potential number of gallons of gasoline not burned would be 17 Billion gallons a day. So how much would that be in 1 year? We could lower the USAs consumption by over 6.2 Trillion gallons of gasoline! At $2 a gallon that savings equates to $12.4 Trillion dollars. Can you imagine the impact this would have on the USA economy if we weren’t’ just burning the money?

The impact is clear. Are you ready? More PHEV and EV choices are being made available so make your next car a PHEV or EV.

Dawnna wrote on October 19, 2015 - 12:49pm Permalink
Please study a usage guide if you expect to be taken as a serious automotive news and information source: "Based on my Plug-In Hybrid travels in my Ford C-max Energi, I can attest to the ability to drive almost half of your daily vehicle miles traveled with only a 20 miles EV range battery. By Volvo making these offerings with 27 miles of electric range, on average, most American Family’s that drive 40 miles a day will easily see more than half their daily miles be electric." Most American Family's what?

Tesla Contemplates A New Strategy for China Retail even As Sales Boom
Jay Leno on Elon Musk & EVs: “I Think He Should Get ... Credit"
END_OF_DOCUMENT_TOKEN_TO_BE_REPLACED