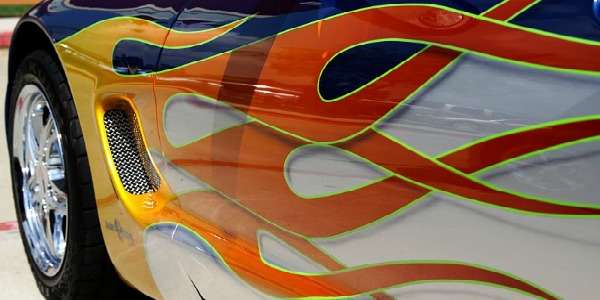 Larry's purchase of a 2002 Corvette Coupe gave him the project he wanted to keep him busy during a difficult time of his life, and the Baton Rouge Corvette Club offered him much-needed fellowship.
Advertisement

Sometimes when we face a crossroads in our lives, we seek comfort through changing our situation or bringing new things into our lives. This was the case with Larry Barrios and his 2002 Corvette Coupe.

After losing his wife to liver cancer in 2009, Larry bought an Electron Blue Corvette Coupe, and found that the built-in community available to him was exactly what he needed during the time of his grief. “The Corvette Club in Baton Rouge offered the fellowship I was seeking to help deal with my loss,” Larry explained. It also gave Larry a way to occupy his time, as well as his mind, when he was away from work and others.

Although he bought the Corvette as Electron Blue, the beauty has since had a full-custom paint job, Larry told us. Blue and silver with orange and red flames are now running the length of the car, and the hood boasts the same flames. The underside of the hood features polished stainless-steel panels, which Larry explains produce mirror images of the custom engine work, with blue marble hydrocarbon finishes on all engine covers. 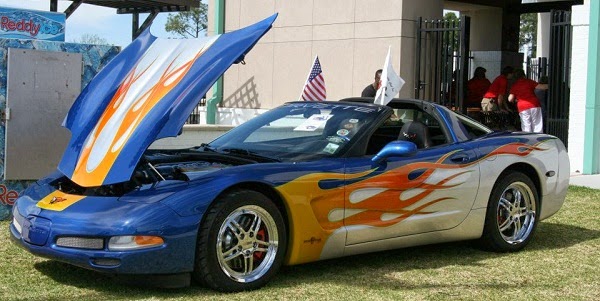 The interior has seen attention from Larry’s custom eye as well, bringing the same blue marble hydrocarbon finish to parts of the interior of the car. Larry also added custom seats with blue suede inserts and stitching to match the flames on the exterior.

From Stock to Stunning

Overall, Larry says, the car is not recognizable as the same 2002 Corvette Coupe he bought in 2009:

The car was bone stock when I bought it from a local Chevy dealership. I've done paint, interior, wheels, tires, exhaust, brake upgrades and a six-disc CD changer and Kenwood stereo.

Today, the 59-year-old from Baton Rouge, Louisiana, spends his work-week doing financial security for a local company, but his free time is largely consumed by his love for his Corvette. “I am on the Board of the Baton Rouge Corvette Club and a member of the Greater New Orleans Corvette Club. I have done countless shows all over the southeast and in 2011, I did the Hot Rod Magazine Power Tour, starting in Georgia and ending in Indianapolis.” 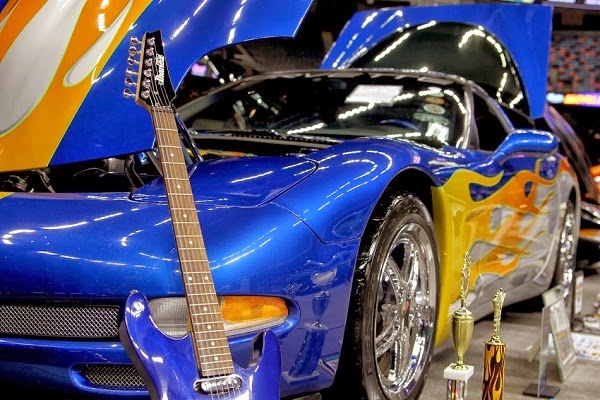 Larry’s work and dedication has not gone unnoticed, either! The object of his meticulous eye has won about 45 awards so far, including three World Of Wheels shows. Additionally, it was featured in the 2013 National Corvette Museum Insurance calendar.

Other Readers' Rides of interest to Corvette lovers:
When I was buying this Corvette the salesman slammed his hand on his desk
As soon as the salesman started it I was in love: one Corvette tale