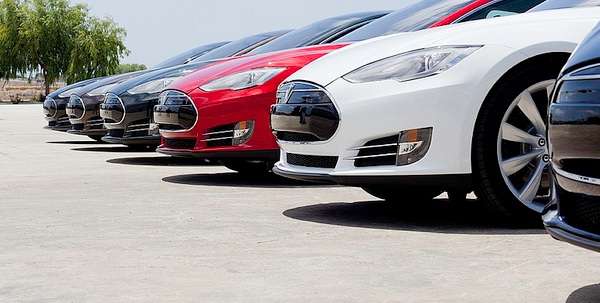 Tesla’s game-changing sedan will not be called Model E

The hyped Generation III vehicle due to begin production in 2017 remains nameless, as Tesla has dropped its pursuit of the trademark “Model E.”
Advertisement

Tesla’s first two models, excluding the low-volume Roadster, are the high-end Model S and the equally expensive forthcoming Model X. The company has always had its sights set on accelerating widespread electric vehicle adoption, which means bringing their vehicles to the masses by producing a more affordable third generation model.

Set for 2017 production, the vehicle is expected to achieve 200 miles of range with a starting price in the vicinity of $35,000.

We had almost gotten used to referring to the upcoming third generation Tesla vehicle as “Model E.” The company filed for the trademark in August 2013, and Tesla fans were enthused at the likelihood that the electric automaker’s first three mass-produced models would bear the monikers S, E, and X. Coincidence? Perhaps not.

On Tuesday, though, Autoblog reported that Tesla has abandoned its Model E trademark. Toward the end of last year it was noted that Ford had also filed for the same name for reasons that were unclear at the time. The blue oval may be concerned that the upstart is coming dangerously close to the iconic Model A and Model T names. Now, it appears as though Tesla no longer pursuing the Model E moniker.

This news will surely restart the rumor mills. Will Tesla stick with the dull letter theme and let the cars themselves, rather than their names, do the marketing? If so, what letter of the alphabet is next in line? Tesla also applied for the trademark of "Model Y," which could be a reference to Generation Y that may be the target demographic for the upcoming model.

On the other hand, if “E” would have represented “Electric” or maybe “Everyone,” many other potential initials come to mind: M for the Masses, F for Future, Z for Zero-emission...the possibilities are limited only by the number of letters that other automakers have not already called dibs on.

The more interesting alternative is that Tesla could split with their own convention and give the Gen III model a full name. If that will be the case, the company will choose a name that has some great meaning to Elon Musk and his vision of an electric transportation future. Until Tesla reveals the official name sometime before the expected prototype launch in early 2015, the speculation should be fun.