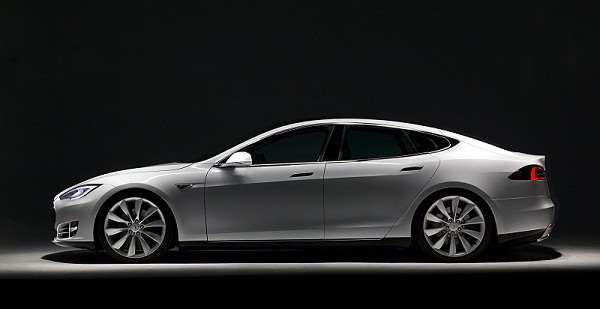 Pennsylvania decides to allow Tesla stores, but not very many

Continuing the highly publicized saga of Tesla’s state-by-state attempts to sell its electric vehicles direct to consumers, Pennsylvania has voted to compromise.
Advertisement

Pennsylvania is not the first state that comes to mind when one thinks of electric vehicles. In fact, outside of the Philadelphia area my home state has been very slow to adopt electric vehicles and as a result lacks the associated charging infrastructure. The status quo is not set in stone, however, and Tesla hopes to be legally permitted to take advantage of changing perceptions in the state.

The Pennsylvania Senate this week voted to permit Tesla to open stores for selling vehicles directly to consumers, but set a cap on the number of stores at five. The company currently has one store location in King of Prussia with another planned in nearby Devon. The senate approved the bill unanimously, sending it on to the state House for likely passage.

Automotive News reports that the legislation was carefully worded to apply only to Tesla.

An amendment to the original pro-Tesla bill

While this may seem like good news, Tesla had hoped for more. The original bill placed no cap on the number of stores Tesla could legally operate within Pennsylvania, and the Alliance of Automobile Manufacturers took strong exception.

The group, representing 12 other automakers, previously had not taken a stance on the Tesla vs. dealers fight but was uneasy about the “non-level playing field” that would be created in Tesla’s favor if the Palo Alto-based startup could open unlimited stores for direct sales to consumers in Pennsylvania.

The alliance’s worries seem reasonable enough – one of the main gripes was that the bill was crafted specifically for Tesla and would not permit other automakers to sell directly in Pennsylvania if they so desired. And we are already finding out that Tesla’s sales model is far more effective and desirable than the traditional methods the rest of the automotive industry is stuck with, though whether it can maintain its effectiveness through a ten-fold increase in sales volume remains to be seen.

As a result, the bill was watered down to restrict the number of Tesla stores in the Keystone State to five. Interestingly, the state’s auto dealer association supported the original bill with the belief that it is better to appease Tesla and the weight of public opinion in exchange for preserving the franchise laws applying to larger manufacturers.

This result reflects recent changes in Pennsylvania’s neighbor states. Ohio, New Jersey, and New York are all in various stages of compromise on the number of stores they will allow Tesla to open; Ohio capped the number of Tesla-owned stores at three, New York at five, and New Jersey is working on a limit of four stores. Indeed, Alliance spokesman Dan Gage said “we support the current cap as it is in line with neighboring states.”

As John Devlin, president of the Pennsylvania Automotive Association that represents PA dealers, pointed out: “Legislators did a good job of giving everyone something. It always requires some give and take.”

That is the unfortunate reality, although it could be effectively argued that Tesla should not have to give at all. The electric automaker is doing everything it can to shake up the unsatisfactory aspects of the automotive industry, from its all-electric vehicles to its patents to its business model, and we believe it should be permitted to do so in the way it sells its vehicles.

Tesla is so radically different from traditional automakers that it is almost laughable that the company should have to adhere to the same think-inside-the-box sales strategy.

At present, Tesla poses little threat to dealers – that is why it has made it this far with its damn-the-middleman stores and online sales. However, the sleeping giant that is public opinion is stirring with unease, and Tesla is wielding the stick that poked it. Other automakers and consumers are beginning to ask why they must do as has always been done when it comes to selling and buying cars.

Another potential sticky situation lies down the road. At what point will Tesla begin bumping its head on the ceilings that legislators have built in certain states? Three stores in Ohio, four in New Jersey, and five in New York and Pennsylvania are more than enough to satisfy demand now, but what about in a few years when Tesla is churning out hundreds of thousands of vehicles annually? These limits will almost certainly have to be revisited at some point, and it will be interesting to see what chaos ensues.

Weapon wrote on June 28, 2014 - 7:46pm Permalink
The amount of stores Tesla is allowed to have is irrelevant. Tesla only needs 1 store minimum per state really regardless of how many they plan to sell. The reality here is Tesla does not need the store in itself, but the ability to do the paperwork and financing/leasing assistance for the customer. That is what really matters here. Tesla can have 1 store and 100 galleries, the end result would be the same. The only thing they would need with growing sales is service centers. And from my understanding, none of the laws limit the amount of service centers which are separate from the store/gallery. So while it might seem like a compromise, in reality this is everything they really want. The compromise is only "symbolic" but has no relevance.