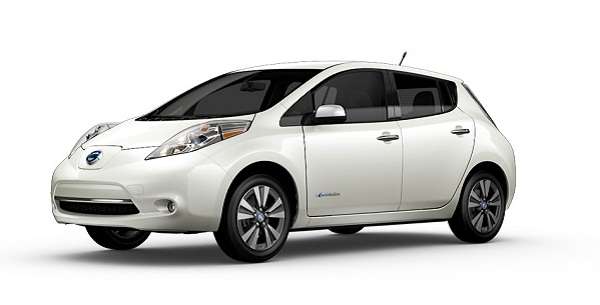 Nissan is recalling certain 2014 LEAF vehicles built within a 13-day period that may be missing critical spot welds. The good news: very few vehicles are affected by this serious problem.
Advertisement

Recalls in the automotive industry are never a good thing. Sometimes they are for minor repairs or software adjustments, sometimes they are necessary to save lives. GM has likely learned its lesson about recalling problem vehicles with the recent ignition switch fiasco. Recalls also are not cheap for the automaker, especially in extremely rare cases where the entire vehicle must be replaced.

Luckily for Nissan, the recall issued for certain 2014 LEAFs built between February 28, 2014 and March 12, 2014 only applies to 211 vehicles in the United States and another 65 in Canada. The cause: possibly missing spot welds on a front structural member.

Without the welds in question, the occupants of the affected vehicles are far more vulnerable in a frontal collision. Thankfully no injuries or deaths have yet been reported as a result of this manufacturing boo-boo, and Nissan has rightfully offered to replace the vehicles in question free of charge.

Replacing an entire vehicle for free is obviously expensive for Nissan. However, of the 276 total vehicles recalled for inspection, Nissan anticipates only a small number will require replacement.

The National Highway Traffic Safety Administration actually issued the recall in question back in April (via Autoblog). NHTSA sent out a tweet this morning to remind the public of the issue; if your vehicle could be affected, you can contact Nissan at 1-800-647-7261 if Nissan doesn’t get to you first.

Nissan also was forced to recall 29,000 LEAFs in March for an airbag software problem. The current recall is certainly not good publicity and it’s unclear how it happened, not to mention the severity of the defect could have led to injuries or deaths. Fortunately for the world’s best-selling electric car, though, only a small number of vehicles were affected and Nissan seems to have caught the issue fairly quickly.