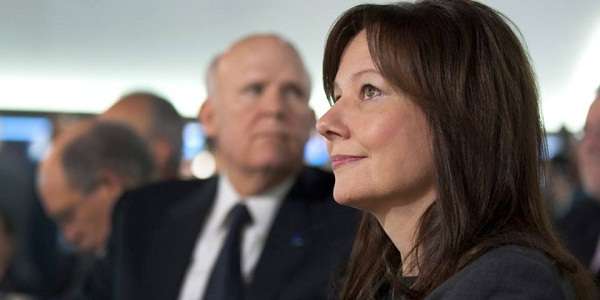 For the last few years, GM has been on the comeback train by building better quality products and shaking up their product mix. This positive momentum has just been derailed by a huge failure to report a decades old problem and to conduct a timely recall. The recall lapse has all the markings of a train wreck. Here is what you need to know.
Advertisement

In case you missed the news, GM is recalling approximately 1.6 million Chevrolet, Pontiac, Saturn and Opel vehicles for problems with the ignition switch. When GM first introduced this recall, they claimed that only Chevy Cobalt and Pontiac G5 sedans were affected. They also claimed that most people just needed to remove all objects from their key ring besides the key. Since that initial statement, things have grown substantially. Officially GM has this recap of the issue:

While the recall itself isn’t terribly bad, the problem deals with the timeline. As the story goes, GM first heard of the issue in field report back in 2005. They responded by working with their supplier to redesign the part and the manufacturing of it. This new piece and process was implemented in 2007 model year vehicles. However, GM never announced a recall of the models that were equipped with the bad part.

GM also didn’t even announce a formal inquiry into the issue until 2011 after several crashes of 2007 and earlier vehicles in which the air bags didn’t deploy. It, then, took GM until just a month ago to issue a recall.

The Tread Act, passed in the fall of 2000 in response to the Ford Explorer and Bridgestone/Firestone scandal, requires automakers to respond to recalls in a “timely manner.” This recall, on the surface, doesn’t seem to have been handled as “timely” at all.

GM’s new CEO Mary Barra has been leading the charge to salvage the company’s reputation and contain the fallout. She is reportedly working around the clock to handle the recall head on.
"Our company's reputation won't be determined by the recall itself, but by how we address the problem going forward," Barra wrote in a message to employees last week. "What is important is taking great care of our customers and showing that it really is a new day at GM."

Barra went on to say that her executive team “acted without hesitation” when the matter was brought to them a few weeks ago. She has vowed to conduct an “unvarnished” internal review.
Since the recall, GM has avoided looking like they are hiding anything. Many GM executives have spoken publicly on the matter (a bit unheard of). There also has been an op-ed published in USA Today and GM has responded quickly to social media complaints.

On Monday, March 10, 2014, GM issued a statement that they are bringing in a team of lawyers to do an internal probe. This team is headlined by none other than Anton Valukas. You may remember this attorney as the guy who brought down Lehman Brothers.

Shortly after GM announced the recall, the NHTSA said it was launching its own investigation. The investigation is reportedly going to look at the recall timeline and how GM responded to the issue (reports say GM is working on a second, new timeline). If the NHTSA finds that GM didn’t act in a “timely” manner, the NHTSA could issue a fine as large as $35 million.
Late last week, the NHTSA sent GM a 27-page document with 107 questions that GM needs to fill out and respond to by April 3, 2014. It is reported that GM’s response could be several hundred pages long.

"Did the company or regulators miss something that could have flagged these problems sooner? If the answer is yes, we must learn how and why this happened, and then determine whether this system of reporting and analyzing complaints that Congress created to save lives is being implemented and working as the law intended," U.S. Rep. Fred Upton, R-Mich., chairman of the committee, said in a statement Monday.

Upton was one of the members calling for the hearings. He said he is particularly interested in how GM and NHTSA both failed to recognize the safety defects and trends.
“Here we are over a decade later, faced with accidents and tragedies, and significant questions need to be answered,” Upton said in a statement. “Did the company or regulators miss something that could have flagged these problems sooner? Americans deserve to have the peace of mind that they are safe behind the wheel."

Ultimately, this GM recall blunder comes at a critical time for the company: their sales have been rebounding, the new leadership team is trying to lead the way to better products and they have been working hard to lose the “Government Motors” moniker. Barra is right when she says it will matter more on how GM responds than the recall itself. With millions of dollars on the line and GM’s reputation, GM stakeholders hope Barra handles it right.

Gary Gentry wrote on March 11, 2014 - 6:08pm Permalink
Wondering when gm will admit the v6 camaro gen5 2010-2014 has the m6 faulty transmission, pops out of gear stalling the vehicle amongst moving traffic.
Charlotte Omoto wrote on March 13, 2014 - 9:58pm Permalink
What is the definition for a recall to be "terribly bad"? I read in my local paper that GM would provide free loaner cars until the repairs can be made and $500 toward a purchase of a new car, but only if an owner of a recalled vehicle requests it. On the NHTSA site nor with GM site is that information given. So I wonder how many of the 1.6 million recalled vehicle owners are aware of that?
Tim wrote on March 14, 2014 - 9:11am Permalink
I just heard about the $500 offer yesterday. With this recall being an ongoing saga, there will be new pieces of information like this. Like I said above, the recall really isn't that bad. What's bad is that GM waited so long to process it.
Charlotte Omoto wrote on March 14, 2014 - 12:59pm Permalink
It is increasingly looking "terribly bad" after an independent analysis commissioned by Center for Auto Safety shows over 300 fatalities of failure of airbags to deploy in the same model/year of autos recalled by GM.