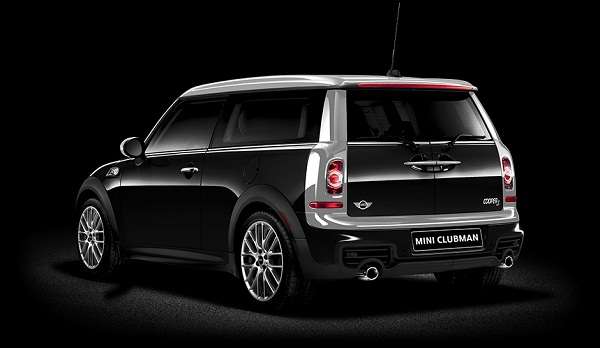 It is not a secret that BMW is making big moves in the electric vehicle segment, particularly with the ground-breaking i3 and i8. It is looking increasingly likely that the automaker will bring plug-in technology to the Mini brand sometime next year.
Advertisement

The Mini brand has found a comfortable niche here in the United States, and it won’t be long before a plug-in model is introduced. On top of previous hints and speculation, Motoring File reports (via InsideEVs) that high-level sources have all but confirmed the arrival of a plug-in Mini Clubman in the second half of 2015.

“Sources have been telling us for more than a year to expect something special in the drivetrain in the next generation Mini Clubman,” says Motoring File. “When Mini releases the 2016 Clubman next year, we believe they will also introduce the brand’s first hybrid model.”

Given that a separate source hinted that the Clubman will get all-wheel-drive in at least one configuration, it is easy to connect the dots to reveal an AWD plug-in hybrid version.

Not many plug-in production vehicles currently available offer all-wheel-drive, which is somewhat surprising given the relative ease with which electric motors can be integrated and packaged. The newly unveiled Tesla Model S P85D is the most prominent example, though the BMW i8 may still be the coolest AWD plug-in vehicle on the market today.

Mitsubishi’s Outlander PHEV boasts an impressive AWD system, but will not hit the U.S. market until late next year at the earliest. BMW plans to release its X5 eDrive plug-in hybrid, which will have an electric motor powering the rear wheels, in the second half of next year as well. The Porsche Cayenne S E-Hybrid, Tesla Model X, and Volvo XC90 round out the group of AWD plug-ins on the horizon.

Into this elite club will step the Clubman PHEV in the second half of 2015, and it figures to be an appealing vehicle at a far lower price point than any of the other entrants.

InsideEVs speculates that the Clubman PHEV will get the same powertrain as the BMW 2-Series Active Tourer plug-in hybrid. This would likely mean a de-tuned version of the 1.5L turbo three currently found in the i8 (and the new Mini Cooper) and an electric motor borrowed from the i line or X5 eDrive, which uses a 95-hp unit, to power the rear wheels.

The 2014 Cooper Clubman S offers 181 hp, which would almost certainly be bested by the maximum output of an AWD plug-in hybrid version. Using the larger Clubman rather than the Cooper hardtop could also allow Mini to fit the necessary hardware without sacrificing the rear seats, though limited space for the battery would probably limit all-electric range to about the level of the X5 eDrive, or close to 20 miles.

Granted, annual Mini sales are modest to begin with, but a PHEV Clubman with all-wheel-drive would present an attractive option for budget-conscious customers looking for an AWD plug-in.