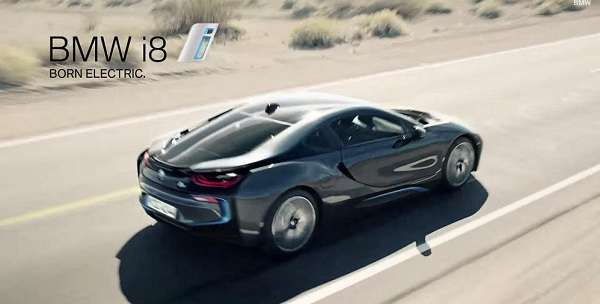 BMW i8 ad campaign will give you the chills

Some automakers have failed spectacularly at marketing their plug-in offerings. After the spine-tingling launch of the i8 global campaign, it is clear that every automaker should take lessons from BMW.
Advertisement

BMW has officially launched the global ad campaign for its i8 plug-in hybrid electric supercar and it is spectacular.

The German automaker spared no expense in marketing the groundbreaking i8 – the campaign is comprised of three different minute-long TV spots accompanied by seven print ads. The TV spots were directed by Gus Van Sant, best known for his role as director of Good Will Hunting, and feature high-profile actors Michael Pitt of Boardwalk Empire and British actor/actress pair Sam Hazeldine and Mickey Sumner.

The videos are as dramatic as car advertisements get. Highlighting the journey of the i8 from dream to reality and the radical change it represents, the TV spots are named Genesis, Powerful Idea, and Attitude. All three video segments begin with the words “I am the impossible” and end with “I am the possible.”

The actors and production crew do a phenomenal job of presenting the i8 as more than just a high-performance supercar, but as a revolutionary idea that came to life against the odds. In the words of Pitt: “I am the victory – over fear, over doubt, over reason.”

The TV spots will give viewers the chills. It is obvious that the BMW i8 would sell itself based on its looks and reputation alone, but the automaker has invested a great deal in the electrification and carbon fiber lightweighting technology used to bring the i8 to life and it wants to emphatically let the world know that it succeeded.

The BMW campaign is a far cry from that of some other electric vehicles, most notably the sad marketing attempt of General Motors for its sleek Cadillac ELR plug-in hybrid. Tesla does not bother advertising for Model S, but if it chooses to launch ads for any of its upcoming models it would do well to study what BMW has done with the i8.

It helps that BMW has such an inherently desirable vehicle to sell, but the emotion the i8 videos inspires is what the marketing efforts of other high-profile electric vehicles should strive to achieve.