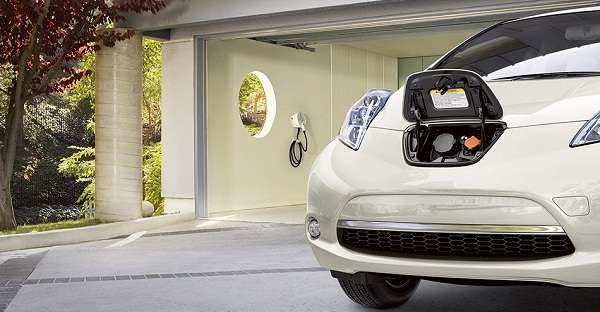 Sales of electric vehicles were merely respectable in January and February but ramped up in March as winter reluctantly faded away.
Advertisement

Despite brutally cold weather in the first two months of 2014 for much of the US, electric vehicle sales improved by 25% over the same period last year (courtesy of Inside EVs). January and February set the stage for a strong month nearly across the board for EV sales in March. For the month 9,376 electric vehicles were sold, which represents a 17% increase over last March's 7,982 units.

March sales were highlighted by the Nissan LEAF, which moved 2,507 units in the month. Just shy of its own monthly sales record set last December, this represents a 12% increase over March of last year, the first month following a significant price cut. Nissan has sold 5,184 LEAFs year-to-date, which is a 46.5% improvement over last year’s totals but is skewed by the price cut that didn’t occur until after January and February of 2013.

The Toyota Prius plug-in model nearly doubled its March 2013 numbers, posting 1,452 sales that may have been inflated by vanishing HOV lane access stickers for plug-in hybrids in California. For the year, though, Toyota has moved 3,297 vehicles or 42% more than last year to this point.

Ford’s plug-in vehicles continued their strong showing with 1,686 electric vehicles moved in March, posting sales of 899 for the Fusion Energi, 610 for the C-Max Energi, and 177 for the Focus EV. For comparison, the Fusion sold 779 in February and the C-Max sold 552 (and 494 and 295 in March 2013, respectively) while the Focus EV has dawdled in the one-hundreds every month since last January.

Tesla – well, they don’t post monthly sales figures, so stay tuned for quarterly results. They also will begin exporting vehicles to Europe and China in increasing volumes, so US sales data won’t paint the whole picture.

Expect BMW i3 sales to begin showing up in late April, as the first vehicles are just beginning to arrive via ship on American shores.

The Chevrolet Volt is the lone electric disappointment for the month of March. The Volt exactly equaled its March 2013 total of 1,478 vehicles. For the year, Volt sales are down 15% at just 3,606 units. After the slight decrease in sales from 2012 to 2013, the Volt is not off to a good start this year and looks like it could really use that 2nd generation model sooner rather than later.

Looking forward, 2014 promises to be a strong year for the Nissan LEAF based on sales for the first three months as satisfied owners continue to spread the word. The Prius plug-in and Ford’s plug-in lineup will continue to post strong numbers, though they may have been inflated slightly by the motivation to get those HOV lane green stickers before they’re gone. Tesla has projected 35,000 units for the year globally, and they exceeded their estimate in 2013 so there is reason to believe it’s not an unreasonable projection. Despite the Volt’s struggles it will still sell somewhere in the 20,000s.