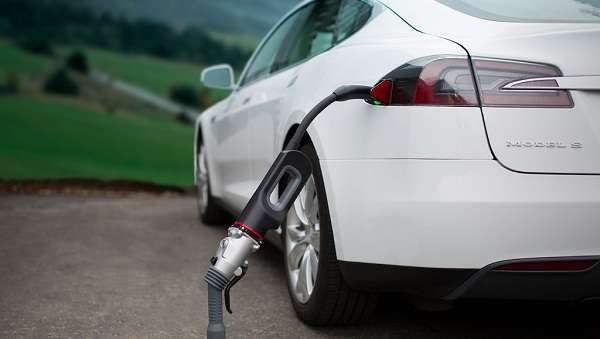 BMW, Nissan, and Tesla – the big three EV makers want to team up on fast charging

The nascent electric vehicle industry still has not agreed on a universal standard for fast charging, but that could soon change if the three biggest players in the EV industry join forces.
Advertisement

Electric vehicles have only been around in force since late 2010, and even then the Tesla Model S and BMW i3 were still far from realization. Given that fact, it is not all that surprising that competitive automakers have not yet agreed on a universal standard for DC fast charging that is essential to the long-term prospects of electric vehicles.

Fortunately, that could soon change. With apologies to General Motors and their outstanding Volt plug-in hybrid, the three automakers most serious about pure EVs – BMW, Nissan, and Tesla – have engaged in talks concerning charging technology on the heels of Tesla’s patent release. Elon Musk indicated last week in a conference call that he had met with BMW executives who were interested in certain Tesla technology, and now the U.K.’s Financial Times reports that Nissan also wants in on the game.

The topic of conversation is DC fast charging and the standards used by the three automakers. Tesla employs a proprietary technology known as Superchargers that deliver power at an astounding 135 kW, enough to charge up a Model S to 170 miles of range in a mere half hour. There are currently 94 Superchargers in North America and several more in Europe and Asia, with many more on the way.

BMW is in on the SAE Combo standard along with the other U.S. and European automakers which has yet to catch on in large numbers, while Nissan is committed to the CHAdeMO standard that boasts over 3,600 charging stations worldwide.

The report cites sources from each of the three companies, including an anonymous executive. It is very possible, given that the news closely follows Musk’s announcement that Tesla will offer up its many patents including those concerning the company’s superior charging technology, that BMW and Nissan want to strike some kind of deal with Tesla.

Musk has also repeatedly indicated that he is willing to open the Supercharger network, which is free for Tesla owners, to other automakers for the good of the EV industry.

With the fragmentation of the DC fast charging industry, conflicting standards are holding back the growth of battery electric vehicles. A Tesla Model S requires an expensive adapter to charge at non-Supercharger stations, while the BMW i3 and Nissan LEAF cannot use the Superchargers at all. A universal standard would make fast charging any electric vehicle much more practical, especially for longer trips, as the owner wouldn’t have to worry about whether the station in question could accommodate his or her vehicle.

We could be looking at the beginning of a huge shift in DC fast charging technology that would greatly improve the value proposition of future electric vehicles. It remains to be seen what will become of the existing standards as well as the other automakers that currently adhere to the SAE Combo standard; adopting one universal standard would require compromise and engineering costs on the part of all automakers involved, but it would certainly be worth the effort.

Charlotte Omoto wrote on June 19, 2014 - 2:59pm Permalink
It certainly will be nice and promote EVs if the major players agree on and share their DC fast chargers. Just FYI the Tesla CHAdeMo adapter has been "coming soon" for months. Don't know if they really will make them available even for the expensive price.