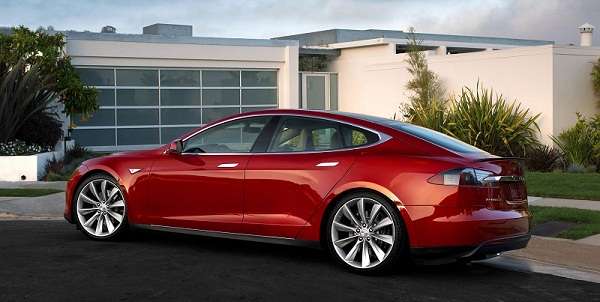 A new study brings an old topic back to the forefront: how much range is enough, and is it better to use battery advancements to decrease price without improving range or make electric vehicles go further on a charge?
Advertisement

The cost of lithium-ion batteries has fallen significantly in a short time and will continue to drop as the market for advanced electric vehicle batteries grows. The improvements pose a critical question to automakers: how much range is enough? About what we have now, according to a recent study. A researcher for the Oak Ridge National Laboratory, Zhenhong Lin, concluded as much in his paper Optimizing and Diversifying Electric Vehicle Driving Range for US Drivers, published in Transportation Science (via Charged EVs).

What the study found

The study closely examined 36,664 sample drivers for things like driving habits and charging infrastructure availability, concluding that for most people the current status quo of sub-100 mile range is adequate.

“The quantitative results strongly suggest that ranges of less than 100 miles are likely to be more popular in the BEV market for a long period of time,” according to the author. As long as battery pack costs remain above $100/kWh, which will be the case for a while, it mathematically makes the most sense to drive down vehicle costs through battery cost reductions rather than use those advancements to improve range.

No study is perfect, and this one is no exception. Whether or not a sub-100 mile range is actually feasible for these (or any) drivers, what matters is that the driver thinks it is feasible. Perception trumps reality when it comes to range anxiety, at least for the time being.

Though there is certainly a place for electric vehicles like the Nissan LEAF and its current 84-mile range, psychological barriers and the need for longer trips means that electric vehicles must diversify their offerings to include longer-range options.

Though the mathematically optimal range for the typical electric vehicle may be below 100 miles, humans rarely rely on cold logic when purchasing a vehicle. If they did, we would have a whole lot more Honda Fits out there. Even if 85 miles is more than enough for daily trips, its limitations without ubiquitous and reliable charging infrastructure relegate it to second-car status for all but the most dedicated.

Public charging infrastructure is headed in the right direction, but it has a long way to go. And even with DC fast chargers everywhere, it still wouldn’t make much sense to take a LEAF on a day trip that requires more than one fill-up, which largely rules out round-trip journeys longer than 150 miles (with the exceptions of a few adventures like this one taken by dedicated EV owners).

There is a tentative consensus that 120 miles is the threshold for electric vehicles to be considered practical for all but long road trips, which would still be possible with some inconvenience. Most automakers who are serious about the game are targeting 200 miles of range, most notably Tesla and GM.

Tesla was on to something when it chose to offer Model S with a choice of battery pack size. Nissan will likely give the next-generation LEAF several battery pack options, up to perhaps 150 miles of range.

Which brings me to my solution to the question of more range or less cost: offer both! Let the consumer decide if he prefers the cheaper, 85-mile version of the Nissan LEAF or the more expensive version with an extra 50 miles of range. As battery costs fall, the driver should be able to choose how he wants that cost reduction to manifest itself.

If the LEAF is offered with multiple pack sizes, and the 2016 Volt (as has been speculated) arrives with a cheaper version capable of less electric range, we will find out soon enough what most customers prefer.

Focusing battery developments on lowering the cost of the vehicle without improving range means eliminating a huge segment of the market that may want an EV as their primary vehicle but still need to drive it long distances on occasion. Studies like this one are useful, but ultimately there is no one right answer to how much range an electric vehicle ‘should’ have.

Bert Bigelow wrote on August 21, 2014 - 2:03am Permalink
At this point, EV makers should concentrate on making cars for multi-car families in urban/suburban areas. For the vast majority of them, 100 mile range is sufficient...or even the 80 mile range of my Fit EV. While that market is limited, it is still huge. When battery prices come down and/or energy density improves, they can offer cars that will appeal to a larger market segment. But it makes sense to pick the low-hanging fruit first. I know...I grew up on a fruit farm in Michigan.
mike w wrote on August 21, 2014 - 9:00pm Permalink
More range is needed to be practical. Everyone always talks about the 72 or 82 miles range the LEAF can deliver, but you have to run the battery all the way down to get it. A lot of people don't realize that the capacity of the battery will drop over time and your range with it. Our 2011 LEAF is averaging only 45 miles per full charge now. Tesla did it right first off when they offered 2 different size packs with a minim 200 mile range.
Bert Bigelow wrote on August 22, 2014 - 1:22am Permalink
Yes, but the Tesla starts at about $65K. So "right" is okay for a limited market who can afford that. I have a friend with one of the early Leafs. He has 40K miles on it in three years, and he has lost about 20% of battery capacity. That's in the mild climate here in southern CA. Colder weather knocks it down, but your loss of 40% seems excessive. I think it might be enough to trigger the Nissan warranty and get you a new battery for free. Check it out.
mike w wrote on August 22, 2014 - 4:23pm Permalink
Bert you are correct about the high cost of the Tesla. It would have been sweet if Tesla made the gen 3 first but they went with a car that was designed to be expensive. Sadly my Leaf is not even 3 years old with only 7500 miles on it. The battery capacity is already at 80% and there is one battery cell that is way underperforming per my "LeafSpy". Nissan has refused to admit that there is a defect in the battery and has already told me they will not replace the battery until it drops to 70%. capacity. Since I lost 15% capacity the first year and say 3% in the next 2 years it looks like I will not be eligible for a new pack under warranty. :( :( That 2016 Volt can't get here fast enough for me.
Bert Bigelow wrote on August 25, 2014 - 1:47pm Permalink
Tesla's strategy was correct. They saw that battery prices made the low-end car a marginal proposition at that time. So they built a luxury car for a few rich folks who could afford it...and in the process, gain some market visibility. It worked like a charm. They are now respected and admired, almost as much as BMW/Mercedes. Now they are doing the next step...a luxury SUV, slightly lower in price. Meanwhile, they are working on the Gigafactory to get battery prices down for the low-end car. In the process, they are changing their business model from a car company who buys batteries to a battery company that makes cars. It wouldn't surprise me to see them spin off the car business in a few years.
Michael Ross wrote on August 28, 2014 - 11:58am Permalink
I have 50 mile round trip commute. I plug the Leaf in at home and it is always fully charged - not ever driving off with a quarter tank knowing I need to find a gas station withe a decent $/gallon. No oil changes, no noise, no emissions, hardly any moving parts. I do this probably 40 weeks out of 52. For that I save at current gas prices a little less than a dollar every 10 miles compared to my ICE car. Maybe $1000 a year including oil changes. Gas is cheap-ish right now so it gets better. I also have solar panels at home (they pay for themselves). I have a charging station at work, but I don't need it except - exceptional times. What part of this doesn't make sense? I still have my paid for Scion xB (which has burned up $18000 in gas since I bought it) to take on a long trip. Or I could rent. If I mentally knock that $18000 of what I pay to buy a leaf - it is at least a wash, if not better. YMMV. If you can't plug in at home it is less attractive, but there are lots of ways to deal with it. If you can - it is very attractive. The paradigm shift is not having to concern yourself with ferreting out gas stations and jacking up the car to change the oil.