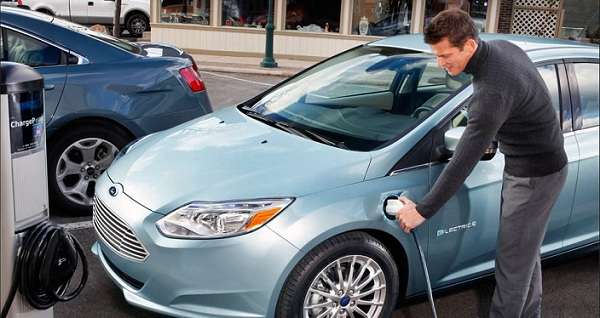 Are electric vehicles really “toys for the wealthy?”

Electric vehicles in general command a higher price tag than even hybrids and appeal to a tech-savvy crowd. A study by Experian Automotive breaks down the electric and hybrid vehicle demographics, with several statistics of particular interest.
Advertisement

Of more interest, however, is the household income of both segments. The study found that while over 12% of hybrid owners make more than $175,000, the percentage of electric vehicle owners with household income greater than $175,000 is close to 21%. Depending on your perspective, this may or may not be in line with expectations.

Given that the study did not consider the Chevrolet Volt, Prius Plug-in, Ford C-Max or Fusion Energi as electric vehicles, the third-highest selling pure EV was the Ford Focus Electric at just 1,738 units. The Tesla Model S was the second-highest selling EV considered just behind the Nissan Leaf. This classification would tend to heavily skew the data toward wealthy buyers, as the $70,000-$120,000 Model S accounted for roughly 40% of all pure electric vehicle sales in the US in 2013.

Despite this, nearly 80% of electric vehicle buyers reported a household income below what may be considered “wealthy” status. This could be influenced by tax credits and rebates; the temporary discounts make electric vehicles more accessible to those with moderate salaries. The statistic also doesn’t reveal a whole lot about what income bracket makes up the majority of EV buyers.

According to the study the average electric vehicle buyer is paying $549 per month for 58 months when financing their vehicle, compared to $467 over 62 months for hybrids. Considering the fuel savings of EVs the numbers work out pretty evenly, although it is unfortunately still out of the price range of the average American.

On the bright side, average lease payments on electric cars were just $263 compared to $386 for hybrids, so it may be worth considering a lease rather than a loan for your typical EV. And the fuel savings cannot be neglected; a pure electric vehicle can save well over $1,000 in annual fuel costs over a typical conventional vehicle.

Also worth considering is that the average purchase price of all new cars in the United States has surpassed the $30,000 plateau and shows no signs of decreasing, and in the years to come electric vehicles will close the gap in sticker price. We’d still like to see more low-cost options in the electric vehicle market, but the picture isn’t necessarily as grim as some would have you believe.

Parks McCants wrote on April 25, 2014 - 3:15pm Permalink
Yes and no Luke. Why you are accurate in your assessment as to what constitutes " wealthy" in North America, you've missed one or two key points of fact. The average median family income in the U.S. for 2012 was $51,000, with a high of $70 K Maryland ( you know D.C.) and Mississippi @ $30 K.. The nation as a whole is teetering on the edge of insolvency. Today in the US., there are more cars on the road,10 years or older, than at any time in recent history. While we can point to the average retail price of an I.C. automobile as a justification for EV pricing, sales remain lack-luster due to the general condition of the U.S. and World economy. And that other thing, available quick-charge infrastructure. Remember Luke: 65% of all American households rent... And yes, the EV will remain a toy for the "wanabe" Eco conscious, well- heeled 2 percent-er... for years to come. It's just a matter of time before D.C. abandons federal subsides for EV manufacturing and consumer purchase. Thanks for the informative read.
Luke Ottaway wrote on April 25, 2014 - 4:53pm Permalink
We will have to agree to disagree there, Parks. You make a good point about median income, and the rising average price of new cars is one of the contributing factors to people keeping their vehicles on the road longer than ever. And if our wealth wasn't concentrated quite so much at the top, no doubt more people would be able to afford EVs and new cars in general. However, though many EVs are toys for eco-conscious wealthy people, the point here is that it isn't the case for all EV owners. About 80%, in fact. My parents, for example, bought a LEAF because it made financial sense. As you point out, there is still a great need for infrastructure to bring apartment-dwellers into the fold, but it will happen. I certainly hope it isn't a matter of time before the subsidies are abandoned, because they will be needed for the next few years. It was smart, I think, that they planned the subsidies to expire for each manufacturer after reaching a certain volume of electric vehicles (200,000)...though states may roll back their rebates, I expect the federal government will stick to theirs.
Stan Morris wrote on May 23, 2014 - 11:19pm Permalink
My wife and are retired and have an income under $100,000. We leased a Nissan Leaf, because the monthly cost of the Leaf is about what we used to spend on gasoline. But the insurance is much higher. We have an electric array so the cost of electricity is not a factor. We like it. We don't have a supercharger, so we just come home and plug it in for the night on our 120 volt outlet. I used a plastic Folgers coffee container to make a holder for the plug cable and screwed it to a post where we park. My wife would like a longer range, so we could drive it to see her mother. That may be a feature, not a bug.